Book 1 in the Buckhorn Brothers Series 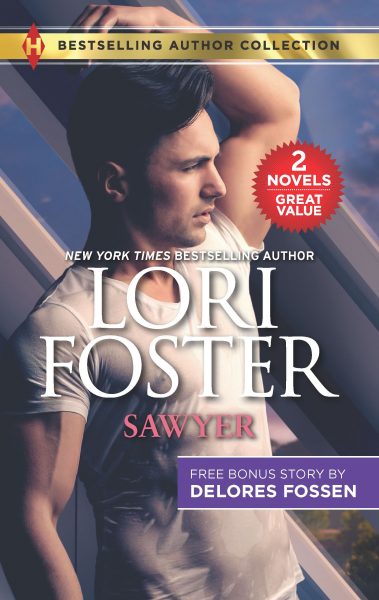 This story is also published as Finally Home

Book 1 in the Buckhorn Brothers Series

A bundle featuring Lori’s novel Sawyer and Cowboy Above the Law by Delores Fossen, a special bonus book.

As the only doctor in Buckhorn County, Kentucky, Sawyer Hudson knows a thing or two about saving lives. But when he rescues the beautiful Honey Malone from a car wreck and nurses her to health at his home, he finds himself dreading the day she’s well enough to walk away. Because now that he’s met the woman of his dreams, he’s not about to let her go.

Honey’s been on the run for days, but when a car accident lands her in Sawyer’s arms, she’s never felt so safe in her life. But can he convince her that it’s safe to stop running—and build a future in the one place that’s ever felt like home?

is Book 1 in the Buckhorn Brothers Series 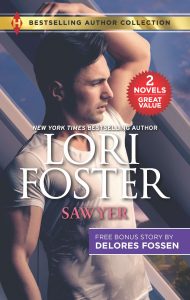 One minute he’d been reveling in the late afternoon sun, feeling the sweat dry on his shoulders and neck before he could wipe it away.

In the next instant she was there.

He’d just glanced over at his son, Casey, only fifteen, but working as hard as any man, tall and strong and determined. His smile was filled with incredible pride.

The last two weekends he’d been caught up with patients, and he’d missed working outside with Casey, enjoying the fresh air, using his hands and body until the physical strain tired him.

Summer scents were heavy in the air, drifting to him as he layered another replacement board on the fence and hammered it in. A warm, humid breeze stirred his hair, bringing with it the promise of a harsh evening storm. He’d inhaled deeply, thinking how perfect his life was.

Not knowing what to expect, Sawyer turned in the direction Casey pointed his hammer and disbelief filled his as a rusted sedan, moving at breakneck speed, came barreling down the gravel road bordering their property. The turn at the bottom, hugging the Kentucky hills, was sharp; the car would never make it.

Sawyer got a mere glimpse of a pale, wide-eyed female face behind the wheel before, tires squealing, gravel flying, the car came right through the fence he’d just repaired, splintering wood and scattering nails, forcing him to leap for cover. Sheer momentum sent the car airborne for a few feet before it hit the grassy ground with a loud thump and was propelled forward several more feet to slide hood first into a narrow cover of the lake. The front end was submerged, hissing and bubbling, while the trunk and back wheels still rested on solid land, leaving the car at a crazy tilt.

Both Sawyer and Casey stood frozen for several seconds, stunned by what had happened, before ungluing their feet and rushing to the edge of the small cove. Without hesitation, Casey waded waist-deep into the water and peered in the driver’s window. “It’s a girl!”

Sawyer pushed him aside and leaned down.

His breath caught and held. “Girl” wasn’t exactly an apt description of the unconscious woman inside. In a heartbeat, he took in all her features, scanning her from head to toes. As a doctor, he looked her signs of injury, but as a man, he appreciated how incredibly, utterly feminine she was. He guessed her to be in her mid-twenties. Young, a tiny woman, but definitely full grown.

The window was thankfully open, giving him easy access to her, but water was rapidly washed into the car, almost covering her shins. Silently cursing himself and his masculine, knee-jerk reaction to her, he told Casey, “Go to the truck and call Gabe at the house. Tell him to meet us out front.” 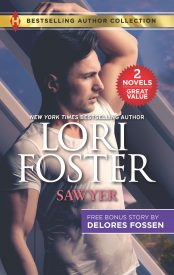 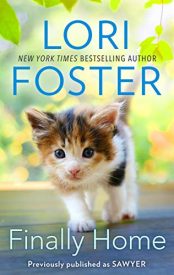 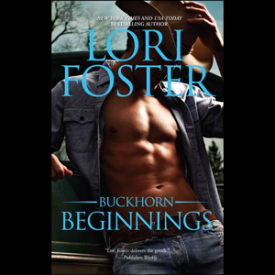 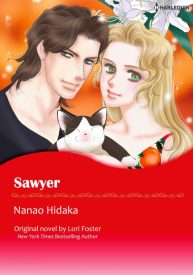