Book 8 in the Buckhorn Brothers Series 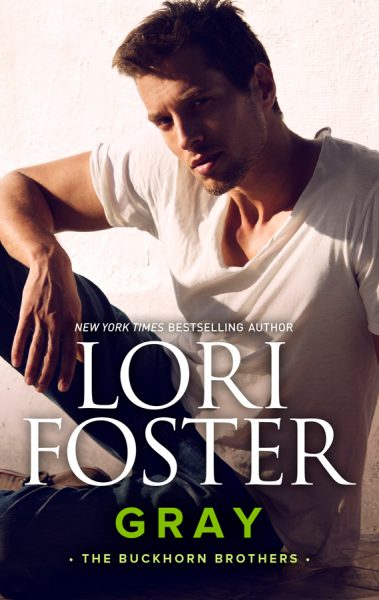 Originally published as A Buckhorn Summer

Book 8 in the Buckhorn Brothers Series

Lisa Sommerville’s wild one-night-stand was completely out of character for the workaholic businesswoman. So when she arrives in Buckhorn, Kentucky to spend a summer rethinking her career, she’s stunned to find that Gray Neely has stepped out of her steamy memories and taken up residence in her hometown. What’s more, the laid-back ex-cop wants to pick up where they left off.

Lisa has been on Gray’s mind every day since that mind-blowing encounter. He was reeling from a tragedy in the line of duty, and their connection was instant and intense. Still is. But sleepy Buckhorn is a million miles from her corporate world. And he has one sweet, hot summer to prove they have a future there, together…

Gray is one of Lori’s benefit books—all advance & royalties (and any direct-from-Lori sales) go to the local, no-kill animal shelter, the Animal Adoption Foundation.

is Book 8 in the Buckhorn Brothers Series 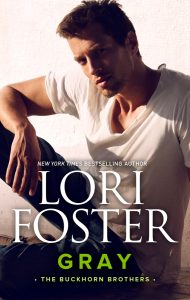 One month ago today, she’d awakened disoriented in a posh hotel in Chicago. Exhausted. Tired of travel.

For the longest time she’d stared at the ceiling, getting her bearings and knowing she needed a break. Her stomach had burned from too much stress. Her neck hurt from the small, flat pillow.

Lisa Sommerville had known instinctively that she needed a change, so she’d gotten up, dressed, gone down to the bar and…

“Lighten up,” her cousin Shohn said from behind her as he turned the small outboard motor on the fishing boat, steering around a sunken log and aiming toward the marina where they’d gas up and grab bait. “You’ll have fun. Guaranteed.”

On the seat in front of her, the bright morning sunlight making a halo of his fair hair, her brother, Adam, grinned. “No thinking about work, remember? If we catch you drifting off, Dad gave us permission to drop you in the lake.”

Lisa looked over the side of the boat. The water was green and cool and this early in the day, fairly smooth. “I wasn’t.”

“That’s all you think about,” Shohn agreed. “But not today.”

She didn’t bother to correct them, to explain that her thoughts had been on her very out-of-character behavior from a month ago. On the sizzling night she’d had. On the fantasy that had come to life and still, every other minute, replayed in her mind.

She looked up at the blinding sunrise splashing colors across a cloudless sky. “I’ll probably take a dip on my own later.” She slanted a look at her brother. “On my own, without your help, after I’ve put on my suit.”

“You could swim in that,” Shohn said, indicating her outfit of shorts and a blue T-shirt.

She turned her narrowed gaze on him, prompting him to grin like the sinner she knew him to be. They all three had dark eyes, but the similarities ended there. She was medium height, with medium-length honey-blond hair and a medium figure. Shohn and Adam both topped six feet. Adam’s hair was far fairer than hers, and Shohn’s was inky black.

Both men lived and worked in Buckhorn, Shohn as a park ranger, Adam as a gym teacher.

She loved Buckhorn as well, but until that fateful night in Chicago, she’d also loved traveling the country, working 24-7, earning her barracuda rep in the business world.

“Concentrate,” Shohn said, flicking his now wet fingers at her face, “or I’ll grab a bucketful of water instead of just a handful.”

“I was concentrating!” She brushed water droplets off her heated thighs.

Because they’d just reached the dock, Lisa didn’t reply. Without waiting for the boat to steady, she stood and leaped out, a rope in hand, and secured the front of the small boat to a cleat.

Shohn did the same to the back. Adam, holding their bait bucket, hauled himself out behind her.

Every woman around stared. Always. Her cousin and brother had that effect wherever they went. Between them, she felt insubstantial, inadequate, even bland.

Which in part explained why she’d glommed onto business. In a family full of prime physical specimens, male and female alike, she was just so-so.

Except for when it came to brains and drive. Then she excelled.

Or used to. Now she considered changing it all. She could join her family in the slower, easier life of Buckhorn County, Kentucky. Doing what, she didn’t yet know.

Fishing today. But tomorrow? She was not an idle person.

“We lost her again.”

Sure, she needed to slow down. Her health and her very recent aberrant behavior proved she needed that change. No one in her family yet knew of her tension, her migraines, her sleepless nights.

Only that one man, a man she’d never see again—

She screeched when Shohn scooped her up and headed to the side of the dock. “Oh, my god, don’t you dare!”

“You need to be dunked.”

Knotting one hand in his dark hair, the other in his worn T-shirt, she growled, “Try it and you’re going in with me. Or at least your hair is.” She gave a tug to prove her point.

Wincing, laughing, Shohn said, “I’ll jump us both in.”

“No!” Okay, sure, her lake clothes, as she called them, wouldn’t be harmed, but she’d braided her hair and didn’t want it soaked. “Seriously,” she said more calmly. “No.”

Standing beside them, Adam crossed his arms over his bare chest. “Then no more brooding over business.”

Lisa blew out a huff of breath. “If you must know, I wasn’t.”

“I was thinking of…a guy.” There, she thought. Chew on that.

Was it so unheard of for her to be socially interested and interesting? Admitting the pathetic truth, she knew that yes, it was. At thirty, she’d never had a single serious romantic relationship.

She’d had that one amazing night that would forever leave her warm and wanting…for more, more, more.

But she’d never been involved. And damn it, that hurt.

Mouth tight and brows angled down, Lisa turned her face away.

Shohn slowly lowered her to her feet, obliging her to release his hair.

Without a word, Adam slung an arm around her shoulders and again got them heading along the dock to the gravel lot alongside the boat launch and then up the worn path to the small renovated structure that sold anything and everything boaters might need.

Hoping to clear the air, Lisa asked, “When did this change?” She remembered the structure being smaller, more weather worn and utilitarian. Now it looked like a regular two-story house, complete with flowers planted around the exterior.

The double front doors, standing open, and the picnic tables placed all around the area made it clear the store remained, but otherwise it could have been any other home in Buckhorn.

“Rosemary sold the marina some years back to a married couple who did the additions. But they sold it a few weeks ago and retired to Arizona to be nearer to their grandkids. A new guy stepped right in and the place never closed, not even for a day. It was pretty seamless.”

“Huh.” So it had changed hands twice and she’d been unaware. Crazy how detached she’d been from her home. “I like the addition of a second level. Does the owner live here?”

“I dunno,” Shohn said. “I’ve only met him a few times. He’s friendly, but not real talkative, which I guess makes sense given he’s a retired cop.”

“You’ll probably like him,” Adam teased. “All the single ladies seem to.”

Sure enough, as they stepped into the building, Lisa saw a trio of bikini-clad women huddled around the front counter and register, giggling in amped-up flirt mode.

She snorted. It was barely eight a.m., but the ladies were already on the prowl. The new guy must be interesting. Then again, Buckhorn was such a small, intimate town that anyone new got plenty of attention.

Shohn headed for the live bait selection, Adam went to fill the cooler with drinks and she moseyed down an aisle to pick up sunscreen. As a kid, she’d kept a light tan. As a woman who’d spent most of her time traveling from one business meeting to the next, her skin rarely saw prolonged exposure to the sun.

She remembered fishing trips from her youth and knew the guys would keep her out for hours, maybe right through lunch. She grabbed the sunscreen and a straw hat.

Heading for the snacks, she turned, took two steps—and gasped.

So did the man standing in front of her.

The man with the amazing bod and killer smile and devour-you sex drive.

The man from a month ago. 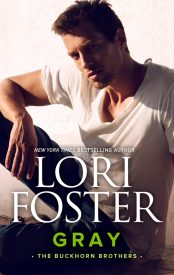