Book 10 in the Buckhorn Brothers Series 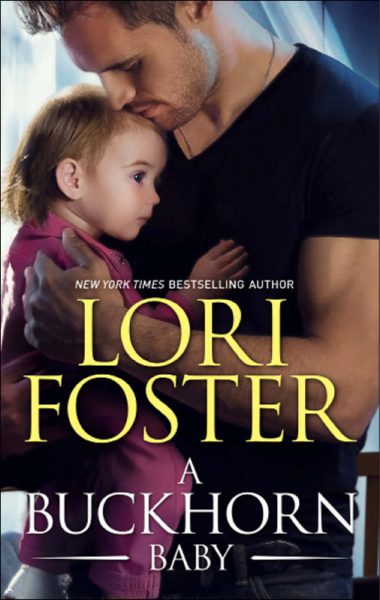 Book 10 in the Buckhorn Brothers Series

If there’s one thing headstrong bookstore owner Amber Hudson knows, it’s how to get what she wants. And what she wants most is for Noel Poet, Buckhorn, Kentucky’s hottest firefighter, to finally admit they have a future together. But when life throws her an unexpected curveball, Amber must face the fact that she’s set her sights on something that could be out of reach forever.

Noel might be head over heels for Amber, but he has no intention of letting her call all the shots. He’s determined to play Amber’s game his own way–and remind her that some things are worth fighting for. Yet when Amber gets the shock of her life, games are the last thing on his mind. Because now it’s time to prove that old demons are no match for the happy-ever-after that could be theirs…

Reviews of A Buckhorn Baby

Extras for A Buckhorn Baby

is Book 10 in the Buckhorn Brothers Series 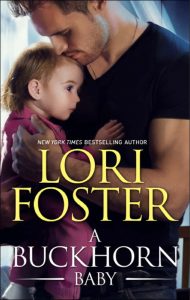 Bright sunshine danced through the leaves of towering elms and oaks, adding dappled shade to the gathering of family. They sat at multiple picnic tables and in lawn chairs scattered about. Many of her cousins had brought their dogs to play with her father’s and uncle’s animals. For once, Amber Hudson hadn’t brought along her own fur-baby, Rookie. They’d spent the morning together, taken a walk, played fetch in the yard, and then she’d left him in the fenced-in backyard, but with the doggy door open so he could come and go in the house as he pleased.

Their group had grown, she thought with a smile, seeing the spouses of her brother and cousins, who were now a part of it all. Everyone joined in for Father’s Day since they had some of the best dads ever.

Filled with love and pride and warm affection, she smiled at her own father. Morgan Hudson was an amazing icon in the community; she wasn’t the only one who adored him. Everyone in Buckhorn, Kentucky, cared for her dad.

He’d be so surprised by her announcement, and no doubt her uncles would cheer right along with everyone else.

Her family, more than most, loved babies.

Her gaze skipped over to Noel Poet, the reason she hadn’t brought Rookie along. She hoped to visit with Noel directly after the gathering—and by visit, she meant touch all over, maybe kiss all over, and explore again that off-the-charts sexual chemistry. More and more each day, she craved him whenever they were apart.

Considering the night he’d had, it amazed her that he’d made it today. As usual, her heart skipped a beat at the sight of him. Thanks to the current heat and humidity, sweat darkened the ends of his blond hair. He wore loose board shorts that showed off his hairy calves, laceless sneakers on his big feet and a T-shirt printed with STILL PLAYS WITH .

Fighting exhaustion, he slouched against a tree, using one thick shoulder as a prop to keep him on his feet as he spoke to her mother, Misty.

Because of a barn fire the night before, he couldn’t have gotten much rest. Noel wouldn’t complain, though. He never did. It went against his man-code, which had helped solidify his friendship with the men in her family, since they were all a bunch of “suffer in silence”-type guys, too.

Continually Noel’s dark brown eyes sought her out with a sort of casual possessiveness that thrilled her.

Noel was quiet and contained, strong and heroic, with a rock-hard body, a gorgeous, expressive face, and Lord help her, she had it bad for him. Of course, she hadn’t told him that, because he hadn’t yet told her. She’d tried every trick in the book to get him to open up on how he felt, but other than presenting himself as her steady date and showing a lot of sexual compatibility, he kept his thoughts to himself.

Her father liked Noel. Her mother adored him. Her cousins all respected him.

Amber frowned as she considered things. Around Noel, she didn’t feel like her usual cocky, take-charge self. Somehow he made her feel…more feminine. Even delicate.

She snorted at that nonsense.

Her daddy hadn’t raised any wimps, never mind how he’d always pampered her.

She and Noel were more on than off, so why did she lose her edge around him?

When Noel laughed, she sighed in confused longing—until Garrett nudged her.

“Plotting his capture?” her brother asked.

Startled, Amber frowned up at him, opened her mouth, drew a blank on anything witty and said only “Shut up.”

Lifting her long, loose braid away from her neck, she grumbled a low, indistinct curse.

Garrett whistled. “He must really have you running in circles, sis, because you’re way off your game.”

True. When it came to Noel, she had no game at all. She’d matched up numerous people in Buckhorn, Kentucky, using a knack for machination. But Noel often distracted her enough that she couldn’t think, much less plot.

Around him, all she could do was feel.

Taking in her expression, Garrett drew her close, kissed her forehead and asked, “Want me to stomp on him?”

“Ha.” It wouldn’t be easy to do, given Noel and her brother were equally buff and bullheaded. But that wasn’t the point. “Touch him and you answer to me.”

Garrett’s smile came slowly. “That’s more like it. Just remember, if necessary, I got your back.”

“He works for you, Garrett.”

Her brother ran the fire station, and Noel was the newest firefighter under his command. More important than that, they were friends.

“So?” Garrett said, discounting it all. “You’re my sister. That trumps everything else.” Leaving her to think on that, Garrett headed to his wife. Zoey wore a yellow sundress, her feet bare in the lush grass. She had her brown hair in a high ponytail and a permanent smile on her mouth. After Garrett lifted her high, then kissed her soundly, she looked positively radiant.

Before the two of them could sneak off, Amber quit mooning over Noel and instead climbed up to stand on a picnic-table seat. “Attention, please. I have an announcement to make!”

Slowly the din of conversation faded and everyone faced her. Remaining up on the bench and lacing her fingers together, Amber said, “I’m so glad everyone made it at the same time this year, because I have something very special to share.”

Almost as one, heads swiveled to look at Noel in expectation.

Oops, Amber thought. She hadn’t meant to give the impression that her announcement had to do with Noel. Of course, that was the obvious assumption…except that Noel hadn’t declared himself. Not even close.

Before he could propose, he’d need to tell her that he loved her. Hopefully soon.

With her entire family scrutinizing him, Noel briefly closed his eyes, blew out a breath and, ignoring everyone else, returned his attention to Amber with exaggerated patience.

Others took the hint and followed suit.

Barely keeping her happiness contained, Amber said, “Since it’s Father’s Day, this is especially for you, Dad.”

Morgan Hudson sat a little straighter, and again, his gaze cut to Noel. Her mother nudged him, not that it did much good.

Well used to the teasing of her family, Amber only smiled and then announced, “Dad, you’re going to be a grandpa.”

Several things happened at once.

Noel lost his balance against the tree and hit the ground. Hard.

Morgan Hudson’s chair toppled as he shot to his feet.

And Garrett yelled, “It’s Zoey and me!” Then with a wide grin, he added, “We’re going to have a baby.” 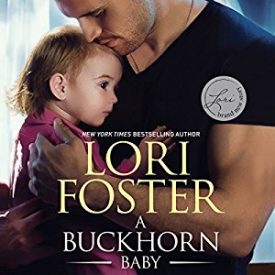 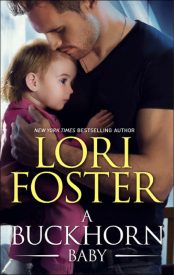