Book 7 in the Buckhorn Brothers Series 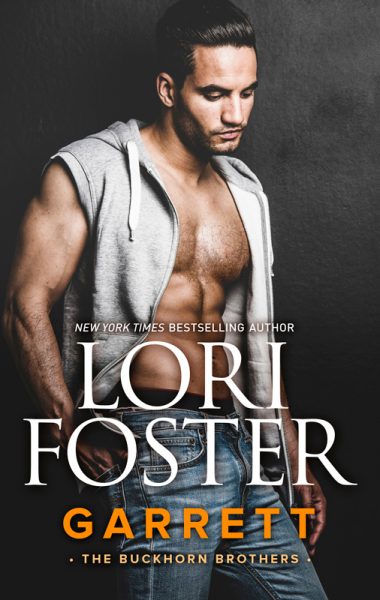 Book 7 in the Buckhorn Brothers Series

For odd-girl-out Zoey Hodge, the best thing about Buckhorn, Kentucky, was leaving it behind. And now she’s back—at least until she can nurse her mother back to health and hightail it out of there anew. But there’s one person she doesn’t mind seeing again. Garrett Hudson was one of the few who was always kind to her. Now he’s a firefighter—still one of the good guys, but with a sexy alpha charm that’s tempting her inner bad girl.

In school, Zoey was smart, witty and unafraid to be herself. Garrett fell hard back then, and he’s falling even faster now. As far as he’s concerned, there are all kinds of reasons Zoey should stick around. Her pet grooming business. Her mom. And the chance for him to prove that he can be her real-life hero in every way that matters…

Garrett is one of Lori’s benefit books—all advance & royalties (and any direct-from-Lori sales) go to the local, no-kill animal shelter, the Animal Adoption Foundation.

is Book 7 in the Buckhorn Brothers Series 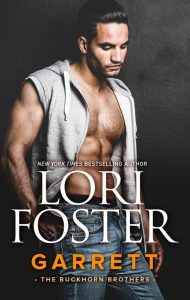 After working on the house all morning and afternoon, scrubbing walls and floors, cleaning closets, painting trim and making repairs, she needed to cool off and relax her aching muscles.

Along the shoreline, frogs protested, splashing as they jumped away. Once in, she closed her eyes, held her breath and submerged herself in the green water, going down as far as she could to try to reach bottom.

She came up for air, pleased that it was so deep. The wide cove would accommodate a boat, but with a farmer on one side of her, and woods on the other, the area was quiet and peaceful.

Going to her back, she hooked one foot through the ladder and floated, letting the hot sunshine caress her mostly bare body. How long she stayed like that, she couldn’t say, but somewhere along the way exhaustion took over and she might have even dozed.

A trickle of cold water on her belly brought her jerking upright with a gasp. She found Garrett crouched down at the end of the dock, his wrists hanging loosely over his knees, an icy bottle of water dangling in one hand. He wore a black cowboy hat tipped back, and a very intent look on his face.

Her foot was still caught in the ladder, leaving her awkwardly thrashing until she freed herself. She went under again twice before finally getting upright. Breaking the surface of the lake, she slicked her hair back and stared up at him.

Mirrored sunglasses kept her from seeing his eyes, but somehow she just knew he was looking at her body, not her face.

“Wanna tell me why you had yourself all hog-tied in the ladder?”

“To keep from floating away.”

Voice low, he murmured, “Guess it worked then, huh?”

“Ummm…” Legs kicking as she dog-paddled in place, she squinted her eyes against the glaring sunlight. “What are you doing here?” He hadn’t been to her house before.

“Besides taking in the view?”

Her stomach bottomed out. How long had he been there? Had she looked at all appealing…or like a drowned rat? After seeing him so often in town, you’d think she’d be used to his impact.

Not so. He got close, and she went breathless, became anxious and chatty—just as she had in high school.

“Yeah.” She cleared her throat. “Besides that.”

Straightening, he set the water bottle aside, went for her towel and returned. “Come on out and we’ll talk about it.”

Zoey blinked up at him.

He stood right there, her towel hanging in his big hand, watching her. And waiting.

Shoot. “I had two suits to choose from,” she told him. “A nice, modest one-piece and a bikini. I figured on being alone, so I chose the bikini. Now, though, with you here, I almost feel naked.”

“Because you almost are.” Unsmiling, Garrett stared down at her…or at least, she assumed he did. Those damned sunglasses hid so much.

Did he look flushed?

She chewed her lip, nodded at his shirt and said, “You could skin down and join me instead.” As soon as she said it, her stomach tightened more. Would he? Oh, she hoped so.

The barest of smiles teased his mouth. “You trying to get me out of my pants, Zoey?”

What woman wouldn’t? She grabbed the ladder for support. “You look—” hot “—too warm.”

His smile expanded. “That might have more to do with you in that little bit of nothing, than the summer sun.”

Her mouth opened, but nothing came out.

“Wish I had more time today, because I think we’d both enjoy it,” he continued.

She knew she would.

“Why don’t we make that another date? Maybe for my next day off?”

So…he considered dinner tonight an actual date? Not just a way for her to thank him? “Okay.”

He checked his watch. “I gotta get back to work soon.”

A hint for her to hightail it out of the water. “Right.” Besides the hat, he wore a dark blue T-shirt with the fire station logo over the left side, matching uniform pants and a thick black belt with a pager attached to it. It wasn’t a uniform, but on Garrett, it had the same effect.

Dropping the towel, he crouched down again and stretched his right hand down to her. “Up and out with you.”

Leaving her no choice, she reached up and took his hand. He lifted her, caught her other wrist, too, before she could climb the ladder, and literally hauled her out and onto the dock.

Lake water pooled on the weathered boards below her feet and dripped from her hair, down her arms, her chest, her legs. Uncertain what to do, she stood there beneath the sweltering sunshine in an agony of expectation. When Garrett said nothing, did nothing except breathe deeper and look at her, she decided it might be best if she covered up.

He circumvented her effort to reach for the towel.

“I’ve got it.” Keeping his attention on her, he absently, blindly, bent and snagged her towel before she could.

She waited, but he didn’t offer it to her.

Fighting the urge to cross her arms over her chest, Zoey shifted from one foot to the other. Her dark suit wasn’t different from what most women wore on the lake. It might even be less revealing than many.

So then why did he stare at her as if he’d never seen anything like it before?

“How long were you in there?” he asked, his voice a little rough.

“Oh.” She winced. They were supposed to do dinner in two and a half hours and here she was, water-logged. “Over an hour I guess.”

Keeping the towel in one fist, he reached out with the other hand and touched her shoulder, across her collarbone.

That touch made her shiver in reaction.

“You’re turning pink. Did you put on sunscreen?”

By dinner she might be even pinker. Her plan had been to cool off, then get in the shade to relax for a bit before preparing for their date. But she didn’t want to admit to him that she’d forgotten the sunscreen, or that she’d been so tired she’d all but passed out in the water. “Why did you say you’re here?”

There came that suggestive smile again. “I hadn’t yet.” He moved closer and draped the towel around her shoulders.

Which meant his arms went around her, too.

Standing near enough that she felt the heat of his body, he held the towel closed under her chin. “I need to change our dinner plans.”

Well, darn. Hoping to hide her disappointment, she nodded. “Okay.” Would he have a good reason to cancel…or had he just changed his mind? “I understand.”

“Don’t know how you could since I haven’t yet explained.”

She couldn’t think with him so close, his warm hands resting casually above her breasts. “Sorry. I’m listening.” And melting.

Silence ticked by. “Do I make you nervous, Zoey?”

She shook her head hard in denial and said, “Yes.”

Laughing, he released the towel and smoothed her wet hair over her shoulders. “Real clear, honey.”

Finally, his smiled crooked, he gave her some space.

She almost collapsed with the relief of pent-up tension.

Standing a few feet from her, he asked, “Better?”

Heck no. She liked having him close. It was just that close equaled weak-kneed.

Should she admit to being flustered by him when he clearly didn’t have the same problem?

“Requires some thought, does it?”

“You don’t make me nervous, really, I mean, not usually. But here like this—”

“With you showing all that sexy skin?”

“I…ah…” No way could she agree, because that would sound like she thought she was sexy. “I wasn’t expecting to see anyone.”

That dark, carnal tone made her toes curl against the rough boards of the dock. “I haven’t been in a lake since I moved away. I missed it.”

Like anyone had missed her? Not likely. “If you say so.”

He removed the hat, then pushed the sunglasses up to the top of his head, and oh, God, that was worse. Sweat dampened the front of his shirt so that the material clung to his chest. The hat left his dark hair more disheveled than usual.

And his eyes… His eyes could mesmerize, especially with the sun overhead.

She drew a deep breath and let it out slowly.

Motioning her closer, he said, “Let’s move to the shade before you get burned worse.”

“Okay.” She’d follow him anywhere…wait, what? Shaking her head, she muttered, “You’re dangerous.”

He gave a soft laugh, shook his head and turned to go to shore.

Zoey quickly readjusted the towel, wrapping it around her body under her arms so that it covered her from chest to midthigh.

He glanced back, and she gave him a bright smile, quickly following.

When they reached the makeshift bench just off the dock, in front of a ramshackle shed, he gestured for her to sit, then sat very close beside her.

He dropped the hat on the ground beside him with the glasses. “I was looking forward to dinner,” he told her. “But I’m going to be tied up til eight now.”

A hundred thoughts went through her head, and she decided to be straight with him. “You aren’t just dodging me?”

Quirking a brow, he looked over her bare legs and shook his head. “Now why would I do that?” 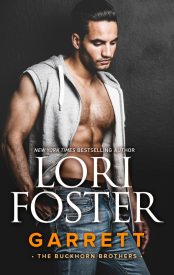