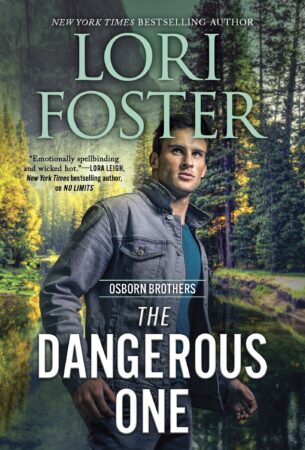 Book 1 in the Osborn Brothers Series

Alone is good. Alone with her is…better.

Hunter Osborn left his family, friends, and his job as a Park Ranger after uncovering a disturbing crime scene. Haunted by guilt and harsh reality, Hunter relocated to a rustic, isolated home outside of Ridge Trail, Colorado, where he stays off the grid, only going to the small town to get necessities while keeping his interactions with others to a minimum.

Still, Hunter can spot trouble from a mile away, and when he encounters Jodi Bentley, he knows she’s trouble of the most tempting kind—even more tempting when she moves into the run-down cabin nearest him, one he’d thought was uninhabitable, but damned if she isn’t fixing it up. Though they both try to resist, they’re drawn together, forging a fragile bond of trust and shared interest. But Jodi has a knack for finding danger, and soon Hunter gets drawn out of his own darkness and into hers, determined to protect her at all costs.

Book 2 in the Indiana Summers Series

An all new, heartwarming summer read from New York Times bestselling author Lori Foster about a forty-something florist who, with the help of her meddling small town, gets a second chance at life and love.

Emily Lucretia makes people happy with her flower arrangements, and for the longest time she’s been content with her work. Yet now she’s feeling pretty stuck. At forty-two, she’s divorced, responsible for her aging aunt and uncle, and she knows that any chance of love or romance has probably passed her by.

Except… somehow Saul Culver, the town’s most beloved bachelor, didn’t get that memo.

Saul has had his eye on Emily for a while—and though he knows she’s attracted to him, is it only in a friends-with-benefits way?

He has a plan to win her over, but the people of Cemetery, Indiana, have strong opinions about Emily’s dating life. Suddenly everyone is posting photos of her innocently talking to hot guys to the town’s social media with the hashtag #theflowerlady. How the heck did she become a hashtag!?

With her new notoriety, can she still get the romance of her dreams—with the most eligible bachelor of all? 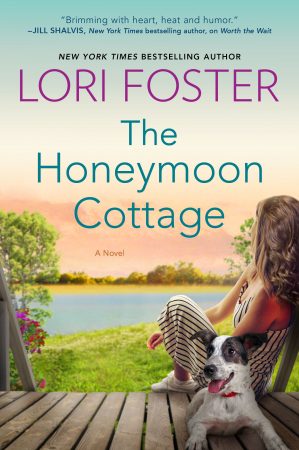 Book 1 in the Indiana Summers Series

When it comes to creating the perfect happily-ever-after, Yardley Belanger is a bona fide miracle worker. From bridal bouquets to matching cowboy boots, the quirky wedding planner’s country-chic affairs have caused quite a stir in the small town of Cemetery. But when it comes to her own love life? She’s clueless.

Perhaps it’s for the best. The thirty-one-year-old has poured her heart and soul into her business and doesn’t have time for anything—or anyone—else. And that’s something not even the gorgeous older brother of her newest client can change…right?

All Travis Long wanted was to give his little sister, Sheena, the wedding of her dreams. Ever since the tragic death of their parents, he’s done everything he can to make her feel loved and give her everything she needs. Still…a country wedding? In a place called Cemetery? But Yardley seems to know exactly what to do and how to do it—and Travis finds himself falling for her a little more each day.

Soon Yardley and Travis find themselves being nudged together by well-meaning locals who want to see the town’s favorite wedding planner get her own happy ending. 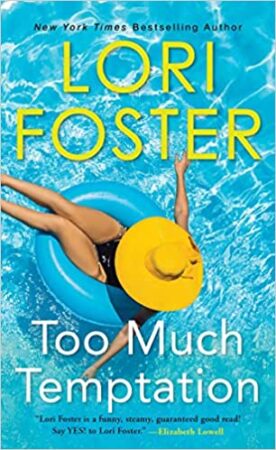 Book 1 in the Brava Brothers Series

Awkward, insecure Grace Jenkins has had little experience with men. But that hasn’t stopped her from dreaming hard about Noah Harper. Gorgeous, strong, and darkly sexy, Noah has a rough edge beneath his polish that promises no mercy in the bedroom. When Grace learns Noah’s engagement has ended in scandal, she shyly offers him her support and her friendship. But Noah’s looking for something extra…

Noah wants Grace—badly. He wants to possess those curves that go on forever, to savor her sweet innocence, to take her to the limits of white-hot desire…again and again. What he doesn’t want is anything more complicated than that, and he knows Grace is a woman who deserves better. Grace, however, knows exactly what she needs—the kind of ecstasy only Noah can give her. Brazenly, she accepts his offer, and Noah promises to make all her secret fantasies come true…