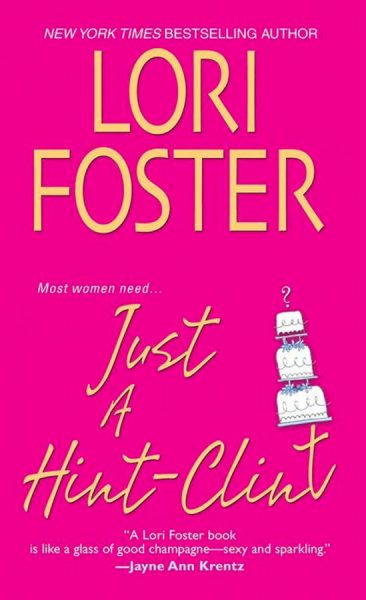 Some Days, It Doesn’t Pay To Get Out Of Bed

That’s what crosses Clint Evans‘s mind the minute he takes on the four thugs holding heiress Julie Rose hostage. It isn’t the danger that has Clint in a lather, but Julie herself. The pretty, petite schoolteacher he’s been hired to return to her wealthy fiancé is no fainting trust-fund baby. She’s more of a hellcat, one who won’t be deterred when she sets her sights on something. And her sights are set on Clint.

The one rule Clint never breaks is this—don’t get involved with the client. He can look, but he definitely cannot touch—even if it’s driving him crazy. Keeping Julie safe until he can figure out who’s behind her kidnapping means never letting her out of his sight. And the closer he sticks to the feisty, seductive woman who makes him feel alive… the harder it gets for him to ever consider letting her go…

Reviews of Just A Hint—Clint

is Book 4 in the Visitation, North Carolina Series 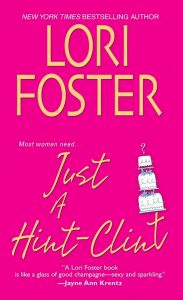 A bead of sweat took a slow path down his throat and into the neckline of his dark T-shirt. Pushed by a hot, insubstantial breeze, a weed brushed his cheek.

Through the shifting shadows of the pulled blinds, he could detect activity in the small cabin. The low drone of voices filtered out the screen door, but Clint couldn’t make out any of the slurred conversation.

Next to him, Red stirred. In little more than a breath of sound, he asked, “Fuck, I hate waiting.”

Wary of a trap, Clint wanted the entire area checked. Mojo chose that moment to slip silently into the grass beside them. He’d done a surveillance of the cabin, the surrounding grounds, and probably gotten a good peek in the back window. Mojo could be invisible and eerily silent when he chose.

Something tightened inside Clint. “She in there?”

“Alive but pissed off and real scared.” Mojo’s obsidian eyes narrowed. “Four men. They’ve got her tied up.”

Clint silently worked his jaw, fighting for his famed icy control. The entire situation was bizarre. How was it Asa knew where to find the men, yet they didn’t appear to expect an interruption? Had Robert deliberately fed the info to Asa, to embroil in a trap, so Clint would kill him? And why would Robert want Asa dead?

Somehow, both he and Julie Rose were pawns. But for what purpose?

Clint’s rage grew, clawing to be freed, making his stomach pitch with the violent need to act. “They’re armed?”

Mojo nodded with evil delight. “And on their way out.”

Given that a small bonfire lit the clearing in front of the cabin, Clint wasn’t surprised that they would venture outside. The hunting cabin was deep into the hills, mostly surrounded by thick woods. Obviously, the kidnappers felt confident in their seclusion.

He’d have found them eventually, Clint thought, but Asa’s tip had proved invaluable. And a bit too fucking timely.

So far, nothing added up, and that made him more cautious than anything else could have.

He’d work it out as they went along. The drive had cost them two hours, with another hour crawling through the woods. But now he had them.

The cabin door opened and two men stumbled out under the glare of a yellow bug light. One wore jeans and an unbuttoned shirt, the other was shirtless, showing off a variety of tattoos on his skinny chest. They looked youngish and drunk and stupid. They looked cruel.

Raucous laughter echoed around the small clearing, disturbed only by a feminine voice, shrill with fear and anger, as two other men dragged Julie Rose outside.

No sir. Julie Rose was complaining.

Her torn school dress hung off her right shoulder nearly to her waist, displaying one small pale breast. She struggled against hard hands and deliberate roughness until she was shoved, landing on her right hip in the barren area in front of the house. With her hands tied behind her back, she had no way to brace herself. She fell flat, but quickly struggled into a sitting position.

The glow of the bonfire reflected on her bruised, dirty face – and in her furious eyes. She was frightened, but she was also livid.

“I think we should finish stripping her,” one of the men said.

Julie’s bare feet peddled against the uneven ground as she tried to move further away.

The men laughed some more and the one who’d spoken went onto his haunches in front of her. He caught her bare ankle, immobilizing her.

“Not too much longer, bitch. Morning’ll be here before you know it.” He stroked her leg, up to her knee, higher. “I bet you’re getting anxious, huh?”

Her chest heaved, her lips quivered.

She spit on him.

Clint was on his feet in an instant, striding into the clearing before Mojo or Red’s hissed curses could register. The four men, standing in a cluster, turned to look at him with various expressions of astonishment, confusion and horror. They were slow to react, and Clint realized they were more than a little drunk. Idiots.

One of the young fools reached behind his back.

“You.” Clint stabbed him with a fast lethal look while keeping his long, ground-eating pace to Julie. “Touch that weapon and I’ll break your leg.”

The guy blanched – and promptly dropped his hands.

Clint didn’t think of anything other than his need to get between Julie and the most immediate threat. But without giving it conscious thought, he knew that Mojo and Red would back him up. If any guns were drawn, theirs would fire first.

The man who’d been abusing Julie snorted in disdain at the interference. He took a step forward, saying, “Just who the hell do you think you – ”

Reflexes on automatic, Clint pivoted slightly to the side and kicked out hard and fast. The force of his boot heel caught the man on the chin with sickening impact. He sprawled flat with a raw groan that dwindled into blackness. He didn’t move.

Another man leaped forward. Clint stepped to the side, and like clockwork, kicked out a knee. The obscene sounds of breaking bone and cartilage and the accompanying scream of pain split the night, sending nocturnal creatures to scurry through the leaves.

Clint glanced at Julie’s white face, saw she was frozen in shock, and headed toward the two remaining men. Eyes wide, they started to back up, and Clint curled his mouth into the semblance of a smile. “I don’t think so.”

A gun was finally drawn, but not in time to be fired. Clint grabbed the man’s wrist and twisted up and back. Still holding him, Clint pulled him forward and into a solid punch to the stomach. Without breath, the painful shouts ended real quick. The second Clint released him, the man turned to hobble into the woods. Clint didn’t want to, but he let him go.

Robert Burns had said not to bring anyone in. He couldn’t see committing random murder, and that’s what it’d be if he started breaking heads now. But in an effort to protect Julie Rose and her apparently already tattered reputation, he wouldn’t turn them over to the law either.

Just letting them go stuck in his craw, and Clint, fed up, ready to end it, turned to the forth man. He threw a punch to the throat and jaw, then watched the guy crumble to his knees, then to his face, wheezing for breath.

Behind Clint, Red’s dry tone intruded. “Well, that was efficient.”

Clint struggled with himself for only an instant before realizing there was no one left to fight. He turned, saw Julie Rose held in wide-eyed horror, and he jerked. Mojo stepped back out of the way, and Clint lurched to the bushes.

Anger turned to acid in his gut.

Typically, at least for Clint Evans and his weak-ass stomach, he puked.

Julie could hardly believe her eyes. One minute she’d known she would be raped and probably killed, and the fear had been all consuming, a live clawing dread inside her.

Now… now she didn’t know what had happened. Three men, looking like angelic convicts, had burst into the clearing. Well no, that wasn’t right. The first man hadn’t burst anywhere. He’d strode in, casual as you please, then proceeded to make mince meat out of her abductors.

He’d taken on four men as if they were no more than gnats.

She’d never seen that type of brawling. His blows hadn’t been designed to slow down an opponent, or to bruise or hurt. One strike – and the men had dropped like dead weights. Even the sight of the gun hadn’t fazed him. He moved so fast, so smoothly, the weapon hadn’t mattered at all.

When he’d delivered those awesome strikes, his expression, hard and cold, hadn’t changed. A kick here, a punch there, and the men who’d held her, taunted her, were no longer a threat.

He was amazing, invincible, he was… throwing up.

Her heart pounded in slow, deep thumps that hurt her breastbone and made it difficult to draw an even breath. The relief flooding over her in drowning force didn’t feel much different than her fear had.

Her awareness of that man was almost worse.

Like spotting Superman, or a wild animal or a combination of both, she felt awed and amazed and disbelieving.

She was safe now, but was she really?

One of the saviors approached her. He was fair, with blond hair and light eyes, though she couldn’t see the exact color in the dark night with only the fire for illumination. Trying to make himself look less like a convict, he gave her a slight smile.

He moved real slow, watchful and gentle. “Don’t pay any mind to Clint.” He spoke in a low, melodic croon. “He always pukes afterward.”

Her savior’s name was Clint. 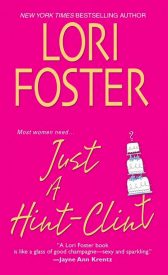 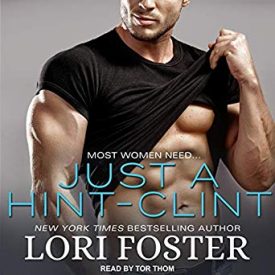