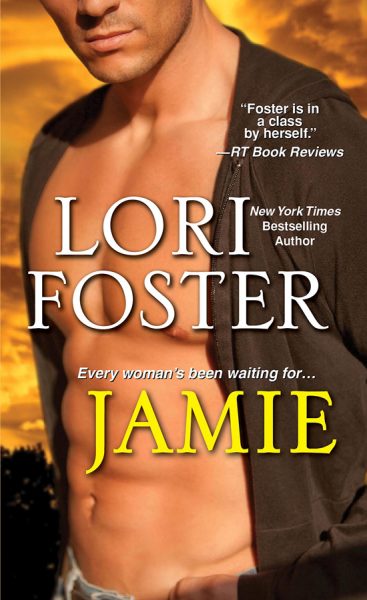 This is a story for Jamie and Faith, with a secondary romance for Deputy Scott and Alyx Winston.

It’s not that the woman in his arms is naked. It’s not that he’s carrying her up a mountain in a driving storm. What bothers Jamie is that the unconscious redhead is an intruder, someone who could bring him harm. He has his reasons for hiding out in this stark, secluded cabin; for keeping his emotions under wraps; for never, ever getting too close to anyone.

But before she passed out in his bed, she said her name was Faith—an appropriate name since he has to take her at her word. Who is she? Why is she here? Who sent her? And what is she doing to him? Jamie’s used to feelings of wariness, isolation, of being on guard. What he’s not used to is this dangerous, nearly uncontrollable new emotion raging through him like a man on fire.

is Book 5 in the Visitation, North Carolina Series 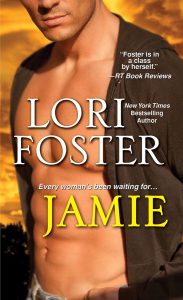 The relentless rain came down, accompanied by ground-rattling thunder and great flashes of lightning. Jamie liked storms… but not this one. This time he felt more than the turbulence of the weather. The air crackled with electricity – and good intentions. Determination. Resolve.

They hunted him. Well meaning, but destructive all the same. He had only himself to blame. He’d allowed them to become friendly. He hadn’t been aloof enough, had interfered too many times. But God, what other choices did he have? Watch them suffer? Feel their pain?

No, he couldn’t. He had enough of his own pain to deal with.

Sitting on the plank floor, his back to a wall, his knees drawn up, he stared out at the darkness. Not a single lamp glowed in his home. The fireplace remained cool and empty. A chill skated up his spine, and he laid his forehead to his knees, trying to block them out, wanting to pray that they wouldn’t find him, but unable to summon the right words in the midst of so many feelings bombarding him.

Then it dawned on him. His head shot up, his black eyes unseeing. Not just the townsfolk. No, someone else crept up his mountain. Someone else wanted him.

Without conscious decision, he came to his feet and padded barefoot across the cold floor. No locks protected his doors; he didn’t need them. He shoved the heavy wood open and moved out to the covered porch. Rain immediately blew in against him, soaking his shirt and jeans, collecting in his beard and long hair until he looked, felt, like a drowned rat.

Something vaguely close to excitement stirred in his chest, accelerating his heartbeat, making his blood sing. He lifted his nose to the wind, let his heavy eyelids drift shut… and he knew. He saw the first visitor, alone, a stranger. A woman. Seeking him out. Needing him.

This he could do.

Half-furious and half thrilled for the distraction, he stepped inside the house and shoved his feet into rubber boots. Foregoing a jacket, sensing the limitations of his timeframe, Jamie stepped off the porch and into the pouring rain.

Storms were different in the woods, with leaves acting as a canopy, muffling the patter of the rain, absorbing the moisture. Once, long ago, he had hoped they might absorb some of the emotions that assaulted him. But they hadn’t. Even from such a distance, high up the mountain in the thick of the trees where no one ever ventured, he’d still gotten to know the townsfolk, first the children, then the others.

And they’d gotten to know him.

Despite his efforts to the contrary, they were starting to care. They didn’t know that their caring could destroy him, could strip away the last piece of self-respect he had. And he couldn’t tell them.

Twice as dark as it’d be in the open, Jamie made his way cautiously away from his home, down an invisible trail known only to him. He walked and walked, mud caked up to his knees, his clothes so wet they were useless. Pausing beside a large tree that disappeared into the sky, he looked down the hillside.

Clint Evans, the new sheriff who’d listened to Jamie’s dire warnings without much disbelief, picked his way tirelessly up the hillside. Jamie narrowed his eyes, knowing this was Julie’s doing, that she wanted him at her wedding.

He would have gone. To make sure everything stayed safe. To keep watch. She didn’t need to send her hulking new lover after him. He should be pleased it wasn’t Joe, because Joe wouldn’t give up, no matter what. Worse, it could have been Alyx, Joe’s sister, who surprised him once when she’d gotten too close for Jamie to send her away. She’d actually been in his home, and damn her, she wanted in his heart. She wanted his friendship. They all did.

Jamie closed his eyes and concentrated on breathing, concentrated on feeling the other intruder. His eyes snapped open and he lifted a hand to shield his vision from the downpour. There, farther up the hill from Clint, she shivered and shook, miserable clear to her bones, tears mixing with the rain and mud on her face.

Jamie felt… something. He didn’t know what. Odd, because it was only people he cared about that he couldn’t read clearly. When he cared, emotional reactions mixed with his truer senses, muddling his readings.

Maybe she didn’t know what she felt, so how could he know?

Dismissing Clint from his mind, already knowing what Clint would see and what he’d do, Jamie pushed away from the tree. The woman wore no hat and her hair plastered to her skull. A redhead, Jamie thought, although with her hair soaked it looked dark enough to be brown. He didn’t have to survey her to know of her pale skin sprinkled with a few freckles, or her blue eyes, now bloodshot. Her face, more plain than otherwise, served as a nice deception to her body.

She had incredible breasts and a small waist. Her legs were long and shapely, and she had an ass that would excite many men – if they noticed. But her quiet demeanor and ordinary appearance put them off. As she wanted. She hid – just as Jamie did.

They had that in common.

Holding tight to a skinny tree, she tried and failed to take a few more steps up the mountain. Her feet gained no purchase in the slick mud and she fell forward with a gasp that got her a mouthful of mud. Moaning, she rolled to her back and just laid there, more tears coming as she labored for breath.

Jamie picked his way toward her, and with each step he took a sense of alarm expanded until her fear and worry and pain became his own. She hurt. Fever robbed her of strength. Her lungs labored and her eyes burned.

Before Jamie could get to her, before he could warn her not to move, she tried to stand again. She got upright, then one foot slipped out from under her and her arms floundered in the air – and she fell back. Hard.

She didn’t roll down the hill.

The rock kept her from doing so.

In seconds, Jamie reached her. He touched her cheek and knew the fever wasn’t that bad. Sick, yes, but not so sick that he had to worry. The bump on her head… that worried him. He patted her cheeks, unwilling to speak, knowing that Clint drew nearer and he simply couldn’t deal with them both right now.

Tipping a leaf to gather the moisture off it, Jamie wiped some of the mud from her face. Her hair spiked up in front when he pushed it away from her eyes. He tapped her cheeks again, smoothed his thumb along her cheekbone, and her eyes opened. As he already knew, they were blue – deep, dark blue, like a sky at midnight . At first vague, her gaze sharpened the moment her eyes met his.

Jamie half-expected hysterics, which was absurd given he should have known exactly what she’d do. But still, her reaction surprised him. Her eyes widened, then her lashes sank down and she said, “Jamie Creed. Thank God.” 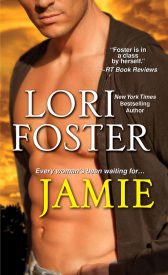 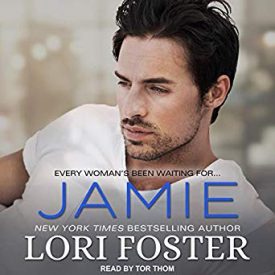