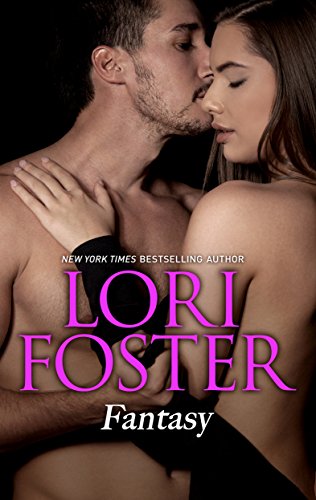 Security consultant Sebastian Sinclair agrees to be sold at a bachelor auction. Being bought is one thing—now he’s about to be given away as a gift for some lucky birthday girl. But one look at Brandi Sommers and Sebastian can’t wait to be unwrapped…

Brandi really means it when she says “Oh, you shouldn’t have” to her sister’s outrageous birthday gift—a five-day dream vacation to a lovers’ retreat. Lover included. What’s she going to do in paradise with the sexy stranger Sebastian Sinclair? Brandi soon discovers she can do whatever she wants.

is Book .5 in the Visitation, North Carolina Series 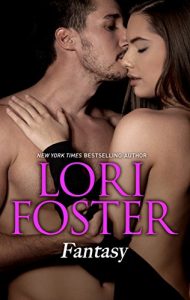 With anticipation think in the air, the announcer called out, “Sold!”

And Sebastion Sinclair watched as the man just purchased was led off the stage to the sounds of raucous feminine cheers. Soon it would be his turn.

How the hell did I get myself talked into this? He wondered. Wearing a suit, watching huge amounts of money change hands with no consideration of the cost, being the center of attention-he hated it all. It reminded him of his youth and the fact that he had nothing in common with these shallow blue bloods.

Most of all, he hated the idea of being bought like an expensive toy for the amusement of rich women-regardless of the cause.

He seemed to be the only male not thrilled with the prospect of displaying himself. The others, in ages varying from late twenties to early forties, were smiling, flaunting their wares so to speak, and generally getting into the spirit of the thing. Only one man remained in line before Sebastian now and judging by the brawn of the guy and his rough-whiskered chin, he wouldn’t last long. The women were really going berserk on the macho ones.

Which was probably why the construction workers had on very snug, tattered jeans and T-shirts too tight for men half their size-an adjustment for their female audience, no doubt. There was absolutely no way a man could work comfortably in a shirt that tight.

Likewise, the landscapers wore their work boots and jeans, some of them with no shirts on at all. And the carpenter-he had a heavy tool belt hanging low on his hips. The ensemble was complete with wrenches, a nail pouch, and the largest hammer Sebastian had ever seen, no doubt a pitiful attempt at symbolism. Sebastian shook his head and tried, without much success, to mask his amusement.

The announcer, a woman with a very wide, toothy smile, led a man around the stage by one finger hooked in his belt loop. The audience roared, then roared again when she had him turn, showing him to advantage. The spotlight moved over his backside and feminine shrieks filled the air.

Sebastian wondered if any of these rich people had realized the seriousness of the benefit, the purpose the money would serve in assisting abused women. He doubted it. To them, it was a lark, not a humanitarian deed to build shelters and help those in need.

To Sebastian, it was much more personal.

The brawny guy ahead of him bounded onstage, anxious for his turn to titillate the giggling masses, and Sebastian was left with a female attendant waiting for his cue.

As he’d guessed, the bewhiskered fellow went quickly, the last bid coming on a crescendo of womanly squeals and bawdy jests. The attendant took Sebastian’s arm and directed him forward.

As he reached the center of the stage, hot lighting flooded over him. He stared out at the audience, satisfied with their reckless spending, but thoroughly disgusted by their careless attitudes. None of them gave a thought to where the money would go or how badly it was needed. They were all the same, full of glitz and shine; shallow, frivolous, concentrating only on their own pleasures. He was disdainful of them all.

And then he saw her.

She stood alone, a small dark-haired woman with huge eyes that dominated her face and expressed her fascination. She didn’t smile as he met her stare. She didn’t yell out suggestions or a bid as the other women were doing. She didn’t laugh or joke; she didn’t do anything but watch him. He no longer heard the announcer, no longer felt the heat of the bright lights. Her boredom and disinterest seemed to melt away. Her face was upturned, her lips slightly parted, as if in surprise. And he know-she couldn’t look away. Some how he held her physically by the connection of their gazes.

Sabastian didn’t dare blink. She seemed awestruck and innocent and he found her utterly irresistible. For some insane reason, because something inside him had stirred and heated at the sight of her, he had no intention of letting her go.

Maybe he wouldn’t berate Shay after all. He just might be thanking her.

Brandi stood in the middle of the floor, right beneath the stage. The men had been coming and going none of them overly remarkable to her mind, but then, she wasn’t there to buy a man. She was only attending this benefit to support her sister, Shay. In truth, she avoided gatherings like this one, where the testosterone filled the air so thick you could choke on it. And there were any number of ways she would have preferred to spend her birthday.

The woman handling handling the bids chuckled at some jest Brandi had missed, then turned to catch the man’s arm. Holding a microphone in one hand, she gripped his arm firmly with the other and cuddled up to him. “Such a generous bid!” she called out sounding very excited, though Brandi, deeply involved in her own scrutiny, hadn’t heard the exact amount offered. “He’s worth every penny, ladies! Come on now, don’t be shy. This one is quite a specimen.” She squeezed his upper arm testing his muscle, then made an “oohing” expression to the audience.

The man didn’t look overly complimented. He looked disdainful, and rather than work toward drawing more attention to himself as the other men had, he merely crossed his arms and braced his long legs apart. He seemed impossibly tall and strong and masculine in his rigid stance. As impenetrable as a stone wall. Almost barbaric in his strength. And he continued to look at Brandi.

The announcer struggled to gain his cooperation. She tried to force him into a turn, wanting to display him as she had the others in order to raise the already astronomical sum they’d collected. He resisted her efforts with ease. The announcer couldn’t budge him a single inch.

And the women loved it. They called out more bids, made explicit suggestions on what they’d do with him and haggled amongst themselves.

Brandi’s fascination built. Never before had she felt it, at least, not in eight long years. And before that, she’s simply been too young. But there was no denying the interest surging inside her now. She’d made a decision earlier that day, a decision that would change her life-hopefully for the better. But this? Could she really consider bidding on a man? On this man? 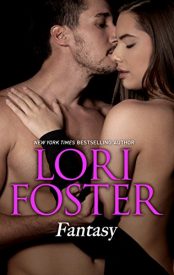 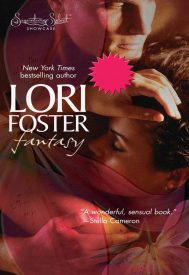 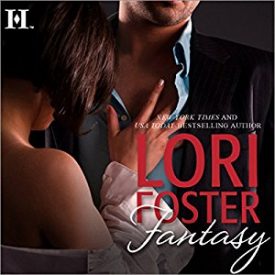 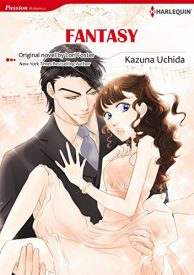