Rule #1: Women are for fun, not commitment.

Rule #2: He’ll do anything for his twin brother, even switch places in order to find out who wants to sabotage the naive preacher’s charity organization. Playing benefactor to a bunch of sassy, flirtatious prostitutes means that Bryan will have to be his brother — in every way that counts. But then, he hadn’t counted on Shay Sommers. Keeping his cool around the luscious lady of the night with the big heart is doing nothing to keep his thoughts pure, which brings him to…

Rule #3: If you can’t avoid temptation, succumb with abandon.

Shay Sommers has always been a rule breaker.

She may be a society page icon, but she’ll go to any length to help the street girls served by her favorite charity. Even if it means impersonating one of them herself. The only problem is the gorgeous man who runs the safe house. “Preacher,” as he insists she call him, seems less like a shepherd and much more like a wolf . . . one with a hungry look that’s making Shay feel she might be his next dinner . . .

Reviews of The Secret Life of Bryan

is Book 2 in the Visitation, North Carolina Series 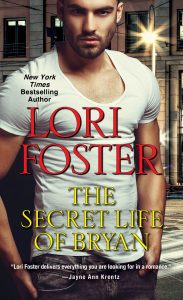 “Tell me your name.”

Impatience rose up, nearly making his dark blond hair stand on end. “This is no time for games.”

Oh boy. And here she’d always thought preachers were supposed to be full of endless, unwavering forbearance. Such a contradiction. But Shay didn’t scare easily. “I’ll go with you. When I know your name.” And then, to soften her insistence: “You can’t expect me to just go traipsing off with a stranger.”

“And hearing my name is all the reassurance you need?”

His disbelief and suspicion made Shay grin. “Yeah.”

Rankled, he rubbed his jaw, dragged a hand over his damp hair. Then he stuck out his hand. “Bryan Kelly.” No sooner did he say it than he looked poleaxed, like he wanted to turn around and walk away from her, or curse, or punch the brick wall.

Instead, he just stood there, frozen, his hand extended.

“Bryan.” She tasted the name, watched him watching her, and closed her fingers around his. “I like it.”

With her hand still held in his, he repeated, “I meant to say Bruce. Bryan’s… my middle name.”

“Bruce Bryan Kelly?” And she thought her own name was unique.

His scowl was back, blacker and meaner than ever. “I prefer you call me Preacher.”

He appeared to be grinding his teeth. “Because that’s what everyone calls me.”

“I can’t show favoritism.” He seemed satisfied with that explanation, enough to expound on it. “You can imagine how that’d look, all things considered.”

It was difficult not to laugh. “Things being that I’m a prostitute and you’re offering to protect me?”

If looks could hurt… “Exactly.”

“I’ll call you Bryan – but only when we’re alone.”

Seconds passed while he stared at her, probably trying to intimidate her. “Will you now?”

She met him stare for stare. “Yes.”

His eyes narrowed more, his lip curled, and he turned away. “Good thing we won’t be alone much, then.” He still had her hand caught in his, practically dragging her along, keeping close to the buildings and as far from the blowing rain as they could get.

They walked another ten feet before he said in distraction, “What the hell? Go ahead and tell me.”

His absent tone was tempered by the protective way he led her down the deserted street. For a preacher, he had incredible instincts, staying alert, constantly scanning the area. Had he maybe served in the service before choosing this vocation? Or was his edgy, suspicious nature just a basic part of the man?

Whatever the reasons for his unique attitudes, Shay liked them. She liked him.

It was the first time, since her husband, that a man had bothered to show interest in her for any reason other than her money. She was well used to men fawning over her, trying to ingratiate themselves into her life. She had connections and wealth, which meant she had power. The combination served as quite an inducement to most guys.

But Bryan Kelly was unaware of her assets; for heaven’s sake, the man thought she was a common hooker in a dirty little neighborhood, desperate enough to be selling her wares on a night like this. It wasn’t the most complimentary assumption ever made.

But it was better than being wanted for her money.

And for the moment, she preferred he go on thinking it. Which meant she couldn’t give him her full name. “You can call me Shay.”

No way would she give him her last name. After recent events, she’d suffered some truly awful publicity and he’d probably read most of it. It wouldn’t be a stretch to think he’d leave her standing in the street alone if he realized her identity. “Just Shay.”

After a furtive glance, he asked, “Just Shea, like the stadium?” Amusement lightened his eyes. “Or just Shea, like Cher, important enough that you only need one name?”

Was he laughing at her? It didn’t matter. Laughter was better than disdain any day. “Just Shay, as in short for Shaina.” She spelled out her name for him. No one in the papers had known her full name. No one had called her Shaina since she’d been adopted.

After a look that could cut, he let it go, and for once, Shay was glad. If he didn’t ask any other questions, she wouldn’t have to outright lie to him.

He led her along until they came to a fully lighted section, leaving the blackout behind. The buildings were close together, some rundown, some tidy, all of them showing signs of poverty.

He released her hand and pointed ahead. “See that tall, skinny building at the end of the street? That’s the safe-house. You’re welcome there any time.”

His piercing gaze locked on hers, while one side of his mouth curled. It wasn’t humor that put that half smile on his hard face. “You’re a pushy broad, aren’t you?”

Since Shay couldn’t deny that, she only shrugged an apology. It was a rhetorical question anyway, given how he turned his attention away.

She liked holding his hand and walking beside him in the rain, feeling his attentiveness to his surroundings and listening to his deep voice and breathing his scent.

She’d like to get to know him better too, to maybe work with him, maybe be… intimate with him.

Okay, so she’d jumped ahead with giant leaps on that one. The timing couldn’t be more wrong, and considering that he was a preacher, her thoughts were even inappropriate. But these things really didn’t wait for perfect timing, she supposed.

It had been a long time in coming, and now that desire was finally hitting her again, it did so in full force. She felt it everywhere, such wonderful feelings. And they were intensifying with each second they spent together.

Watching Bryan ‘s long-legged stride excited her. Hearing his deep-toned, rough voice made her insides swirl. Even his ears seemed sexy, and if that wasn’t lust, she didn’t know what to call it.

With his palm at the small of her back, he ushered her ahead of him. He was easily 6 feet tall, which left them nearly the same height. Bryan didn’t seem intimidated by that. In fact, he didn’t appear to notice. His inattention to her as woman might be a problem, she decided.

He wrestled a set of keys out of a tight, damp, jeans pocket and unlocked the door, then held it open for her. Lights were on inside.

As she slipped out of his now soaked jacket, she watched him.

He ran his hands through his wet hair to push it out of his face, and turned toward her. Shay held out his jacket – and he froze.

With his hands still in his hair, his gaze zeroed in on her body. Slowly, very slowly, he lowered his arms. His attention was nearly tactile, heating her, making her heart beat fast.

Belatedly, Shay remembered what he’d told her, that the rain had made her tailored, white silk dress transparent. Oh no. With dread, she looked down, and almost collapsed with embarrassment. 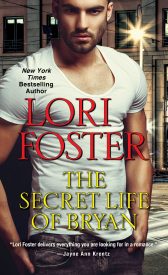 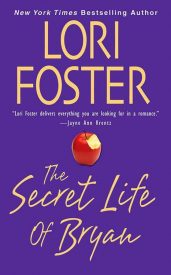 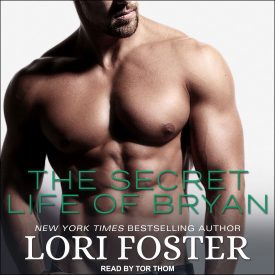