When You Dare - Lori Foster 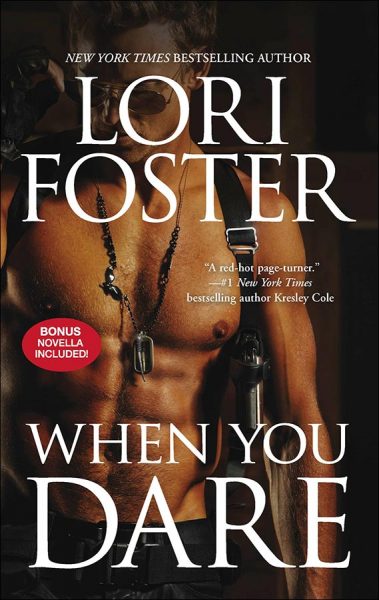 The tougher they are, the harder they fall…

Professional mercenary Dare Macintosh lives by one hard and fast rule: business should never be personal. If a cause appeals to him and the price is right, he’ll take the mission he’s offered. But then the lovely Molly Alexander asks him to help her track down the men who’d had her kidnapped—and for the first time, Dare’s tempted to combine work with pleasure.

Fiercely independent, Molly vows to trust no one until she’s uncovered the truth. Could the enemy be her powerful, estranged father? The ex-fiancé who still holds a grudge? Or the not-so-shy fan of her bestselling novels? As the danger heats up around them, the only anchor Molly has is Dare himself. But what she feels for him just might be the most frightening thing of all…

Reviews of When You Dare 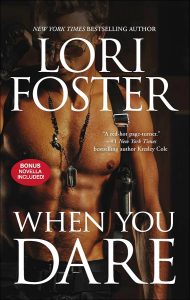 Dare came into the hotel room quietly, saw Molly curled on the bed, and frowned. The towel barely covered her, and with her knees pulled up, he would get one hell of a peep-show if he moved to the foot of the bed.

Not that he would. In many cases he lacked scruples; it was a hazard of the job. But with women, with this woman, he wasn’t about to take advantage. Despite her bravado and commonsense reaction to her nightmare, he’d never seen anyone more emotionally fragile.

Besides, the less involvement he had with her, unscrupulous or otherwise, the better. He needed to figure out what had happened to her, and the quickest way to safely remove her from his care.

He’d known she was spent, on the ragged edge, but the fact that she hadn’t even pulled the covers over herself proved her level of exhaustion.

More than anything, she probably needed to eat. But should he wake her for that when she also needed sleep?

He wasn’t a damn babysitter, but since he’d personally gotten her out of Mexico, he couldn’t very well just dump her somewhere. By rescuing her, he had accepted an implied responsibility.

Trying not to rattle the bags and juggling the food with his other purchases, Dare closed the door and locked it. A glance at the bedside clock showed the time at one-thirty A.M. He’d only been gone a half hour, tops.

Luckily the WalMart across the street stayed open twenty-four hours. He’d found not only clothes for her, but food, too. Dressing and feeding her would go a long way toward resolving her most pressing issues.

With barely a sound, he stowed the drinks in the tiny fridge and put her share of the food into the microwave to keep.

Removing his wallet, change and cell phone from his jeans, he placed them neatly on the desk. Next he took out his knife and the Glock 9mm he carried, and set them beside his other belongings. He stretched out his knotted muscles. Too many hours crawling over rough ground, ducking for cover and demolishing men without enough sleep or food had left him tense and weary.

After pulling a chair out from the round table, he opened the covering on his pancakes and coffee.

He’d taken only one bite when she stirred, sniffed the air, and drowsily opened her eyes. Dare turned toward her.

She gave him a “deer caught in the headlights” look.

He studied her, a small bundle huddled tight on the bed, face still ravaged and eyes wounded. Never had he seen a woman look so vulnerable.

He swallowed his bite and, sounding as casual as he could under the circumstances, asked, “Hungry?”

She stared back, then struggled up to one elbow. Her expression changed, the wariness hidden beneath that intrepid bravado. “Starved. Literally.”

With all the dirt removed, her big eyes dominated her small features. More marks showed on her fair skin, one on her cheekbone and under her left eye, one on her throat, and a darker, angrier bruise on her right shoulder.

She breathed deeply, her eyes closing and her nostrils flaring. “That smells so good.”

Out of his seat already, Dare fetched her food. “Do you want to sit here, or eat in the bed?”

She hesitated, looking down for a moment as if uncertain of her welcome, not wanting to inconvenience him. “Table please, but… I should dress first.”

“All right.” He set the food on the table and opened the bag of clothes, pulling out a few T-shirts, panties and a pair of pull-on cotton shorts. “You can get more stuff tomorrow if you feel up to it. Something warmer, maybe, and nicer for the plane ride. But for now, I figured this would fit.”

She didn’t look at the clothes. The arm she leaned on barely supported her, and her breath went choppy with effort.

Voice weak, strained, she said, “I’m sorry, but… I haven’t eaten in too long and I’m feeling kind of… faint.”

Dare straightened, going on alert. Would she pass out on him?

“If…if you could help me into the bathroom, I’ll dress in there.”

Shit. He did not want her passing out alone, maybe hitting her head. “Yeah, no problem.”

Dare moved to the bed and slipped an arm behind her, then drew her to her feet. She swayed into him, one hand clutching at his shirt and holding on for dear life.

She made no attempt to step away. He didn’t ask her to. “What would you like to do?”

“I can’t…” She choked, cleared her throat, and her voice was so low he barely heard her when she said, “This is embarrassing, but the shower…” She swallowed. “I think I’m depleted.”

Easing her back onto the bed, Dare knew he’d have to be firm to get her agreement. “Okay, Molly, listen up.” He kept his tone as impersonal as possible. “This isn’t a big deal. I can dress you. I can even feed you.”

She rolled in her lips with embarrassment, a habit he’d already noticed.

“It’s nothing I haven’t done before,” he lied.

That brought her dark eyes up to his.

Damn, but her eyes could melt a man’s soul. “I’m in the personal protection business. You’re not the first woman I’ve rescued. You’re not even in the worst shape.” Another lie. Most women he retrieved were found in the first forty-eight hours before too much damage had been done—or they weren’t found at all. “Okay?”

Still with her gaze locked on his, she nodded.

“Good girl.” He grabbed the clothes from the bag, not really discomfited with the task, but he’d just as soon get past it.

Taking clothes off a woman, yeah, he had plenty of practice with that.

Dressing the near-dead… not so much. 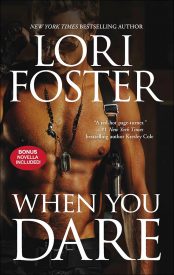 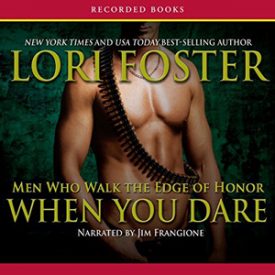 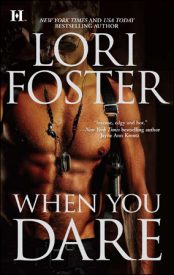 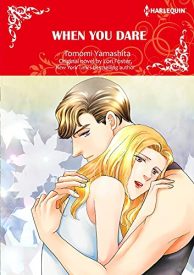