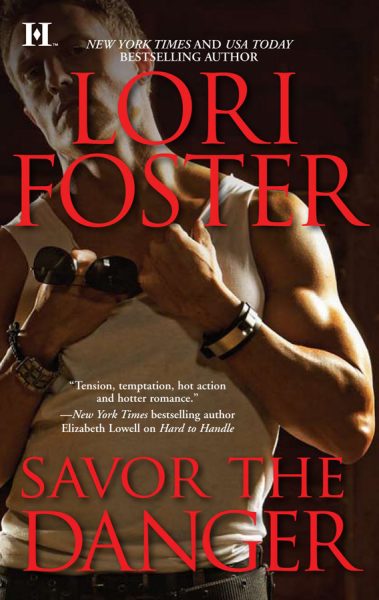 She may be aloof, and more pretty than gorgeous, but Alani Rivers is the kind of woman a hot-blooded mercenary can’t forget, no matter how hard he tries. So when Jackson Savor wakes up next to the naked, sleeping beauty—with no memory of what happened—he knows he’s been drugged… even if Alani doesn’t.

After she was kidnapped, Alani swore she’d never trust another man again. Still, something about this strong, sexy hero with the tender touch makes her want to believe him. As Jackson hunts downs a mysterious intruder, he swears he’ll move heaven and earth to keep Alani safe. But what really happened that night? And will the truth bring them closer than they ever thought possible—or put Alani squarely in harm’s way again?

Reviews of Savor the Danger 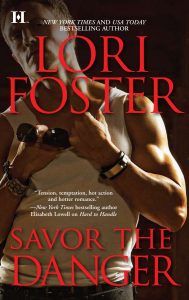 A little slack-jawed, Alani watched as Jackson meandered down the hall and disappeared into her home office. His long-legged, rangy walk set her heart to tripping; the thought of him going through her personal files slowed it again.

She snapped her mouth shut.

Had that parting shot of his been mockery, or a sincere statement reflecting what they’d shared, the bond they’d forged last night?

A bond that only she could remember.

Groaning, she put her hands over her face and slumped into her bedroom. She quietly closed the door and dropped back against it.

Being honest with herself, she had to admit that deep inside, she’d been expecting – maybe even hoping – that he’d press the issue of intimacy. He wanted her again. He’d been more than open and upfront about that.

But instead, he chose to honor her wishes, the wishes she knew to be more responsible. More reasonable.

It would be a very long night.

Taking her time, Alani freshened up, tidying her hair, brushing her teeth, giving her make-up a boost. With nothing more to do, she girded herself for Jackson’s impact, both emotional and physical, and went in search of him.

She opened her bedroom door and found him right there in the hallway, leaning on the wall, relaxed, waiting for her.

Before she could apologize for making him wait, he straightened.

She stepped out, and his warm palm curved to the small of her back.

Alani felt the touch everywhere. But then, even if he hadn’t touched her, she’d have been acutely aware of him beside her. When Jackson was in a room, he occupied everything, the space, the air, the attention.

Knowing they were alone, with the bedrooms at their backs, quickened her breath.

“I parked down around the corner.”

Surprise slowed her steps, but since Jackson kept walking, she did too. It hadn’t occurred to her that his car was missing. If she’d seen it on the street in front of her house or in her driveway, she’d have been forewarned of his visit.

And maybe she would have avoided him.

“You didn’t want me to know you were here?”

“I didn’t want anyone else to know.” His hand slid to her hip, nudged her a little closer to him. “In case I was followed, no way did I want to lead anyone to you.”

Another reminder of the danger they might be in. “Well, you should bring your car up to my driveway now.”

“Maybe later.” He stopped at the entrance to her small living room, where so much drama had already gone down. “For now, how about we take your car?”

“All right.” She didn’t mind that. With all he’d been through, it’d probably be better if he wasn’t driving. Sure, he had to be macho and swear he felt no side-effects from being drugged, but how could that be? If she took cold medicine, it wiped her out, and he’d been given a drug so heavy-duty that it had obliterated his memory.

In the kitchen, she found her purse, keys, and Jackson’s hat. She rejoined him in the foyer.

He took the hat from her, slid it onto his head, and then held out a hand.

One brow raised, Alani looked at him in question.

She slid her purse strap over her shoulder. “That’s okay. I’ll drive.”

A priceless expression fell over his face.

“Oh please.” Alani had to laugh. “It’s not like I asked to carry your gun.”

Heartfelt, he tipped back his hat and scoffed. “I’d say no to that, too.” He scrutinized her. “But you do know how to shoot, don’t you?”

“I know enough.” And after her kidnapping to Tijuana, she’d done plenty of practicing to ensure she could handle a weapon.

He reached for her purse. “You carrying?”

“No!” Alani snatched the bag away. “Of course not.”

Considering that, Jackson declared, “We’ll get you a piece. You shouldn’t be out and about without it.” He gave her small designer purse a look of dislike. “You’ll need to carry something bigger, though.”

She did not want to be armed. “You’re here, so what do I need with a gun? Aren’t you protection enough?”

He went so still, it almost made her laugh again. Until he said, “You suggesting I should stick around 24/7?”

Keeping her caught in his gaze for far too long, he studied her, and finally smiled. “Yeah, I’m protection enough. I guess as long as you’re with me, you don’t need anything else.” He snatched the keys out of her lax hand. “Come on. Let’s get out of here….” 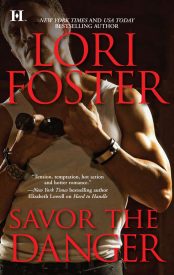 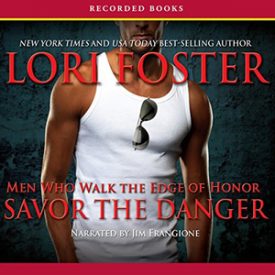