Book 4.5 in the Men Who Walk the Edge of Honor Series 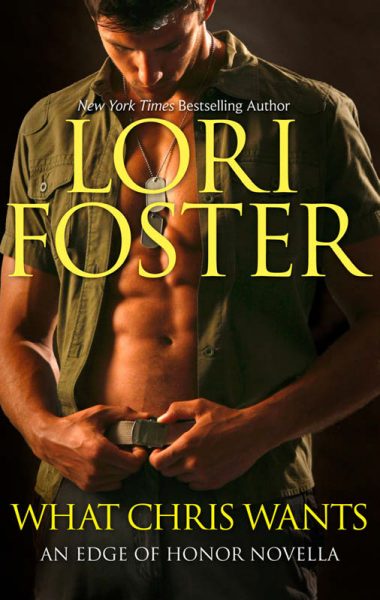 Book 4.5 in the Men Who Walk the Edge of Honor Series

Chris Chapey gets his own story!

When the going gets tough, the tough turn to Chris Chapey. As the right-hand man to a group of take-no-prisoners mercenaries, Chris can organize a top secret rescue mission with his eyes closed. But when it comes to his personal life, Chris is the one who needs a little help.

His problem: Matt Houser. Chris can’t deny his attraction to Matt, but Matt has no idea what Chris’s job really entails and how much it means to him. Matt challenges Chris to change his life—and make a place for him in it. Can Chris risk telling him the truth?

Reviews of What Chris Wants

is Book 4.5 in the Men Who Walk the Edge of Honor Series 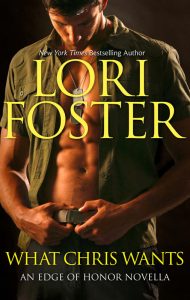 Dressed in his usual aged and faded T-shirt with comfortably loose shorts, his feet bare and his hair finger-combed, Chris stared at the bed.

Or more precisely, the man in his bed.

On his stomach, dead to the world, the rumpled sheet covering only a small part of his lower body, Matt slept on undisturbed. He was so damned different from Chris. Precise in his style and attitude. A hairdresser, for crying out loud—though Matt insisted on being called a Master Stylist.

He was good, no two ways about it. He owned his own upscale salon and catered to the elite—people who were, again, nothing like Chris.

Maybe that was what drew him to Matt. More appealing than the good looks and fit bod was his outlook on life. Matt was different, exciting, fun and easy to be with.

But the big problem remained: Matt had no idea what Chris really did for his friend and employer, Dare Macintosh. He didn’t—couldn’t—know the high-level, influential and powerful reach of Dare’s assignments.
Matt mingled with them all: Dare, Trace, Jackson and Spencer. He was accepted. But only because he didn’t know. The others trusted Chris to understand the importance of privacy. Not that Chris dug into the minor details either.

He coordinated for the others, lining up transportation, fabricating their cover. Research. Data. When necessary, he did computer surveillance, background checks, document searches.

He knew the men never left unfinished business or loose ends. They all had the capability to be lethal. They worked with local authorities when they could, but had the capacity to move beyond them when necessary.

Whenever possible, he stayed on the sidelines. If Dare went off on a mission, Chris held down the home front. And despite what Matt might think, he was damn good at his job.

Rolling to his back, Matt stretched, unwittingly putting on a show, displaying flexed muscles and innate sensuality. Even first thing in the morning, Matt looked good. Too good. Chris locked his jaw and his knees, fighting the urge to rejoin him in the bed. But if it was only physical appeal, resisting would be easier.

With Matt, it was so much more.

After a yawn Matt opened his eyes—and caught Chris’s smile.

Which, of course, made the smile disappear. “I made coffee,” Chris told him, trying not to stare too hard when Matt sat up.

No, he didn’t. But Matt did. “You probably have time for one cup, but I have to get to work.”

Matt’s eyes narrowed. “That’s your way of telling me to hit the road?”

Jesus, he did not want to have this argument, not now. “You don’t need to get to work?”

An arrested expression came over Matt’s face. He twisted to see the clock on the nightstand, and then relaxed. “I have an hour, damn it. Don’t scare me like that.”

Glad for a change in topic, Chris asked, “Important client coming in?”

“Wealthy client.” Matt grinned. “I make her beautiful, and she tips me really well.”

And of course that made her important, yet Matt refused to see the importance in what Chris did.

Because he doesn’t know what you do.

Biting off a groan, Chris turned away. “I’ll call you later.”

He heard Matt leave the bed, but he didn’t slow down. He just kept walking, away from Matt, away from his conflicted feelings, and away from the need for immediate decisions… 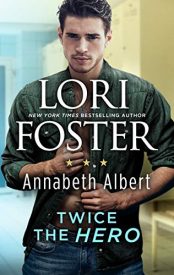 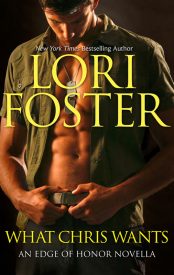