Book 1 in the Ultimate Series 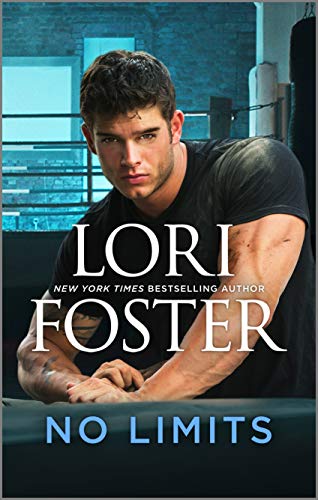 Book 1 in the Ultimate Series

Cannon Colter is quintessential hero material: chiseled jawline, shredded body—the works. He’s also the guy who rescued Yvette Sweeny from kidnappers, only to put an end to her romantic dreams. These days, she’s older, smarter, determined to face whatever life throws her way. Even the prospect of sharing a house and business with Cannon.

Cannon knew Yvette wanted him three years ago. But she was young—and some things are worth waiting for. Thrown together by her grandfather’s legacy, he realizes how deep Yvette’s scars really go, and how much danger lurks in their quiet town. As pent-up desire explodes between them, protecting her becomes the only fight that matters. And he’ll break all the rules to do it…

Reviews of No Limits

A “well told and satisfying story.”

No limits is #1 in "9 red-hot sports Romance Novels"

Bravo to Lori Foster for creating a love story that captivates and charms in the most balanced way.

Extras for No Limits

is Book 1 in the Ultimate Series 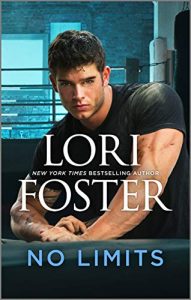 Cannon couldn’t stop looking at her. Damn, he’d remembered her as pretty, but she’d matured into killer good looks—and didn’t seem to know it. An angel’s face paired with that trim but curvy figure, and yeah, he was pretty sure every guy in the place had already started fantasizing.

Too bad, because none of them would touch her.

If he’d had any doubts about wanting her, they were put to rest in a big way. Instead of three years, it felt like a decade he’d been waiting on her. Yes, he wanted her. He would have her, too.

The only question was how soon.

A few weeks ago she’d lost her grandfather, and she probably needed time to acclimate to being home around the unpleasant memories. He’d love to segue right from hello to hell yeah, but he also enjoyed just looking at her and talking with her.

Sipping her Coke, Yvette stole a peek at him. Feathery lashes framed those big green eyes he remembered so well—eyes that used to watch him with innocent infatuation, but now seemed wary. She sat straight, proper. Spoke carefully. Avoided his direct gaze.

As Tipton had said, she was guarded.

She wore makeup, but not a lot. Even in a ponytail, her long dark hair made him think of it spilled loose on his pillows, or gliding over his chest.

And her clothes, while casual, covered such a sweet body it left him visually undressing her.

Knowing he had to get a grip, he asked, “Are you hungry?”

She shook her head. “But please go ahead and eat if you want.”

“I’m good.” Arms folded on the top of the booth, he smiled. “I can’t get over how much you’ve changed.”

That pleased her, he could tell. “It’s been almost three and a half years.”

Long enough for her to put the past behind her? To put him behind her? No, he wouldn’t let her. “I’m so damn sorry about Tipton.”

“Thank you.” She set the drink aside, then nervously drew her finger through the damp ring the glass had left on the booth top. “I wanted to talk to you about that. About—”

Cannon forced his gaze away from Yvette. “Sure.” He would never alienate a fan, but damn, the timing could be better. Yvette had been screwing up her courage to say something. Now he had to wonder what.

Stepping out of the booth, he bent a little to put himself more in line with the shorter guys, and with a double thumbs-up, smiled as a plump lady used her cell phone to snap a few photos.

That only seemed to unleash other fans, and before he knew it, he was posing with men and women alike. Some wanted to hug him, some wanted him in a fighter’s stance, a few just wanted him to mug for the camera. Before he could get a handle on things, he’d taken around twenty photos and signed more than a dozen autographs.

Yvette watched it all with a look of fascinated indulgence. When there seemed to be a lull, he reseated himself. “Sorry about that.”

“You’re popular, I understand.” Her long glossy ponytail spilled over her shoulder when she tipped her head to study him. “I watch the fights.”

That pleased him more than it should have. “Yeah? What do you think?”

That earned a short laugh. “Humble too.” Shaking her head, she teased, “No wonder they call you the Saint.”

He’d rarely heard her laugh before, and hearing it now did funny things to him. It was nice. Rich. Husky. 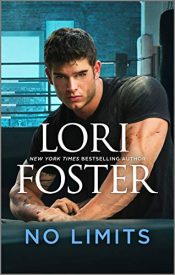 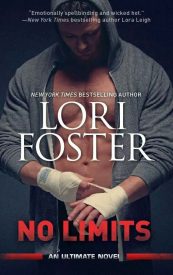 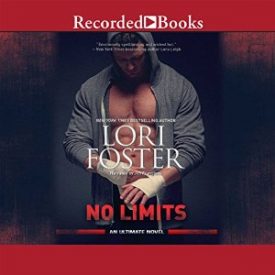 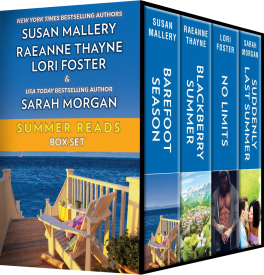