Book 2 in the Ultimate Series 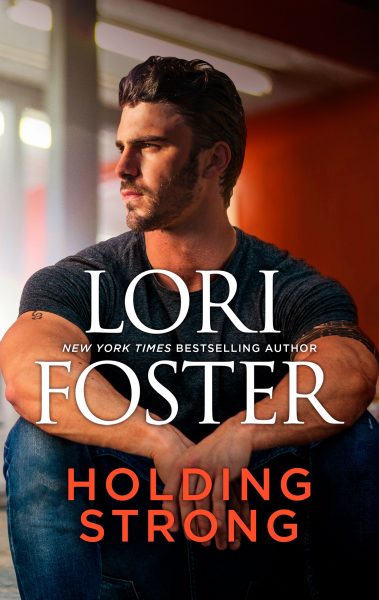 Book 2 in the Ultimate Series

An up-and-coming MMA fighter wants more than just one night from a woman fleeing her past.

Heavyweight fighter Denver Lewis plays real nice, but he doesn’t share. That’s why he’s been avoiding top-notch flirt Cherry Peyton. But a man can only resist those lush curves for so long. Their encounter surpasses all his fantasies, bringing out protective urges that Cherry’s about to need more than she knows…

Denver’s combination of pure muscle and unexpected tenderness has been driving Cherry wild. Yet no sooner does she get what she’s been craving than old troubles show up on her doorstep. And this time, Cherry can’t hide behind a carefree façade. Because the man by her side is one who’ll fight like hell to keep her safe…if only she’ll trust him enough to let him…

is Book 2 in the Ultimate Series 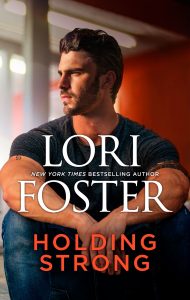 Anticipation growing sharper, Denver led her through the throng, steering her around small clusters and heavier crowds. The loud, pulsing music and clamor of laughter and conversation made it difficult to talk until they finally reached the entrance.

As he drew her out the doors and into the quieter night, Cherry tipped up her face and drank in the humid evening air. “Ohhh, this is so much better.”

A storm gathered in the distance, sending brief flashes of lightning across the horizon. He could smell the rain in the air, and he felt his own mounting tension.

While a frisky breeze played with her hair, Cherry ducked against him comfortably, as if they’d been cozy forever.

She couldn’t know how it affected him, feeling her sweet body so close, inhaling the hot scent of her skin mixed with the dampness of the night.

He couldn’t help but touch her cheek, smoothing back her hair. She turned into his hand, smiling.

Would she look like that, all relaxed and satisfied, after she came?

Her lashes lifted and she looked at him. “It feels good, doesn’t it?”

Had she read his mind? He opened his hand, stroked his fingers through her silky hair. “What?”

“The quiet and the fresh air.”

She felt good. But then he was so primed that everything she said and did felt like a come-on.

Thick clouds tumbled over the stars and moon, but street lamps illuminated the area. Sluggish traffic went by. People milled in and out of the bar and the hotel across the street.

Apparently in less of a hurry than him to reach her room, Cherry turned toward him to chat. “Yvette left with Cannon right after the fight ended.”

Looping his arms around her waist, Denver nodded. “I talked with him.” Cannon always came as Armie’s corner man if his own fight schedule with the SBC didn’t have him out of town. It was a treat for all the other fighters at the event, and a thrill for the locals. “He’s as sappy as Gage.”

Her smile twitched. “Guess it helps that the ladies really enjoy the fights.”

Shadows played over her, emphasizing the swells of her breasts. With every move she made, that soft flesh drew his eye. He couldn’t wait to get his hands on her.

She didn’t exactly flaunt her curves, but she was definitely aware of them and the effect they had. The V-necked T-shirt she wore tonight was casual, but the way it fit her rack kept distracting him. He could tell she wore a bra, but it had to be insubstantial.

He worked his jaw when he saw that the cooler air had tightened her nipples.

Or maybe it was his gaze that did that.

Aware of her watching him, Denver asked her, “What about you?” She attended all the local events and when possible, traveled with Merissa—her roommate, who was also Cannon’s sister—to watch Cannon compete. She’d even gone with them to Japan.

As a daycare worker for preschool kids, Cherry had weekends free and could usually get Friday off by trading with another employee. But Denver knew some women liked the atmosphere, the excitement and interaction with fighters more than the actual sport.

With the way he stared at her body, he could understand her confusion. Knowing he wouldn’t last much longer, Denver got her walking again. “You enjoy MMA?”

“Mostly.” As they crossed the lot, a trio of laughing men passed them. To make room, Cherry squeezed more closely against his side.

And damn, he liked how she fit. Her five-seven was a lot smaller than his six-two, but not too small.

“I don’t understand all of it,” she admitted, going back to their topic. “But it’s exciting when someone I know wins.”

The increasing wind slapped against them, carrying her hair up to his chin. Denver drank in the scent of her, wondering if she smelled that good—or better—all over.

“I could do without the blood,” she admitted. “And once, I saw a guy’s arm break.” She winced as if she felt the pain herself.

Smiling, Denver paused with her just outside the hotel door to let another group exit. “I remember that fight. The idiot should have tapped. Injuries like that aren’t common, but every now and then they happen.”

“Have you ever been injured?”

He laughed. “Hell, yeah, but not bad. My worst injuries happened in training, not in competition.”

“Comes with the territory. Like I said, nothing serious, and nothing too bad in an actual fight.”

Still frowning with worry, she shoulder bumped him. “Because you’re good?”

“Sure.” Modesty had no place in the life of a professional MMA fighter. “But I’m also trained, and that makes a big difference.”

Hugging his arm, she said, “I’m really looking forward to seeing you fight.”

Since he didn’t know where things were going with her, he didn’t want to plan that far ahead. Mostly, he wanted to plan for the rest of the night. Period. “Headache better?”

She looked so sweet it was a challenge not to kiss her. If they were alone, he wouldn’t bother resisting. But people hung around the hotel lobby and just outside its doors. Other fighters called out to him. A woman asked to get her picture with him. Denver let Cherry go long enough to oblige the fan.

When he rejoined her, she whispered, “You’re so popular.”

Only in certain crowds, and right now he could do without the recognition. “Come on.” Taking her hand, he led her inside and went straight for the elevator. They had to squeeze in with other people…including the guy who’d hit on her earlier. 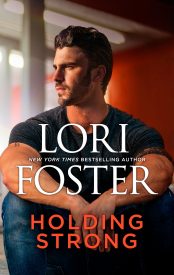 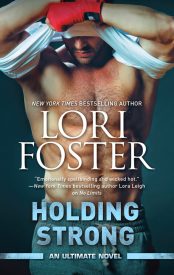 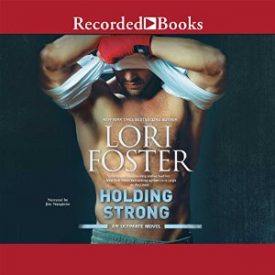