Book 4 in the Ultimate Series 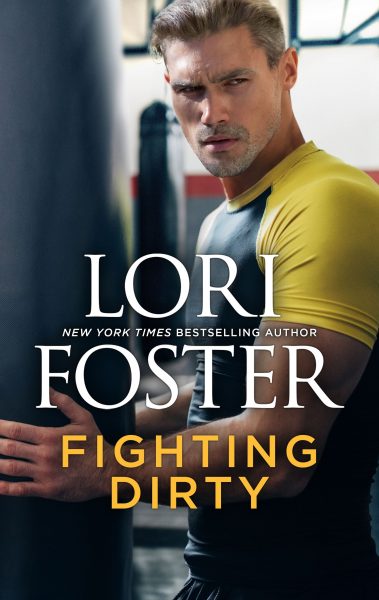 Book 4 in the Ultimate Series

He’s the hottest MMA fighter in the game, but one woman is ready to try out a few steamy moves of her own…

Good girl meets bad boy. It’s a story that rarely ends well. But Merissa is taking matters into her own hands. No matter how he views himself, the Armie she knows is brave, honorable, and completely loyal. And as past demons and present-day danger collide, they’re both about to learn what’s truly worth fighting for…

is Book 4 in the Ultimate Series

“Jesus, Quick. You’re a freak of nature. You know that, right?”

Armie Jacobson, known as Quick to his fighter friends, ignored the complaint and threw a few more jabs, then a solid body shot, making Justice, a six-foot-five heavyweight, double over. Stepping back, Armie flexed his hands, bounced on the balls of his feet, and waited.

Unfortunately, Justice only put his hands on his knees and sucked air.

“Screw you.” Schlepping back to his corner, Justice grabbed up a water bottle. He doused his head and chest, and then started chugging.

Aware of others watching, Armie said nothing. Everyone worked out, trained and sparred in the rec center, but lately, whenever he did, a dozen or more people stopped to watch. He didn’t mind an audience. Hell, he couldn’t be a competitor if he did. For the most part he paid no attention. Once he got in the cage, he went into a zone and the world receded.

But this insane ogling shit, like he was a damned sideshow, bugged him big-time.

A trickle of sweat tracked down his temple from his headgear, and he swiped a forearm over his face. His muscles burned and more sweat soaked his chest, abs and rolled down his spine. He was figuring out what to say to Justice to get him back in action when he picked up her scent. The faint perfume cut through the rec center air, thick with the smells of sweaty men working hard.

Trying to look casual, Armie stared at Justice but in his peripheral vision he saw her striding across the room. No mistaking that long-legged gait, or that longer dark hair. He swallowed, frozen.

“What?” Justice asked, sounding both suspicious and ridiculously alarmed with the way Armie had locked onto him.

Armie shook his head – and thankfully Merissa disappeared into the hallway leading to the offices.

Releasing a breath, he looked toward the clock and frowned. Yeah, they’d been at it for a while, maybe longer than he’d intended. His cardio was better than most, definitely better than Justice’s, the big lug.

Armie walked over to him. “You need to get more gas in the tank.”

When Armie grinned, Justice eyed him warily. “Stop it.”

That switched his grin to a frown. “Bitchy much?”

Justice slouched against the wall and glared back. “You shouldn’t be able to grin, you prick. You should be as tired as me.”

A natural trainer, Armie took pity on him. “You’re a lot bigger.” As a six-foot tall middleweight, Armie stood five inches shorter and weighed a lot less than Justice.

“Lotta good it does me.”

Squatting down in front of him, Armie said low, “People are watching, so stop whining.”

Justice’s gaze slipped past him and he groaned.

“Yeah, the big dogs are here again.” Damned nosy bastards. Ever since he’d signed with the SBC, the powers-that-be had been scoping him out like their newest lab rat. “Stand up, go another two minutes with me, then we’ll call it quits.”

Huffing out a breath, Justice lumbered to his feet. “Freak of nature,” he muttered again, but he followed Armie out to the center of the ring, and he did his best.

His best was nowhere near good enough against Armie.

But then, they fought for very different reasons.

Twenty minutes later, fresh from the showers, Armie was ready to head out. The mid February weather left frost on every surface, so he tugged on a stocking hat over his still wet hair and pulled a thick hooded sweatshirt on over his clothes. Carrying his gym bag, he entered the main area cautiously. This late in the day, the mats were now cleared. Miles and Brand took their turn mopping with sanitizer. Many of the lights were turned down and only the core group of friends remained, clustered together in conversation.

The SBC heads were gone, and better still, he didn’t see Merissa anywhere. She’d probably just been dropping off paperwork for her brother, Cannon, who owned the rec center.

Relieved, Armie started for the door. With any luck, he’d manage it before someone stopped him –

Damn. After a slight hesitation, he turned to where Denver, Stack and Cannon all stood together. “What’s this? The three Married Musketeers?”

Stack, who’d only married a month ago, reeked of satisfaction. “Aw, he’s jealous.”

Yup. But since he’d die before admitting it, Armie said, “Nope.”

Checking the time, Armie said, “I could be lonely with three very nice ladies if you yahoos would let me leave.”

Unlike the others, Cannon didn’t laugh. “Seriously? Again?”

Why the hell did his best friend have to sound so disapproving? And if he knew why Armie had made those plans, he’d probably be pissed as well as disapproving, because it was thoughts of Cannon’s little sis that he worked so hard to obliterate. Not that a foursome would accomplish much beyond taking the edge off. His obsession with Merissa seemed to amplify by the day.

Copping an attitude, Armie shrugged. “Yeah, really. Unless you have something -” Or someone “- better for me to do?”

“As a matter of fact, that’s why I wanted to talk to you.”

Well hell. He hadn’t figured on that. Armie ran a hand over his hair. “Then let’s hear it.”

“Yvette wanted everyone to come over tonight to hang out and visit.”

Armie adored Yvette. She was perfect for Cannon and a real sweetheart. But damn… “Who all will be there?”

With a very knowing smile, Cannon said, “Everyone important to us. So don’t miss it.”

Armie didn’t want to, but with all the guys eyeballing him, how could he refuse? “What time?”

Armie scowled. “What do you mean, now?”

“Now, as in you don’t have time to do anything else, so forget it.”

Justice came dragging out, his faux-hawk hair still wet, his goatee in need of a trim, and his cauliflower ears worse than ever. He shoulder-bumped Armie as he passed. “If you hadn’t been determined to cripple me, maybe you’d have had more time for playing.”

“Wuss,” Armie accused with a grin.

“He has a point,” Brand said as he pushed a mop bucket toward them.

Miles, giving one last swipe of the mat, followed him. “Keep pushing that hard and you’re liable to hurt something before the competition.”

“I still have two months.” Two months of freedom and he’d spend it however he wanted. Sure, Armie knew there were established training methods, but they weren’t for him. Never had been, never would be – no matter who he fought for.

As if he’d forget.

“Carter Fletcher isn’t a slouch,” Miles added. “You might not walk through him like you do the local guys.”

“They call him Chaos for a reason.” Brand frowned. “I’ve seen him fight and he’s unpredictable.”

Yeah, so his first opponent was supposed to be a stud. Big deal. Armie shrugged to show he didn’t really care. Not that long ago the SBC, the most widely known MMA organization, had run him to ground and all but coerced him into signing on with them. Cannon had helped with that, pushing him to take the next step since he’d already demolished all the records in local venues.

It was a big step, too, something all the other guys had worked for. The SBC paid a lot more and offered incredible name recognition. Their fighters traveled the world to compete.

But Armie liked being low key; it was a hell of a lot safer for multiple reasons. If it wasn’t for Cannon –

“He’ll do fine against Carter,” Cannon said. “And don’t worry about his training. Armie motivates differently, that’s all.”

Always, no matter what, Cannon had his back. As the only other person to know why he’d avoided fame and fortune, Cannon understood. They weren’t related, but they were brothers all the same.

Which was the second biggest reason he couldn’t, shouldn’t, crave Merissa the way he did. Cannon protected those he loved.

And he loved his sister a lot.

Glad for the switch in topic, Armie pulled out his phone. “Guess I better make some calls and let the ladies know I won’t make it after all.”

Stack looked at Denver. “If it was anyone but Armie, I’d think he was making it up.”

Armie walked away knowing they were right. 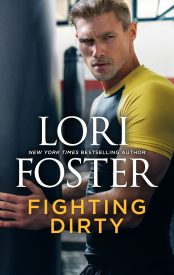 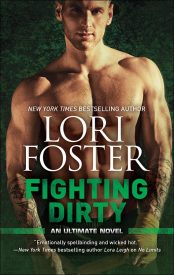 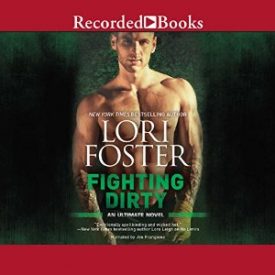