Book 0.5 in the Ultimate Series 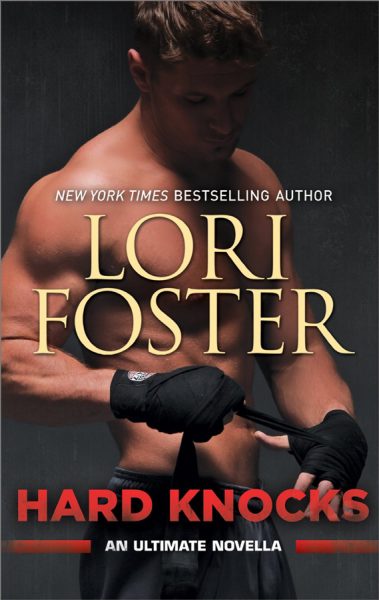 Book 0.5 in the Ultimate Series

Lori brings together an elite fighter and the woman he’s determined to win.

Power. Brute strength. Unforgettable moves. It’s no wonder Harper Gates hasn’t been able to get her fling with Gage “Savage” Ringer out of her head. Months have passed since she laid eyes—or any other body parts—on him. Months without a word of contact… until, sidelined by injury, he comes back to town.

Staying focused on his training seemed like a smart move to Gage, even if he thought about Harper every day. Seeing her again only makes it clear how much is at stake. He’s got one night to earn back her trust. One night to show her that behind his breathtaking skill and ripped body is a man who’ll give her everything she needs.

is Book 0.5 in the Ultimate Series 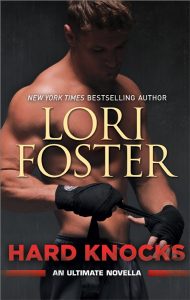 Actually, he’d been so caught up in training, he’d been away from female company for some time now. You’d think he’d be anxious to let off steam in the best way known to man.

But whenever he thought of sex…

Harper laughed again, and Gage set his back teeth even while sneaking a peek to see what she found so funny. Armie said something to her, and she swatted at him while smiling widely.

Like most of the fighters, Armie understood Gage’s preoccupation and ignored him. Now if he would just ignore Harper too, Gage could get back to brooding.

Instead, he was busy thinking of female company – but there was only one woman who crowded his brain.

And for some reason, she seemed irritated with him.

His dark scowl made the stitches above his eye pull and pinch, drawing his thoughts from one problem and back to another.

One stupid mistake, one botched move during practice, and he had an injury that got him kicked out of the competition.

Damn it all, he didn’t want to be here tonight, but if he hadn’t shown up, he’d have looked sad and pathetic.

“Stop pacing,” Harper said from right behind him. “It makes you look sad and pathetic.”

Hearing his concern thrown right back at him, Gage’s left eye twitched. Leave it to Harper to know his exact thoughts and to use them as provocation. But then, he had to admit, she provoked him so well…

The only upside to heading home had been getting to see her. But since his return three days ago she’d given him his space—space he wanted, damn it, just maybe not from her. At the very least, she could have wanted to see him, instead of treating him like one of the guys.

Relishing a new focus, Gage paused, planning what he’d say to her.

She didn’t give him a chance to say anything.

With a hard whap to his ass, she walked on by and sashayed down the hall to the back.

Gage stood there, the sting of her swat ramping up his temper… and something else. Staring after her, he suffered the sizzling clench of emotions that always surfaced whenever Harper got close—which, since he’d returned home with his injury, had been rare.

He’d known her for years—grown up with her, in fact—and had always enjoyed her. Her wit. Her conversation. Her knowledge of mixed martial arts competition.

They’d recently taken their friendship to the next level, dating, spending more private time together. He’d enjoyed the closeness…

But he’d yet to enjoy her naked.

Time and circumstances had conspired against him on that one. Just when things had been heating up with Harper, just when it seemed she was ready to say “yes” instead of “not yet,” he’d been offered the fight on the main card in Japan. He’d fought with the SBC before. He wasn’t a newbie.

But always in the prelims, never on the highly publicized, more important main card. Never with such ananticipated event.

In a whirlwind, he’d gone off to a different camp to train with Cannon, getting swept up in the publicity and interviews that went with a main card bout…

Until, just a few lousy days ago—so fucking close—he’d miscalculated in practice, and sustained a deep cut from his sparring partner’s elbow.

A cut very near his eye that required fifteen stitches.

It made him sick to think of how quickly he’d been pronounced medically ineligible. Before he’d even caught his breath the SBC had picked his replacement.

That lucky bastard was now in Japan, ready to compete.

And Gage was left in Ohio. Instead of fighting for recognition, he fought his demons – and got tweaked by Harper.

He went after her, calling down the empty hallway, “I am not pathetic.”

From inside a storage room, he heard her loud “Ha!” of disagreement.

Needing a target for his turbulent emotions and deciding Harper was perfect – in every way – he strode into the room.

Bent at the waist, Harper had her sexy ass in the air while she pulled disposable cups off the bottom shelf.

His heart skipped a beat. Damn, she was so hot. Except for bad timing, he’d be more familiar with that particular, very perfect part of her anatomy.

Not sleeping with her was yet another missed opportunity, one that plagued him more now that he didn’t have the draining distraction of an upcoming fight. His heart started punching a little too hard. Anger at his circumstances began to morph into red-hot lust as he considered the possibilities.

But then, whenever he thought of Harper, lust was the least confusing of his emotions.

Now that he was home, he’d hoped to pick up where they’d left off. Only Harper had antagonism mixed with her other, more welcoming signals, so he had to proceed with caution.

“What are you doing?” he asked, because that sounded better than saying, “Damn girl, I love your ass.”

Still in that tantalizing position, she peeked back at him, her brown hair swinging around her face, her enormous blue eyes direct. With her head down that way, blood rushed to her face and made her freckles more noticeable.

There were nights he couldn’t sleep for wondering about all the places she might have freckles. Many times he’d imagined stripping those clothes off her, piece by piece, so he could investigate all her more secret spots.

Like him, she was a conservative dresser. Despite working a secondhand boutique clothing store she always looked casual and comfortable. Her jeans and T-shirts gave an overview of sweet curves, but he’d love to get lost in the details if he could ever get her naked.

She straightened with two big boxes in her hands. “Armie had small juice containers out for the kids, but of course adults are going to want something different to drink. Same with the snacks. So I’m changing up the food spread.”

Due to her work schedule at the boutique, Harper had been unable to attend the party with the youngsters, but she’d sent in snacks ahead of time. She had a knack for creating healthy treats that looked fun and got gobbled up. Some of the options had looked really tasty, but if she wanted to switch them out, he could at least help her.

She glanced at the slim watch on her arm. “Lots to do before everyone shows up for the prelims.”

Since pride kept him at the rec center anyway… “What can I do to help?”

Her smile came slow and teasing. “All kinds of things, actually. Or – wait – do you mean with the set-up?”

“I…what?” Was that a come-on? He couldn’t tell for sure – nothing new with Harper. Clearly she’d been pissed at him about something, but now, at her provocative words, his dick perked up with hopes of reconciliation.

Snickering, she walked up to him, gave him a hip bump, then headed out of the room. “Come on, big boy. You can give me a hand with the folding tables.”

As confusion warred with disgruntlement, he trailed after her. “All right, fine.” Then he thought to remind her, “But I’m not pathetic.”

Turning to face him, she walked backward. “Hit home with that one, did I?”

“I can help you to fake it if you want.”

Despite the offhand way she tossed that out, it still sounded suggestive as hell. “Watch where you’re going.” Gage reached out, caught her arm, and kept her from tripping over the edge of a mat.

Now that he had ahold of her, he decided to hang on. Where his fingers wrapped around her arm just above her elbow, she was soft and sleek and he couldn’t stop his thumb from playing over the warm silk of her skin.

“Thanks,” she said a little breathlessly, facing forward again and treading on.

“So.” Though he walked right beside her, Gage couldn’t resist leaning back a bit to watch the sway of her behind. “How would we fake it? Not that I need to fake shit, but you’ve got me curious.”

Laughing, she leaned into him, smiled up at him, and damn it, he wanted her. Bad.

Always had, probably always would. 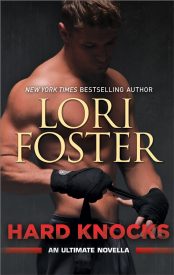