Book 4 in the Winston Brothers Series

Wild is featured in the anthology Wild and is not available on its own. 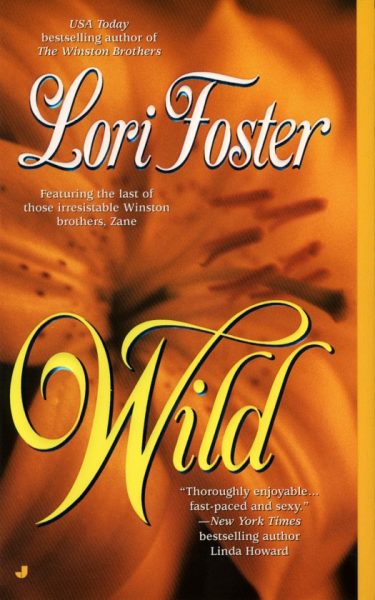 Book 4 in the Winston Brothers Series

Wild is featured in the anthology Wild and is not available on its own.

Zane Winston is used to fielding women’s not-so-subtle advances. But he’s still shocked when an exotic gypsy whispers some very suggestive words in his ear—and surprised to find that he’s aroused by her words rather than amused. After all, she’s not exactly his type…

But he soon discovers that Tamara Tremayne’s not really all that exotic. Her so-called psychic powers are (mostly) made up. Her waist-length black mane is a wig. And underneath the witchy makeup is a very stubborn, seductive woman—who may be in very serious danger…

Tamara refuses to accept Zane’s help—but he’s still sure she’s the woman for him. She may not be supernatural. But she’s sassy. Sexy. And totally wild…

is Book 4 in the Winston Brothers Series 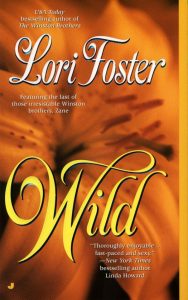 The suggestive, husky whisper stroked over Zane Winston with the effect of a soft, warm kiss to his spine.  It devastated his senses.

He froze, then clenched hard in reaction, his muscles tightening, his pulse speeding up.  He nearly fell off the stepladder.

The motherboards balanced precariously in his arms started to drop, but Zane managed to juggle them safely at the last second.

He didn’t want to look, didn’t want to acknowledge that soft whisper.  He knew without looking who had spoken to him.  Still, as was generally the case where she was concerned, he couldn’t not look.

His gaze sought her out, and found her standing a mere two feet away, her eyes downcast, her waist-length, black hair partially hiding her face like a thick, ebony curtain.

People shuffled through the small computer store, taking advantage of the sale he was running, grabbing at clearance items, storing up on disks. yet no one bumped into her, no one touched her. Alone in the crowd. she stood to the side of his ladder, and Zane could feel her intense awareness of him.  It sparked his own awareness until his breathing deepened, his skin warmed.

Damn it, that always happened when he was around her – which, was one reason why he tried to avoid her.

Zane’s computer business had done remarkably well the past year, and it required a lot of his attention.  The location in the small strip mall was ideal.  Her antiquated two-story building stood right next door of his shop.  Worse than that, the pulse-thrumming music she played could be heard everywhere, and it made his heart beat too fast.  With all these distractions, concentrating on software and modems wasn’t always easy, no matter his level of resolve.  And now with the damn dreams plaguing him, his iron control was fractured.

His brothers had taken to heckling him, tauntingly accusing him of too much carousing.  Zane didn’t bother to correct them.  No way would he tell them the truth behind his recent distraction – that his carousing had only been in his dreams, and his distraction was a little Gypsy he didn’t even find appealing.

Especially since he was determined to deny any such distraction.

The last thing he needed was a face-to-face visit with her.

Though he wasn’t looking at her, Zane felt her inch closer; he was aware of her all along his length, in his every pore, even in the air he breather.  The ladder had him several feet above her, which placed her face – her mouth – on a level with his lap. Damn damn damn. He tensed, waiting, and more imaged drifted into his mind.

“I want you,” she repeated, a little louder but still low enough that no one seemed to notice.

He hadn’t imagined it.

Anger erupting, Zane glared down at her, this time catching and holding her dark, mystical gaze.  Her long, coal-black lashes fluttered, but she didn’t look away from him. Staring into her eyes, he felt her thoughts and emotions invading his mind. Her nervousness touched him bone deep; the way she forced herself to remain still affected him, too.

How the hell did she manage to toy with him so easily? It outraged Zane, left him edgy and hot and resentful. Despite what some of his female associated might think, he was always the pursuer, not the pursued. He subtly controlled every intimate relationship, took only what he needed, gave only as much as he wanted, and no more.

Zane realized he was breathing too hard, reacting to her on an innate level.  Deliberately he jammed the boxes of motherboards onto the shelf before climbing down the ladder.

Facing her, his arms folded over his chest, he did his best to intimidate her while hiding his discomfort. He needed her to leave. He needed to stop thinking about her.

He was nearly certain his needs didn’t matter to her in the least.

“What do you want?” He sounded rude to his own ears, obnoxious and curt. But this was a battle for the upper hand, and he intended to do his best to win.

Her full lips, painted a shiny dark red, were treated to a soft, sensual lick of uncertainty. Filled with tenacity, her gaze wavered, then returned to his.  Her chin lifted. “As I said, I want…you.” 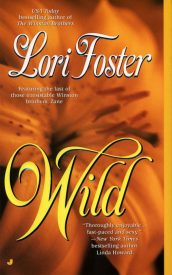 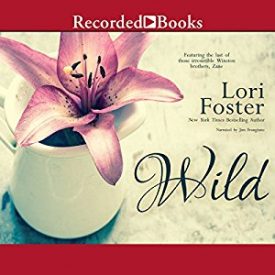