Book 2 in the PI & Men to the Rescue Series 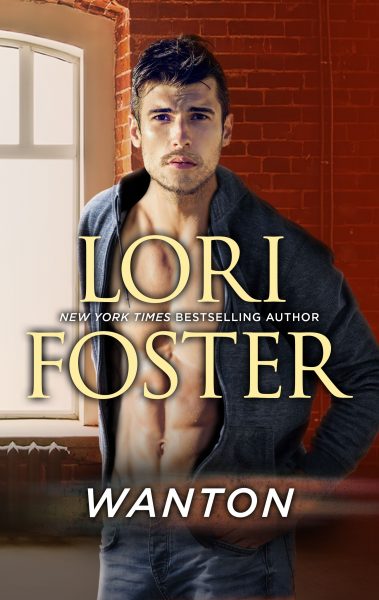 Book 2 in the PI & Men to the Rescue Series

P.I. Celia Carter has learned the hard way that when it comes to men, her judgment is almost fatally flawed. Determined to bury the past and never repeat the same mistake again, she throws herself into an undercover assignment that might be the riskiest of her career.

Dark, dangerous, and hell-bent on seduction, Alec Sharpe has had Celia in his sights for a long time…but when she willingly puts herself in jeopardy, he knows it’s time to take action. So he gives her two choices: back off the case, or accept his help to continue it. Either way, it’s time for Celia to face the heat between them—but as their passion rages out of control, can he convince Celia to trust him before the enemy closes in?

is Book 2 in the PI & Men to the Rescue Series 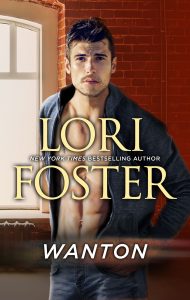 Surreptitiously, she glanced down the length of the bar to the small round table located there, situated in the far shadows. The man occupying the table, blond and very good-looking, perfectly matched the description she had been given. It was easy to recognize Jacobs; he had the same classic, refined, golden-boy appearance as her ex-fiancé, a look she now recognized as slick and phoney.

It took all her control to keep from reacting as he surveyed her through narrow, contemplative eyes. His gaze skimmed over her from her loose tousled hair down to her high-heeled sandals. Not wanting to be too obvious, to look too anxious, she turned her head away and flipped her hair over her mostly bare shoulder.

Seconds later her pulse jumped, then raced wildly as she sensed the approach of a man. She didn’t turn to look but she could feel the tingling awareness of him, could detect his male scent, not in the least subtle. Yes! He was going to take the bait. Her palms began to sweat in nervousness but she ignored it. She felt him brush against her while taking his own stool, and that brief touch felt electric, making her jump in surprise. She struggled to moderate her accelerated breathing. He was looking at her; she felt the burning heat of his gaze as strongly as a firm stroke of flesh on flesh.

Mentally rehearsing the speech she’d prepared, she turned to face him, her smile planted as she leaned slightly forward to display as much cleavage as possible, given her small size. Her gaze slowly lifted, met his, and she froze in horror. “Oh no.”

His smile wasn’t a nice thing and sent gooseflesh racing up and down her spine. His eyes locked onto hers, refusing to let her look away, and his lips barely moved when he spoke. “Close your mouth, honey, or you’re going to blow your own cover. And I don’t feel like fighting my way out of here tonight. But then again, seeing you in that dress, a fight might be just what I need.”

She snapped her mouth shut, but it wasn’t easy. The eyes looking at her weren’t blue, weren’t admiring, and didn’t belong to the man she was investigating, the man still sitting a good distance away, now watching curiously. These eyes were too familiar, a cold, hard black, and at that moment they reflected undiluted masculine fury.

Her heart raced even faster, urged on by new emotions, new sensations. She felt nearly faint, and collected her thoughts with an effort.

Forcing a shaky smile that actually hurt, Celia whispered, “Just what are you doing here, Alec?” She tried to make it look as if they were merely conversing, getting to know each other. She needed to maintain her camouflage, damn him, and Alec knew it.

Rather than offer an answer, he tossed back a handful of peanuts from the bar and watched her. His black hair—taken to curling toward the ends—hung loose tonight to touch his wide shoulders and reflected the glimmer of colored bar lights. Those same lights shone brightly in his narrowed eyes, eyes that made many a man back up in nervousness without a single word being spoken. His sharply cut, ruthless features seemed etched in stone, accurately reflecting his mood. He even smelled of danger, a hot, spicy, masculine scent that appealed to the senses, even as it amplified her nervousness.

Everyone in the bar seemed to be looking at them, waiting, but then Alec often got that reaction. He exuded menace, and people picked up on the silent threat quickly. He was a man who wore his tiny gold hoop earring and tattoo without artifice; the small decora- tions merely seemed a part of the overall man. His requisite jeans, scuffed boots and black T-shirt weren’t exactly appropriate dress for the upscale bar, but Celia doubted anyone would be brave enough to ask him to leave.

She was brave enough. “Look, Alec—”

His dark, devilish gaze did a slow burn down the length of her body, effectively stifling her protest. He paused on her small breasts as they rose above the neckline of the dress, thanks to the wonders of the push- up bra. She shifted uneasily.

He smiled, not a reassuring sight, and his attention snagged again on her tummy. She felt that look inside herself, then more so as his intense scrutiny lingered on her exposed thigh.

She wanted to smack him for rattling her so, but then she always wanted to smack Alec. He confounded her and angered her more than any man she’d ever met. But worst of all, he made her feel the undeniable reactions of a woman just by his mere presence, and she resented it. She didn’t want to want him, not when something inside her was a little afraid of him. He wasn’t an easy man, wasn’t domestic in the sense of the average male in today’s society. When he looked at her, when his black eyes met her own, she sensed a certain degree of savage wildness, of primal masculinity that couldn’t be tamed. She always hesitated to push him too far, and that angered her more than anything.

His smile was again more taunting than comforting. “I suppose I’m here to save your stubborn little behind, though to tell you the truth, that’s not my first inclination. At least, not where your posterior is concerned. 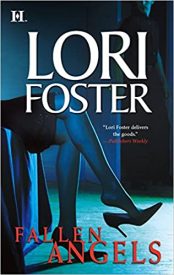 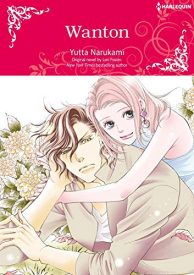