Caught in the Act - Lori Foster

Book 3 in the PI & Men to the Rescue Series 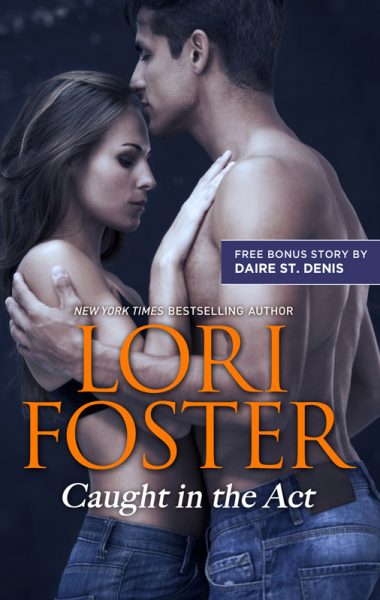 Book 3 in the PI & Men to the Rescue Series

When a robbery goes bad, undercover cop Mick Dawson can’t believe Delilah Piper (aka mystery writer Lela DeBraye) was just in the wrong place at the wrong time—and neither do the perps. The only way to protect her while he investigates what really happened is to stick with her 24/7—and try not to fall for the object of his investigation!

Reviews of Caught in the Act

is Book 3 in the PI & Men to the Rescue Series 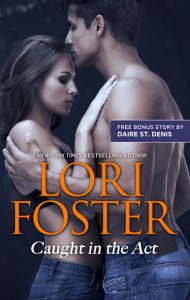 Rain drubbed the window sluggishly, but Mick Dawson could still see out, still see all the different people milling around the colorful umbrellas and hats. He was so intent on watching for her he listened to the conversation with only half an ear. But then, half an ear was the most required when his friends got started on that particular topic.

“See that gorgeous blonde?” Josh Marshall said deliberately baiting as usual. “The one who just came in? She’s wearing a push-up bra.”

“Is that right?” Zack Grange kept his tone dry. “How can you tell?”

“I know women.” Josh’s reply held an overdose of world-weary cynicism. “And I especially know women’s breasts.” He added, “At your age, I’d think you would, too.”

“Yeah, and at your age,” Zack retorted, “I’d have thought you’d outgrown your adolescent obsessions.”

The three of them sat in the corner booth at Marco’s, a casual Italian restaurant they’d first discovered five years ago. It was central to where they worked, in the downtown area.

They came often, more so every year, it seemed, until now they met almost daily for lunch and often for dinner, too. None of them was married. Josh remained a confirmed bachelor, Zack was now a widower and Mick.well, Mick hadn’t met the right woman. His criteria were strict, but to his mind, marriage was forever. He’d seen the worst quite often, marriages made in hell and sustained with sarcasm and cheating and drink. He’d also witnessed that elusive best, unions overflowing with love and trust and support. No way would he settle for less than what he knew could and should be.

Because of their different jobs-each of them stressful-and their lack of romantic ties, meeting at Marco’s was about as close to a domestic routine as they three men ever saw.

The restaurant served as a place for celebration-a promotion, a new house, whatever came up that seemed celebration worthy. They also commiserated with each other, as when Zack’s young wife had died and he’d wanted to retreat from life, not seeing anyone, not doing anything except coddling his little girl. Or after Mick had gotten shot in the leg and missed several weeks of work, making him edgy.

Mick’s life was all darkness and threats and caution. Ugly. Except here at Marco’s, and with the people he trusted-his two friends, his family.

No on else. At least, not yet.

No women had ever snagged his attention long enough to build a trust, certainly never for anything serious. Until now.

Now he was intrigued.

“Mick, tell this fool that breasts don’t lift to the sun like a flower.” Josh laughed at his own jest. “If they’re damn near touching her chin, she’s wearing a push-up bra.”

Mick glanced at Zack and grinned, “Josh is an idiot where women are concerned-including his insane fascination with breasts, which I agree, he should have outgrown years ago.”

Josh shook his head in a pitying way. “Men do not outgrow their fascination with breasts. You two are just weird.”

“A real woman,” Mick told him, “would chew you up and spit you out.”

“A real woman?” Zack asked, feigning confusion. “You mean someone with an IQ higher than ten? Why would Josh date anyone smarter than he is?”

Josh said, “Ha-ha. You’re just jealous.” He grinned and added, “Besides, the ladies have better things to do with their mouths when they’re around me. Chewing is definitely out.”

All three men laughed. “So,” Josh said, “if you two abnormal specimens aren’t turned on by a woman’s breasts-which should be soft and natural, not shoved heavenward-then what does it do for you?”

Mick groaned. “Didn’t we have this discussion back in high school?”

Josh raised a brow. “Excuse me?”

For the moment, Mick felt content to just listen.

“I love a woman’s belly.” Zack leaned back, smiling to himself. “Not all muscled up the way some women want to do these days. Just a nice soft smooth woman’s belly.” He nodded, confirming his own conclusions. “Very sexy.”

Josh considered that, then nodded, too. “Okay, I’ll give you that one. Bellies are hot. But not belly button rings.”

“What about you Mick?” Josh prodded. “Long legs? Great ass? What?”

Mick took another bite of his BLT, almost by rote, not because he was hungry. He considered his reaction when he’d seen her for the first time. What had he noticed? What had caught his eye and kept him so interested, to the point he almost felt obsessed?

He glanced out the dim window again. It was a miserable, dank July day, breezy, with fat purple clouds hanging low in the sky.

She should be coming along any minute now.

He’d noticed her at his old neighborhood. He’d been there to rent out the upstairs apartment of the building he still owned, the same building he’d once lived in as a child. There were a lot of. unpleasant memories for him there, along with a few special ones. He kept the building as a reminder to himself that his life had changed, he had changed, but he was still a product of his upbringings.

Evidently, she rented from the building next door, because she had come down the walkway to the street and headed toward the post office, letters in her hand. It worried Mick, because no one traipsed around unprotected in that area. To call it rough would be a gross understatement.

But there she’d been, strolling along without a care. He hadn’t hesitated to follow her, making certain she remained safe, enjoying the back view of her as she strutted along, her stride long and sure and almost cocky.

The sun was blistering hot that day, shining down on her blue-black, shoulder-length hair, hair so silky it appeared fluid when she moved. Soft, light blue eyes looked beyond everything and everyone, including Mick, as if a great distraction held her. He’d been nearly spellbound by her tall, willowy body with its incredibly long, slim legs and broad, fragile shoulders. Strangely enough, even when she came back out of the post office and went past him, again oblivious to her surroundings, he hadn’t noticed her breasts. Al his attention had been on her face, with its strong jaw, straight nose, and pale eyes.

Mick wondered for an instant what Josh would think of his oversight.

Because he wanted to meet her, wanted to get to know her and have sex with her until he passed out from sheer exhaustion, he wasn’t about to discuss her with Josh or Zack. So he merely shrugged. “It’s a combination of things, and it’s different with every woman.”

Before either Josh or Zack could respond to that obscure reply, Mick saw her. Blindly, he laid his sandwich aside and twisted in the booth to better see out the window. Regardless of the drizzling rain, the gray sky, he’d expected her. A little rain wouldn’t chase her inside. No, not this lady. She jogged every day around the same time, the same place. Or at least she had for two weeks now. It felt like fate, seeing her first in an area he owed property, and then here again, where he routinely visited.

Zack being a reasonable sort, hadn’t complained much when Mick had made him move so he’d have the window seat. Josh, though, was unreasonable, always. Outrageous bordering on obnoxious. He’d demanded, all with laughter and taunting grins, for Mick to admit who he was watching for. Mick had refused but now it didn’t matter.

The second he shifted his attention, going on alert, Josh noticed.

“Aha! There ya go, Zack. I think we’ll get to see this mystery lady any second now. 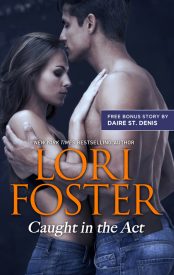 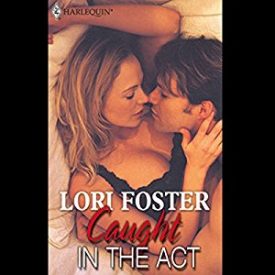 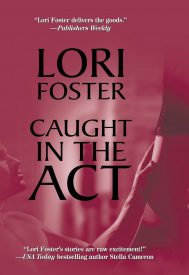 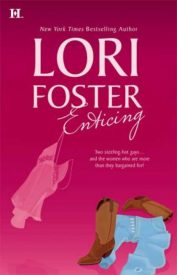