Book 4 in the PI & Men to the Rescue Series 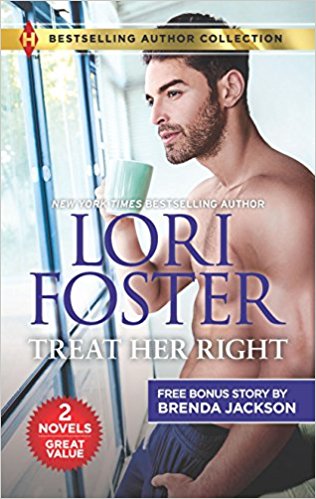 Book 4 in the PI & Men to the Rescue Series

Gorgeous, statuesque fitness expert Wynn Lane can’t help but fall for her sexy neighbor, paramedic Zack Grange, and his adorable daughter. But brash, outspoken Wynn is not Zack’s idea of mommy material, even though she’s making daddy’s libido do flip-flops. Still, the laws of attraction rule—and Wynn is a force of nature all her own!

Reviews of Treat Her Right

is Book 4 in the PI & Men to the Rescue Series 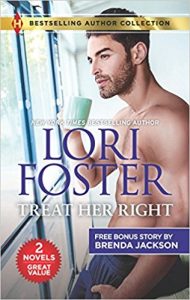 Zack Grange jerked upright in his bed, heart pounding, muscles coiled. His sleep-fogged brain felt in a jumble. He’d been dreaming, a very hot dream about a sexy lady -faceless, but with a gorgeous body – and then he’d heard the loud female shout. Caught between drugging sleep and abrupt wakefulness, confusion swamped him.

He looked around his shadowed bedroom and found it as empty as ever. No one lurked in the corners, certainly not the lady he’d been dreaming of, yet the voice had seemed to be right upon him. Heart still tripping, he strained to hear, and caught male laughter floating in through his open window. He frowned.

“It’s not funny, you moron, and you know it.” The woman showed no consideration for those people still trying to sleep. “I can’t believe you did that to me.”

“Better you than me, sweetheart.” Then, “Ouch. Now that hurt.”

Zack threw off his sheet. Wearing only his boxers, he went to the window to look out. He shivered as the morning air washed over his mostly bare body. The mid-September nights were getting cool, but he preferred the fresh air for sleeping. He stretched out aching muscles, still cramped from all the lifting he’d done just a few hours ago, scratched his chest, then slid aside a thin drape and peered down into the yard behind his house.

His was a larger, more private corner lot, and the street behind him ran perpendicular to his own. His bedroom window, at the back of his house, faced the side lot, so that he could see both the front and the backyard of the home behind him.

New neighbors, he thought with disgust, noticing the For Sale sign now lying flat, and cardboard boxes piled everywhere around the yard. Squinting against the blinding red haze of a half-risen sun, his tired eyes gritty, he searched for the source of the screeching.

When his gaze finally landed on her, he stared in stunned disbelief.

Extremely curly brown hair was only half heartedly contained in a sloppy ponytail. He couldn’t see the details of her upper body beneath an overlarge, misshapen sweatshirt, but her shorts showed off mile-long athletic legs and dirty white tennis shoes. Zack surveyed her top to bottom, and because a lot of distance stretched between those two points, it took a good minute.

As a discriminating man, he wondered why her hair looked such a wreck and what her upper body might present once out of that awful sweatshirt.

And lastly, as a neighbor, he wanted to groan at the lack of consideration that kept her squawking and carping in a voice too deep and too loud to be called even remotely feminine. The future didn’t bode well, not with her living behind him.

Zack turned with a smile, but he felt ready to commit murder. Evidently, the noise had awakened his daughter, which meant there would be no going back to bed for him. Exhaustion wrought a groan in protest, but he held out a hand, smiling gently. “Come here, sweetheart. It looks like our new neighbors are moving in.”

Rubbing her eyes with a small fist, Dani padded toward him, dragging her favorite fuzzy yellow blanket behind her. Her wee bare feet peeked out from the hem of her nightgown. Standing out around her head, her typically mussed blond hair formed a halo, and one round cheek was creased from her pillow. She reached him and held up her skinny arms. “Let me see,” she demanded in her adorable childish voice.

Obligingly, Zack lifted her. His daughter was such a tiny person, even though she was now four. Petite, as her mother had been, he thought, and hugged her close to his naked chest. He breathed in her little girl smell, rubbed his rough cheek against her downy soft hair and kisser her ear.

She liked to be held, and he loved holding her.

As usual, Dani immediately gave him a wet good-morning kiss on his whiskered cheek. She wrapped her arms around his throat, her legs around his waist, and looked out the window. Her blanket caught between them.

Zack waited for her reaction, Dani never failed to amuse him. For a four-year-old, she was very astute, honest to a fault and he loved her more than life itself.

Most of the kids her age asked constant questions, but not Dani. She made statements instead. Other than two days a week at a preschool, she was always in the company of Zack’s friends. Zack assumed her exposure to adults accounted for her speech habits.

“I see her butt,” she said with an exaggerated frown.

Startled, Zack lowered his head to peer out the window again, and sure enough, the woman bent at the waist, her legs straight and braced apart for leverage as she tugged on a large box. Her shorts were riding rather high and he could just see the twin moons of her bottom cheeks.

Nice ass, he thought appreciatively, lifting one brow and looking a little harder. Dani poked him, and he shook his head, remembering that this woman had just awakened him from a much-needed sleep and a pleasantly carnal dream. “Wait until she stands up, Dani.”

The woman tugged and pulled and when the box broke apart, she fell backward, landing on that nice behind. From somewhere on her porch, a man hooted with loud laughter and called out, “Want some help?”

Zack fancied he could see some of her curly brown hair standing on end. She all but vibrated with temper, then snarled in a voice reminiscent of an enraged cat, ” Go away , Conan!”

“But I thought you wanted my help?” came the innocent taunting reply.

“You,” she said back, standing up and dusting herself off with enough force to leave bruises on a less hearty woman, “have done enough.”

Zack tried to see the mysterious Conan, but couldn’t. Her husband? A boyfriend? What kind of name was Conan anyway?

As the woman gained her feet, Dani said in awe, “She’s a giant!”

Chuckling, Zack squeezed her. “She looks as tall as me, doesn’t she honey?” 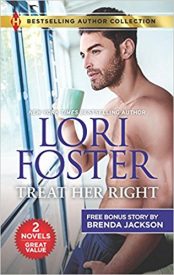 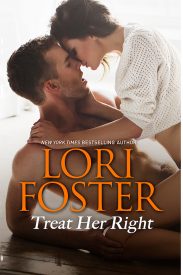 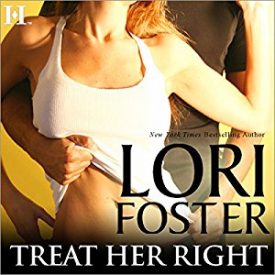 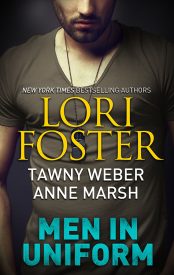 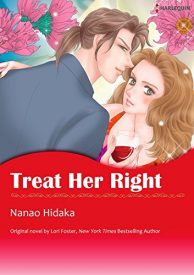