Book 5 in the PI & Men to the Rescue Series 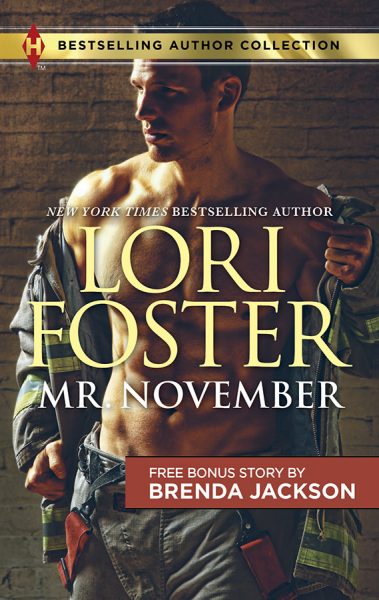 Book 5 in the PI & Men to the Rescue Series

Creating a beefcake calendar for charity, Amanda Barker has found the perfect Mr. November, super-buff firefighter Josh Marshall. But the notorious ladies’ man is a hard sell, and she’s forced to negotiate with the only collateral he’ll accept: a date with her! Josh knows where there’s smoke, there’s fire—but this could burn completely out of control…

is Book 5 in the PI & Men to the Rescue Series 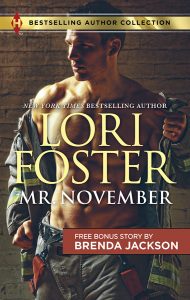 The locker room and connecting showers appeared empty, but she knew he was in there. The watchman had told her so—had even given her permission to go in, smiling all the while, ready to conspire with her to get their most infamous lieutenant to finally cooperate.

Behind her in the main rooms, she heard firefighters talking, laughing as the new shift arrived and the others headed home. They were a flirtatious lot, sometimes crude, always macho and fun loving to counteract the heavy responsibilities of their jobs. They were also in prime condition, lean and hard, thanks to rigorous physical training.

They all looked good, and they all knew it. With only one exception, they were willing—even eager—to help her out with the charity calendar by posing for various months. The money they made selling the calendar would benefit the local burn institute.

Amanda hoped none of the men came in behind her; it was past time she and Josh Marshall got things settled. Since the start of the project he’d refused to take part and avoided her whenever she tried to convince him. He even failed to return her calls.

The man was bullheaded and selfish and she intended to tell him so, but she didn’t want an audience. Confrontations were not her thing. In fact, she avoided them whenever possible.

He wouldn’t let her avoid this one.

Much as she hated to admit it, she needed Josh Marshall. She needed him to understand the importance of what she hoped to do, and then she needed his agree- ment to take part in her newest charity effort. While it was true all the men looked good, Josh Marshall looked better than good. He looked great. Sexy. Hot. He’d make the perfect Mr. November and the perfect model for the cover. They’d use him in advertising in local papers, bookstores and on the Web.

One way or another, Amanda intended to get his agree- ment today.

A muted sound, like the padding of bare feet on wet concrete, reached her ears. She turned and there he stood, all six-feet-plus of him. Casual as you please, a man without a care, he leaned in the doorframe. His blond hair was wet, his muscles were wet and the skimpy towel barely hooked around his lean hips was wet.

Slow rivulets of water dripped over his chest and through his body hair, slinking down his ridged abdomen and into the towel. He had his arms and ankles crossed. The towel parted, and one bare hairy thigh was exposed all the way to the lighter skin of his hip, up to the insubstantial knot in the towel. It wouldn’t take much more than a very tiny tug to remove that towel.

She’d never seen him mostly naked and it was definitely…an eye-opener.

Amanda stood a little straighter and met his gaze. She had to tip her head back because he stood so much taller than she did. At only five feet four inches, she was used to that and refused to let it bother her now, just because the man was mostly naked and trying to bother her. She said, “Lieutenant Marshall.”

His dark green eyes, so often remote in her presence, now looked her over, starting at her dress pumps and ad- vancing to her soft pink suit and up to the small pearl studs in her ears. He gave a crooked smile and sauntered three steps to a locker. “Ms. Barker.” He opened the locker and pulled out a bottle of cologne, splashing a bit in his hands, then patting his face and throat.

His scent overrode that of the smoke, and Amanda breathed him in, all warm damp skin, clean soap and that dark, earthy scent he’d just added. She recognized it from previous contact, but now was different. Now his big body was mostly bare.

Her nostrils quivered and she took an involuntary step back, bumping into the wall.

Of course, he noticed; his smile told her so, the glitter in his dark green eyes told her so. She held her breath, waiting to see what he’d say, how he’d mock her, and instead he reached for a comb. He turned to face her fully while tidying his hair. “How’d you get in here, anyway?”

Never in her life had she watched a man groom himself. Josh Marshall…well, it was unexpected. The heavy muscles in his raised arms flexed and bulged as he dragged the black comb straight back through his wet hair. She could see his underarms and the soft, darker hair there. Her heart bumped into her ribs with startling force. Somehow, that part of Josh seemed more intimate than his exposed thighs and abdomen.

“Cat got your tongue?” He reached for a T-shirt, which he pulled on over his head with casual disregard for the hair he’d just combed. The front of the shirt read: Fire-fighters Find ’em Hot—and Leave ’em Wet. 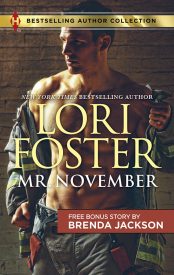 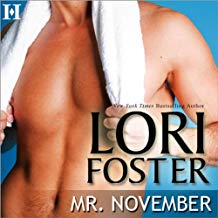 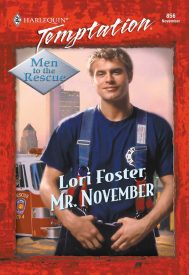 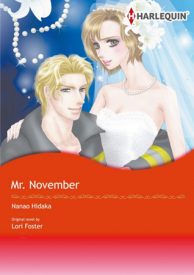