Book 2 in the Servant Series by L.L. Foster 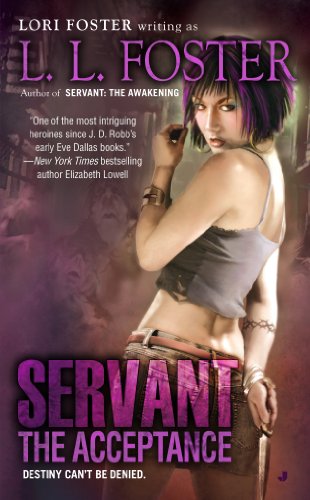 Book 2 in the Servant Series by L.L. Foster

Gabrielle Cody has accepted her destiny as God’s warrior, charged to destroy all evil, but she wasn’t prepared to see Detective Luther Cross ever again. He’s the beacon of reality in her life, the one thing that makes her feel human, like a real woman.

But Gaby must resist involvement with Luther now, for she is protecting streetwalkers. Her life of retribution is far too dangerous, and this time, it’s not just their hearts that won’t come out unscathed.

Reviews of Servant: The Acceptance

Foster delivers another chilling installment in the Servant saga. Her latest villain is likely to give readers nightmares; but in this series offering there is a clear focus on Gabby and Luther’s fight against the odds to build a relationship of trust. This tale definitely reminds readers that trusts a two-way street!

An intellectual extravaganza, Servant: The Acceptance will raise your vocabulary level even as it tickles your funny bone.  I highly recommend this wonderful series and heartily suggest you read the books in order to enjoy the series to its fullest.

This no holds barred book will keep you turning the pages long into the night.

The Acceptance is a dark and edgy book with brave and intelligent characters that will have you demanding more!

Extras for Servant: The Acceptance

is Book 2 in the Servant Series by L.L. Foster 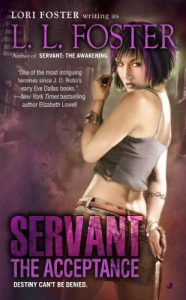 Boredom was her newest enemy, and since running off from Luther – make that Detective Luther Cross – she’d been bored more than not.

Until now, she hadn’t realized how much… excitement he’d brought to her life. You’d think a paladin would have her hands full enough that a nosy cop bent on seduction would have been mostly annoyance, perhaps even a threat.

Instead, he’d been fucking wonderful. The most wonderful thing to ever happen in her miserable, cursed life.

Shit. Gaby walked along the broken concrete walkway in front of the aged, blackened building until that bored her too, then she leaned back against the rough brick, trying to ease her mind, her body.

Hanging out with hookers was a distraction, but it just didn’t fill the space the way he had.

She needed something to happen, anything, to keep her from… whoa.

Just then, her instinct kicked and she felt the presence of evil, in her bones, in her guts.

Her throat burned, she looked up – and she saw him.

The defenses screaming silently throughout her body said that he was the wrong person, in the wrong place – and there could be nothing right about his presence here tonight. Pickled with immorality, riddled with bore holes of depravity, his swart aura clung to him like a wet cloak.

And it didn’t matter to her if he was ten or fifty.

Tonight, her boredom would end. 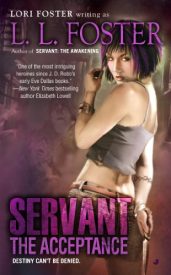