Book 1 in the Men of Courage Series 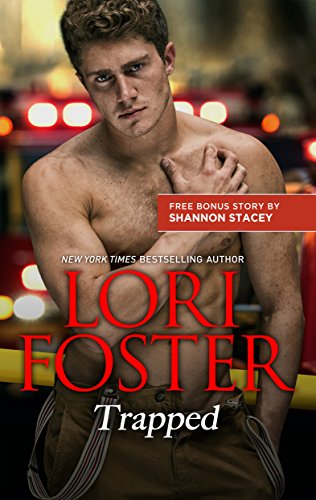 Book 1 in the Men of Courage Series

Firefighter Ethan Winters may be his hometown’s new hero, but he’s played a starring role in Rosie Carrington’s fantasies for years. And Rosie has had just about enough of waiting patiently for Ethan to get over the past and see what’s right under his nose. She’ll do whatever it takes to fan the flames between them…but will Ethan prove too hot to handle?

is Book 1 in the Men of Courage Series 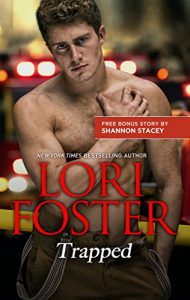 Ethan Winters jerked awake with a start. His heart slammed into his ribs, his head ached, his eyeballs felt gritty and his mouth tasted like sawdust. Still, despite all that, he realized several things at once.

Most noteworthy was the woman in his bed. Yep, that very shapely slim leg draped over his belly was definitely of the feminine variety, not to mention the small, delicate hand resting over his heart. Ethan looked at that hand, but with his eyes so fried, it didn’t look like any particular woman’s hand. Just a hand. A female hand.

Yeah, okay, so he was in bed with a woman. No big deal. He’d figure that one out soon enough. Since he wore no shoes and no shirt, only slacks that were unsnapped and unzipped—he knew that because he could feel her warm thigh on his skin—it stood to reason that the female was only half-dressed, too. That could mean several things, but likely only meant one thing.

So what? He was thirty years old, single, free to do as he damn well pleased, never mind that he didn’t remember what the hell had pleased him.

With the sun so bright through the window, he realized it had to be midmorning. A quick glance at the clock showed it to be eight-forty. What time had he gotten into bed? the incessant pounding on his front door, now getting louder, had probably awakened him, not the soft woman clinging to him.

Groaning with the effort, Ethan raised his head off the pillow to look at her. All he could see was a luxurious tangle of silvery-brown hair. She had her nose stuck close to his side, practically in his armpit, and she wore his uniform dress shirt—a shirt that didn’t quite cover the satiny peach panties stretched over a very fine ass.

He didn’t remember giving her his shirt and he sure as hell didn’t remember either of them undressing. He reached for her hair, ready to brush aside the heavy mass so he could at least figure out her identity, when the pounding on his front door started again. The woman stirred, then stretched awake, arching her body into his, raising her hands high above her head. Ethan stirred, too, despite being horribly hungover and in pain. Whoever was at the door could just damn well wait. He smiled down at the woman, anxious to see her, to have the mystery solved.

She rolled onto her back with a sleepy little moan.

Ethan leaped out of bed so fast his head spun and he nearly dropped to his knees. No. Hell, no.

His shaky legs continued to try to give out on him and his heart shot into his throat, making him dangerously close to barfing. He grabbed the footboard for support, swallowed hard, found his voice and shouted, ”What the hell. Rosie!”

The smile faded off her face. Very slowly she peeked open one smoky-blue eye and groaned. ”Shut up, Ethan. My head is splitting.”

He sputtered, heard the continued noise at his front door, and nearly panicked. ”Get out of my bed.”

The look she sent his way wasn’t nice. Rather than obey, she rolled onto her stomach and nestled into the pillows. ”I need coffee.”

Unbound, her hair was glorious, but it wasn’t long enough to cover her rump. Ethan stared.

Oh, God. What to do? Rosie. His Rosie. His longtime friend, a woman he’d grown up with, his ex-best friend’s little sister…

No. No she did not. He squeezed his eyes shut to block out the view of her sprawled in his bed, the sight of her plump bottom turned up for him to see, the long length of those legs. He’d seen her legs before, of course. She wore shorts, even the occasional swimsuit. But he hadn’t seen her legs in his bed. Not once. Not ever.

Reassured with his own thoughts, he opened his eyes again—but to be safe he didn’t look directly at her. ”Stay put.”

Ethan slipped out of the bedroom on unsteady legs and pulled the door shut behind him. Whoever loitered at his front door was making a horrid racket and if he woke up all the neighbors, they’d give Ethan fits.

He crossed the living room, jerked the door open and was met with the sight of Riley Moore, Harris Black and Buck Bosworth. Without being invited, they pushed their way in. Ethan cast a quick glance at the hallway, but all was secure. The very last thing he wanted was for the guys to know Rosie had spent the night.

They wouldn’t believe that nothing had happened. Hell, he wouldn’t have believed it. ”What do you guys want? As you can see, you’ve interrupted my beauty sleep.”

Harris snickered. ”You’d need to hibernate for a whole winter to improve that mug.”

Buck shook his head pityingly. ”I knew you were crocked last night, but you must have really fried the old gray matter if you don’t remember our fishing day.”

Riley, the most serious of the three, gave an aggrieved sigh. ”I told you last night to quit drinking. I told you to give it up and get over it. But, no, you wouldn’t. So now you have to pay the consequences. Go get dressed. We’re not leaving without you.”

Ethan stiffened. He couldn’t credit Riley’s nerve, bringing up such a touchy subject. They all knew he didn’t want to talk about it. ”Go to hell. Me, I’m going back to bed. ” He winced at his own statement. Rosie was in his bed.

”Nope.” Riley sat and propped his big feet on the cluttered coffee table, knocking a newspaper and a Chinese food container to the floor. ”I’m sick of you feeling sorry for yourself. It’s been well over a year. Enough already.”

Buck and Harris, both silent, both cautious, looked back and forth while following the conversation.

”It’s none of your damn business.” Ethan didn’t mean to shout, and, in fact, immediately regretted it when his brain throbbed in pain and his stomach pitched. He rubbed his hands over his face, trying to convince himself he could physically throw Riley out without puking, when a feminine voice suddenly intruded.

”They’re your friends, Ethan. Of course it’s their business. ”

Riley’s feet hit the floor with a thud. Buck’s and Harris’s chins almost did the same. Ethan groaned. Through his fingers, he looked at Rosie.

Bless the supreme powers that be, she d had the foresight to at least wrap herself in a sheet.

His shirt covered her upper parts and her lower parts were covered by toga-wrapped linen. Her hair was wild, though, her blue eyes heavy, her cheeks still flushed with sleep.

All three men turned to stare at Ethan. Their expressions ranged from censure to appalled fascination to extreme curiosity.

That was all it took.

”Excuse me a minute, will ya?” Hoping to preserve what little dignity he still possessed, Ethan forced himself to walk to the bathroom, slam the door and lock it. He needed privacy for the next fifteen minutes while he worshiped the porcelain god, praying it was a dream, hoping against hope that when he emerged everyone would be gone—especially Rosie—and his brain could stop pulsing long enough to let him catch his breath.

He was hanging on to the toilet, his head spinning, when he heard footsteps outside the door. ”Ethan?”

He sat back on the cold ceramic-tiled floor and propped himself against the side of the tub, eyes closed. Breathing was a chore, thinking more so. He did not want to talk. ”Go away, Rosie.”

He expected a sharp comeback, a refusal. Hell, he half expected her to knock down the door.

Through the years he d known her, Rosie had shown a knack for doing just as she damn well pleased without unnecessary consideration for what anyone else thought. She was headstrong, opinionated, independent—and she’d been in his bed.

After a few expectant moments when nothing happened, Ethan tensed with new foreboding. His eyes opened and he stared at the locked door. Rosie hadn t done anything. Had she actually left when he d asked her to? Or rather, when he d rudely ordered her to? Had he hurt her feelings?

Had he had sex with her?

His stomach more unsettled than ever, Ethan pushed himself upright and stuck his head out the bathroom door. He didn’t hear a single sound.

Ten seconds passed, then, ”What?” Riley leaned around the hallway, looked Ethan over, and made a disgusted face.<

“Oh.” That figured. If he wasn’t so hungover, he’d have remembered that Rosie wasn’t a sensitive girly-girl. In fact, she was pretty damn tough. . . for a female. So of course he hadn’t hurt her feelings.

He hadn’t slept with her, either.

“It’s not what you’re thinking,” Ethan mumbled to Riley, who continued to look at him as if he was lower than a worm. ”Get your mind out of the gutter, will ya?”

Riley crossed his arms over his chest and flattened his mouth. ”She said for you to shower and join us.”

And Rosie being Rosie, she fully expected to be obeyed. “Yeah, all right.”

“She said you have ten minutes.”

Annoyed, Ethan slammed the door. He’d take as long as he damn well pleased, and that was that. Hell, the woman didn’t own him. Just because she d awakened in his bed didn’t mean she could start thinking about bossing him around.

Course, she always bossed him around. And most of the time he let her. Though she was four years younger, they’d been friends forever, through high school and college. They’d remained close friends through the death of her parents, through his long engagement.

They’d even stayed friends after her brother had run off with his fiancée, leaving him literally stranded at the altar nineteen months ago.

Naked, Ethan stepped beneath a stinging spray of hot water and clenched his teeth against the surge of discomfort that radiated to his limbs. He braced his hands on the tiled wall, dropped his head forward and closed his eyes.

God, if he d had sex with her, he didn’t know if they could remain friends. Rosie was a marrying kind of woman, not a one-night stand. And he would never consider marriage again.

What the hell had he done? 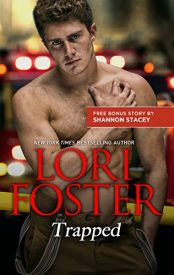 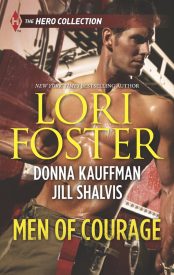 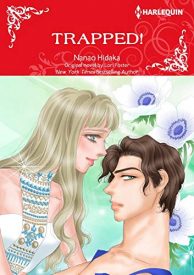