Book 5 in the Men of Courage Series 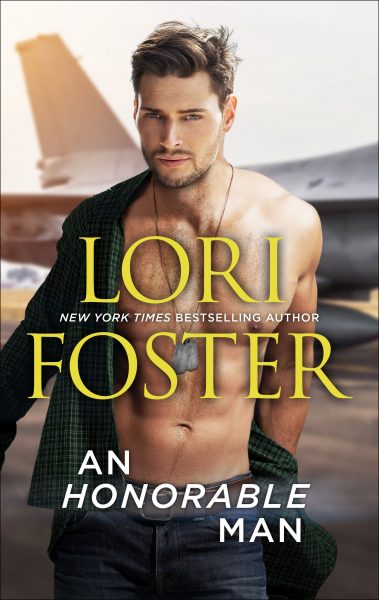 Originally released in the anthology Men of Courage II

Book 5 in the Men of Courage Series

Lieutenant colonel Hamilton Wulf’s career ambitions cost him the one woman he ever wanted — Liv Avery. Now he’s determined to win back her love…even if it means risking his life.

Reviews of An Honorable Man

is Book 5 in the Men of Courage Series 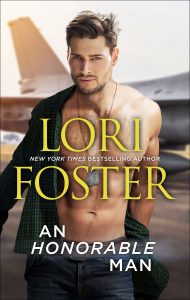 Chaos reigned in the classroom as the kids returned from their second recess. Liv Amery listened to the comforting sounds of their bustling activity, the scraping of chairs, the continued childish chatter. The cold mid-May weather had made their small faces ruddy, and had resulted in several runny noses. Wind-ruffled and still wound up from the recent play, they were utterly adorable.

Only an hour remained in the school day, and then the kids would head home. She had just enough time to finish going over the math lessons. Giving them time to remove their jackets and settle in their seats, Liv retrieved several papers from her desk. When everyone had quieted, she stood and went to the chalkboard, ready to start the afternoon lessons.

That’s when she heard it—the even, very precise cadence of military footfalls echoing down the tiled hallway. She’d grown up hearing that sound, the memory of it buried deep in her heart. But hearing it now, here in an elementary school, nearly stopped her heart.

With one hand raised, a piece of chalk still in her now limp fingers, she faced the blackboard, listening as those steps came closer and closer and finally stopped at the door of her third-grade room.

Heart pounding, throat tight, she began silent prayers. A visit from the military now could only mean one thing, and the idea that her most dreaded nightmare could have happened, that she might have lost him before she’d ever really had him…. No. She couldn’t accept that.

Then her senses picked up more subtle nuances. Not just any military walk, but one so familiar that, almost on cue, her stomach did a small flip and her lungs expanded with relief. They were telling reactions, an inbred response to one particular man.

Hamilton was okay. Thank you, God.

But because he’d come unannounced, not to her home, but to her school, her uneasiness remained. He was fine, but his visit here today could only mean one thing.

Wanting to shut out the moment, Liv started to close her eyes, and the door opened. With a mix of dread and awful yearning, she turned.

There he stood: Lieutenant Colonel Hamilton Wulf. Tall, strong, commanding. Exactly as she remembered him.

His brown eyes zeroed in on her face and stayed there, as probing and intimidating as ever. He wore no smile of welcome because this wasn’t a social call.

Shaken, Liv pulled her gaze from his and looked him over, making note of the hat tucked under his arm, his polished shoes and the razor-sharp crease in his dress blues.

Hamilton was fine—but her father wasn’t.

Knees going weak, Liv felt herself swaying, and suddenly Hamilton was there, his big hands warm and steady on her shoulders, keeping her upright. Close to her ear, he murmured, “Come with me, Liv.”

He didn’t wait for her agreement before finding her purse under her desk, pulling her sweater off the back of her chair, and leading her quietly, efficiently from her classroom. Her fractured senses scrambled to understand the situation, to absorb the enormity of what she knew to be true.

Liv became aware of Betty Nobel, a teacher’s aide, taking charge of her students; aware of the children staring in wide-eyed wonder at the awe-inspiring figure Hamilton made, and aware of the strained hush in the air.

When they reached the front lobby of the school, the fog lifted and she pulled up. From as far back as Liv could remember, the military had ruled her life. But she’d finally broken free, and no one, not even Hamilton, could come back and start directing her again. She’d known this day would come. It had only been a matter of time. She’d prepared herself, living in dread day in and day out.

She could handle this. What choice did she have?

Hamilton waited while she dragged in two deep breaths. His hand remained on her elbow, his gaze steady and unblinking, the force of his will settling around her like a warm, heavy blanket.

Liv tipped up her chin to see his face. Although she already knew, she wanted it confirmed. “It’s Daddy, isn’t it?”

The second her gaze met his, Liv felt the old familiar connection. She felt his sympathy and his under- standing and his need to comfort. It had always been that way with Hamilton, regardless of how she fought it.

His expression remained stern, but his voice sounded oddly gentle. “Outside, baby. Then we’ll talk.” 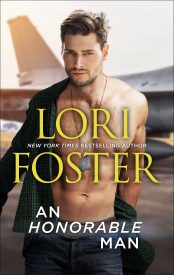 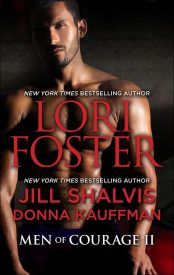