Book 2 in the Men of Courage 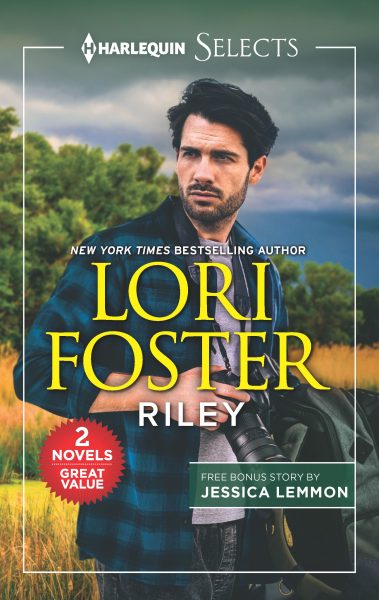 Book 2 in the Men of Courage

She’s determined to be in control…

Regina Foxworth has no clue why an unknown assailant is out to get a small-town reporter like her. Or why the police won’t take her concerns seriously. So Regina gets a guard dog—make that a four-pound “guard” Chihuahua!—and signs up for self-defense classes. But she might get more than she expected when she starts to fall for sexy instructor Riley Moore!

is Book 2 in the Men of Courage 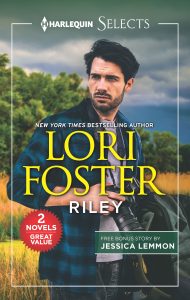 Wide-eyed, breathless and straining, she said, “No,” in such a scandalized voice that Riley grinned. That was the thing about Red – he laughed with her, and he felt lighthearted when he hadn’t thought such a thing would be possible ever again. Not a bad start. But he had other things to accomplish here besides smiling.

“I’m not letting you up till you do.” Hell, he’d be happy to stay put for hours. Not only did she amuse him, she also aroused him more than any woman he’d ever known. Her body was slight but very soft, a nice cushion under his larger, harder frame. And the warmth he felt in the cradle of her thighs could drive him over the edge.

“I know.” He decided to taunt her. After all, this was important. She needed to learn how to handle him. No sense in wasting all his instruction. “They’re waiting to see if you’ve learned anything through all these lessons. Most of them think not. Others are pretty damn doubtful.”

New determination drew her slim auburn brows down into a frown and turned her green eyes stormy. Suddenly her knees were along his sides, catching him off guard with the carnality of it. While his mind wandered down a salacious path, she bucked, rolled, and onto his back he went.

Proud as a peahen, she bounced on his abdomen and cheered herself. Wrong move, sweetheart, he thought, and deftly flipped her straight back and into the same position that she’d just escaped, except that this time her legs were trapped around his waist. With the wind temporarily knocked out of her, she gasped.

Half frustrated, half amused, Riley straightened. Because he knew his own ability, even if most others didn’t, he always utilized strict control and caution. Especially with women, and most especially with Red. He’d sooner break his own leg than ever bruise her.

He pulled her upright, forced her arms straight up high to help her breathe, and shook his head. “When you get the upper hand on an attacker, honey, you do not stop to congratulate yourself.”

Seeing that the display was over, the crowd dispersed, going back to their own training. Riley stood and gently pulled Regina Foxworth to her feet. She wasn’t necessarily a short woman, but next to his height, she seemed almost puny. The top of her head reached his shoulder. Her wrists were like chicken bones. Narrow shoulders, a delicate frame… and yet, she wanted him to teach her self-defense.

Riley snorted. Hell, whenever he got this close to her he had things other than fighting on his mind. And the fact that, regardless of what he’d tried to teach her, she still ended up on her back with him in the mounted position put all kinds of considerations in his mind.

Like what it’d be like to have her situated that way, with no clothes between them and without her attempting to escape.

Soon, he promised himself. Very soon.

In a huff, Regina promptly jerked away and began straightening her glorious red hair. If the woman thought half as much about applying herself as she did to her appearance, they’d make more progress.

For her lessons today she’d restrained her hair in a braid as thick as his wrist that hung to the middle of her back. Already silky tendrils had worked loose, giving her a softened, just-laid look. Riley shook his head in awe. He worked with other women and they just got sweaty and rumpled. Not Regina . Somehow, no matter what, the woman always managed to look more appealing.

Watching her tidy her braid sent tension rippling through his muscles. A man could conjure quite a few fantasies over that hair, not to mention the delicate, ultra feminine body that came with it. Hell, he even found the sprinkling of freckles over her nose adorable.

“I’m not.” But her bottom lip stuck out in a most becoming way. Normally a princess like her wouldn’t have appealed to him. But Red had guts beneath the fussy exterior. And in the time he’d known her, he’d also realized she was gentle, compassionate, understanding, and damn it, he wanted her, had from the very start.

If that had been his only problem, he’d have coaxed her into bed by now. But it was more than that. He hadn’t thought to ever want involvement with another woman, but he wanted it with Red.

Riley slung his arm around her shoulders and headed her toward the shower. Not that she needed to shower. The natural fragrance of her skin and hair was warm and womanly. His body tensed a bit more in masculine awareness, on the verge of cramping. “We’re wasting our time with these lessons.”

“I need to be able to defend myself.”

True enough. Three weeks ago, Regina had been caught in a burning building while on assignment for the Chester Daily Press. As a reporter, she liked to stick her cute little freckled nose into places where it didn’t belong, and that particular building had been in a disreputable part of town. That should have been her first clue not to be there. The fact that the fireworks dealer had already had trouble in the past should have been her second.

She’d forged on anyway, and nearly died for her efforts. Riley would be more inclined to call the fire an accident due to the shoddy management of the owner, who left opened pyrotechnics scattered about. But prior to that, when Riley had first met Red, she’d been as jumpy as a turkey on Thanksgiving morning. She’d been interviewing his pal, Ethan, for commendable work as a fireman, but she’d also seemed so strained, Riley had expected her to scream at any minute.

He’d discarded her initial claims of endangerment, as had the County Police where he worked as an Evidence Tech. They still didn’t believe her, but Riley did. At thirty-two, through life and some hard lessons, he’d learned to read people, to sift real from feigned. Red was afraid, and he’d bet she had reason.

Someone was after her. She didn’t know why. He didn’t care why.

The day she’d almost died in that fire, he’d staked a claim. Little Red just hadn’t figured that out yet. But no way in hell would he let anyone hurt her. 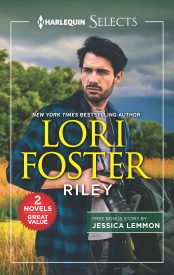 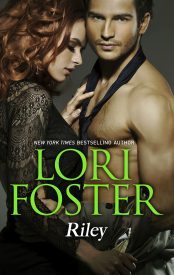 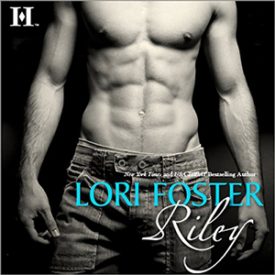 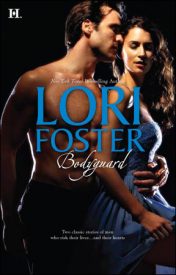 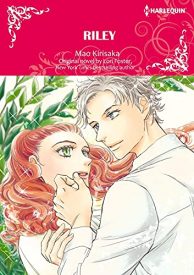