Book 4 in the Fighter Series 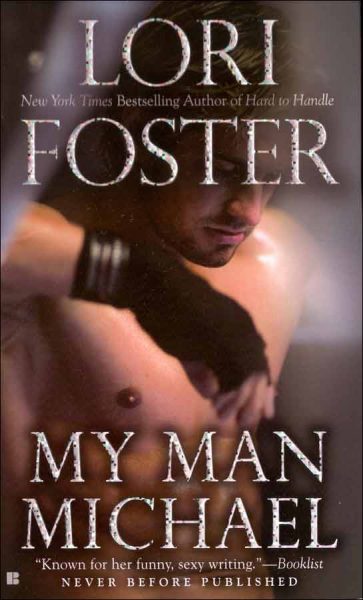 Book 4 in the Fighter Series

On the verge of a title shot match, fighter Michael “Mallet” Manchester is injured in a car accident. And just as quickly as his career was taking off, it’s over. Then Kayli Raine appears, offering him a second chance at becoming whole. Even though Mallet thinks it’s the pain medication talking, he accepts her challenge. And on an extraordinary journey with Kayli, he’ll get a chance to fight again—to save the woman who has saved him.

Reviews of My Man, Michael

is Book 4 in the Fighter Series 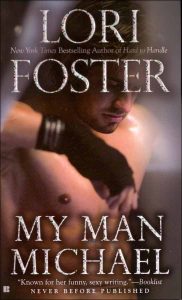 “Morning brought the sounds of muted footsteps, soft chatter, and the rattling of trays and machines. Life disturbed the quiet that had settled over the hospital during the long night. Unshaven, sullen, bordering on depressed – though he’d never admit it – Mallet shifted, and winced in pain.

All that had happened still seemed surreal – except for that awful pain. It was real. Very real.

Dawning sunlight flickered through the frozen layer of lacy frost that climbed the bottom of the window, blocking a dull view of the parking lot. Mallet stared at it, brooding, wishing for a change.

It was futile, and he knew it – but he wouldn’t accept it. He couldn’t.

Tomorrow they would release him from the hospital – and a few days later, he’d be expected to start therapy to learn to walk with only one good leg.

Closing his bloodshot eyes and swallowing around the pain left in his throat from the resuscitation tube, he considered his destroyed future. How could everything change so drastically in such a short time?

In the last four years, he’d made a strong name for himself in the SBC. At twenty-six, he was considered a major contender in two weight classes, and one of the most feared competitors in the sport. In another month, he would have fought – and won – the title belt.

His hands fisted. His jaw flexed and tightened.

Thinking of the wreck brought an invisible weight to his chest, crushing his lungs.

Through closed eyelids, he saw it all, felt it and smelled it and relived it again and again. Flashing lights, metal grinding against metal, the acrid stench of burnt rubber as tires squealed and brakes ground without success; the lash of the seatbelt cutting across his body, trying in vane to pin him in place.

The impact of the wreck sent his brand spanking-new, shiny black sport’s car turning and tumbling like a snowball going downhill. Each flip had compressed it more, disfigured it, destroyed it.

Only when it slammed into a concrete wall did it finally stop.

With Mallet trapped inside.

“Good morning, Michael. Are you ready for your breakfast?”

Disinterested, sick at heart, Mallet looked at the nurse with dead eyes and a trampled heart. “I’m not hungry.”

“Oh come on, now.” Light fingers touched his biceps. “A big fellow like you has to eat.”

Knowing she brought the meal herself as an avenue to flirting, he looked away. What use was he to a woman with one leg shot to hell and the other a long way from healed?

What use was he to anyone, or anything?

Her sigh, subtle and filled with frustration, sounded loud in the silent room. “How about I just leave this here in case you change your mind?” Sidled up beside his narrow bed, she began the morning routine of checking his vitals. “You’re due for your pain medicine, but I’d prefer you eat first –”

“I don’t need it.” He relished the pain. It was his hair shirt, a reminder that no matter how hard he worked, everything could be stripped away in the blink of an eye.

“Do you at least want some coffee or –”

Giving up, she started out of the room. “The doctor will be in shortly to see you.”

To do what? Mallet wondered. He’d seen the hospital staff, had every test done, talked to specialists, all without a change on his prognosis.

How many ways did they want to tell him that his mangled right leg would never again function? Should he be thrilled that with a lot of therapy and several surgeries, he might be able to keep it – useless as it’d be?

Was he just supposed to accept that no matter how hard he worked at recovery, he would never again fight?

What else did he know but fighting? All his life, he’d been a competitor. First and foremost with himself. In so many ways, he was his own worst enemy.

But he’d found a family with the SBC – the only real family he’d ever known. They’d knocked him off his high horse, then built him back, better, stronger. Accepted and befriended, even respected.

If he no longer fit in with them, what would he do?

What would he be?

“I’ve never seen anyone sulk so much.”

Startled, because he’d thought himself alone, Mallet looked toward that deep, melodic voice and found a slight woman sitting in front of the frost covered window. Or more like… she perched, butt and feet both on the window shelf, bare arms crossed over her knees.

At either side of her, colorful flower arrangements, sent by fighters’ wives, made a bizarre frame.

How had she gotten in without him noticing?

Palest blonde hair in a deep side part hung straight and baby-fine to her shoulders. Large, heavily lashed hazel eyes studied him.

Bemused, Mallet looked her over from her odd positioning against the window to her long, lithe limbs, to a mouth that defied description.

Only in a fantasy, his fantasies, had he seen a mouth like that.

“Ah, so you can speak in complete sentences. I was led to wonder if I had the wrong man.” She slipped off the ledge with grace and agility, her hard-soled ankle boots tapping the floor as she stood. Long, trim legs encased in black leggings ate up the distance until she stood close by. Her arms, as gangly as her legs, were bare, lightly muscled, and very smooth. A sleeveless gray tunic covered her upper body.

At his bedside, she tilted her head, sending that platinum hair to swing in a silky, distracting dance, as smooth and fluid as a fall of water.

Entranced, Mallet stared up at her.

Voice soft and rich, she said, “You mope for no reason, sir. A warrior, no matter the condition of his limbs, remains a warrior for all of his life.”

Warrior? Mope? Her assurances – if that’s what they were – annoyed Mallet enough that, for only a moment, he stopped wondering how and why she’d come in, and instead turned defensive. “What do you know of it? Of any of it?”

Perching a trim, tight derriere on the edge of his mattress, she surveyed him in unadorned sympathy. In a ballsy move that shocked him stupid, she put both hands on his right leg – the one with the most damage.

Using an impersonal butterfly touch that somehow aroused as much as it offended, she stroked the length of his thigh and along his knee and shin. Through the thin layer of the sheet and the bulky padding of bandages, her touch stirred him.

“Stop that!” Though appalled, both by her daring and his reaction to it, Mallet didn’t move to catch and restrain her hands. He couldn’t. It was as if invisible steel bands held him in place.

Her gaze lifted, warm as honey, as intoxicating as whisky, and that killer mouth spared the smallest of intriguing smiles. “Sir, what I know is that you can be whole in body again.”

“Yes, sir. I can take you to a place that will again make you a complete warrior, a man with two legs that serve him.” She tipped her head. “But you’d have to accept my proposition.”

Her strange appearance was made more so by her strange speech. “Your pro –”

The door swung open and the doctor, so damned jovial, stepped in. “Michael. How we are we faring today? Anxious to get out of here, I bet.”

Mallet blinked at the doc, then looked back to see… the woman gone. Just like that.

Now he was losing his mind too? Had he imagined her, their conversation and the effect of her touch?

If so, why didn’t he drum up a sexy and willing woman instead of an impish vision of long legs, soul-sucking eyes, and a mouth made of sin, captured in a confusing package that addressed him as “sir?”

“Give me the stupid pain pill.” 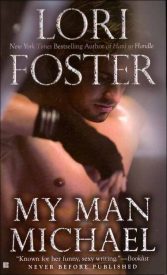