Book 1 in the Fighter Series 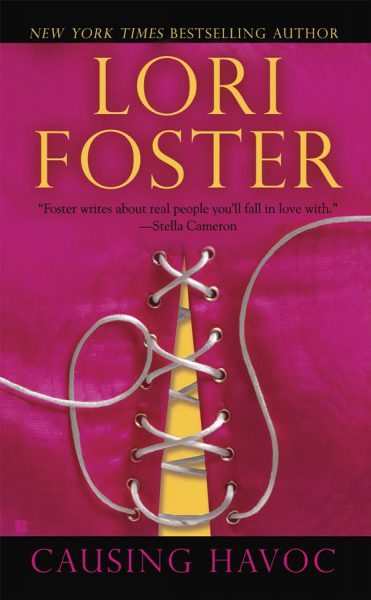 Book 1 in the Fighter Series

Sexy, sculpted extreme fighter Dean “Havoc” Connor has knee-melting good looks-and thick skin. But not from his brutal sport’s enclosed rings. Orphaned and torn from his sisters as a boy, he has no family. That is, until he gets a letter revealing how much the once-little girls want him back in Harmony, Kentucky.

To stop his sister from marrying a man as sleazy as he is wealthy, Dean finds himself teaming up with her pretty-but-smart-mouthed friend Eve—who’s heard of “Havoc’s” reputation and doesn’t need some hunk trampling on her heart. Now all Dean has to do is protect his sisters, win Eve over, and expose a devious criminal.

And he thought winning the heavyweight cage fighting belt was hard.

is Book 1 in the Fighter Series 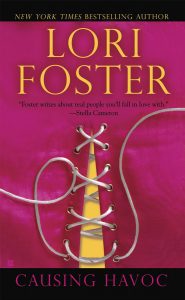 Standing at the interior balcony, her bare arms folded over the cool steel railing, Eve Lavon watched the line dancing below. In so many ways, Roger’s place was the perfect setting for a bachelorette party. The low-key honky-tonk offered drinks, dancing, private rooms, a festive environment… but God, she detested Roger. She didn’t want to do business with the swine.

Blindly, Eve reached for her longneck beer sitting on the tiny round table beside her. She finished it off, then turned to head for the bar to get another.

The sight of a tall man, roughed up and rugged, standing in the doorway, stopped her in her tracks.

He perused the area with a jaundiced eye, lip curled in disgust, body set in lines of weariness. Obviously, Roger’s place wasn’t quite what he’d expected.

From the outside, Roger’s Rodeo looked like any other smalltime bar. From the inside, it boasted a disco atmosphere with an open first floor that overlooked the basement below by way of a balcony that circled the entire floor. Both levels provided a bar, and each floor had a smattering of private rooms. But the action happened downstairs: line dancing, mechanical bull rides, billiards, pinball machines.

Two-seater tables lined the balcony, with enough space between to accommodate spectators. Tonight, Eve had come to watch, to make a decision on whether or not to organize an event in one of the private rooms in the basement. Harmony, Kentucky didn’t have a lot of options, and most of what it did have, Roger owned. The group hiring her wasn’t interested in going out of town, so…

The hunk locked eyes with her.

Eve’s heart skipped a beat. It seemed her all-business night was about to include pleasure.

As he started forward, he looked… way too intense. And really beat up. But sexy, too. Rock hard and ripped, all machismo and confidence despite the bruises.

To Eve’s surprise, when he got right in front of her, his mouth lifted on one side – and he stepped around her to peer over the balcony.

Playing hard to get? Amusement and interest unfurled inside her. Turning, Eve took up her position against the railing again. “First time here?”

Without taking his gaze from the dancers below, he rumbled, “Probably my last, too.”

Nice, deep voice. A flutter stirred in her belly. “Not if you plan to be in Harmony long. Roger’s Rodeo is about the only decent place to drink socially.”

One thick shoulder lifted. “Drinking alone has its perks.”

“Less noise.” He turned toward her, and his gaze boldly searched every inch of her person. “You drinking alone tonight?”

“Not anymore.” She saluted him with her empty beer. “So did a bull stomp all over you, or did you forget your parachute when you jumped from the plane?”

He stared at her mouth. “It was a Russian bull, and mean as hell.”

His gaze came back to hers. “I hope not.” 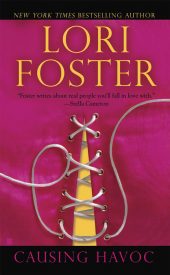