Book 3 in the Fighter Series 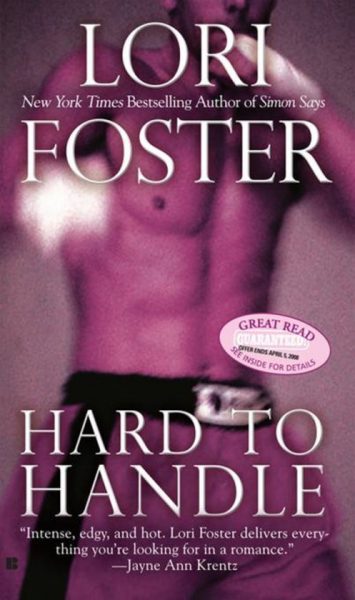 This story is for Harley and Anastasia, with a secondary romance for Barber and Jasmine.

Book 3 in the Fighter Series

After Fate deals Supreme Battle Challenge (SBC) fighter Harley Handleman a sucker punch, his uncle secretly hires a pretty life-coach to get Harley back in the ring of life. Anastasia Kelley has actually known Harley for years, but never as well as she’s going to now. Hot for his fighter’s form, she has trouble keeping it professional, especially since Harley doesn’t know she was hired. And when Anastasia turns the tables on him, it’s as if he’s been hit below the belt. But that’s also where his uncontrollable lust for her burns.

Reviews of Hard to Handle

is Book 3 in the Fighter Series 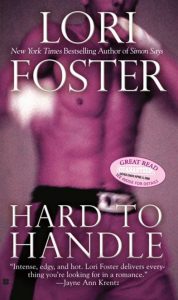 A light sheen of sweat clung to his body. With each heavy, broken breath, the musky, appealing scent of sex filled his nostrils. On a groan, Harley Handleman rolled away from the woman lying facedown beneath him. Eyes burning and his heartbeat still thundering, he fell onto his back.

Lord have mercy. She had drained him, used him up; he definitely felt sated.

But still, curiously, he remained unfulfilled.

Several minutes passed before his pulse slowed to a normal pace and cool air dried the dampness on his chest. The woman never stirred.

He was glad of that. Any small talk after sex bored him. Anything more than small talk annoyed him.
He was a prick and he knew it, but he told women upfront what he wanted, and what he didn’t. Gloria – he didn’t know her last name – had crawled into his bed with her eyes wide open, her illusions dashed… and an anticipatory smile on her face.

Staring at the ceiling, Harley put his right arm behind his head and, by male instinct alone, reached his left hand over to palpate a lush derriere. Silky skin encouraged the light caress, but it was an uninvolved gesture.
Already his thoughts had gone from sex to other, more pertinent things.

Because of his MMA fighting success in the SBC organization, and his easy carnal triumphs with women, most men would envy him.

But they didn’t know everything.

They didn’t live with his constant, gnawing need to not only succeed in mixed martial arts, but win an SBC title belt.

Thinking about it demolished his relaxed state; his every muscle went taut.

So many times he’d come close to proving himself as a champion, working his way through the ranks, annihilating every fighter in his path. Three times he’d been scheduled for the title fight.

He hadn’t made it to a single one.

Fate played some dirty tricks, constantly tossing obstacles into his path to be champion. How many more opportunities would the SBC give him?

The disquiet he suffered had haunted him for too long. Some things were out of his control; other things were not. It was past time to make some changes.

An icy wind threw sleet against the windows. The light of a full moon and street lamps added illumination to the darkened bedroom, sending shadows to dance over the ceiling. Second by second, Harley grew edgier until he could no longer stay still.

He sat up in the bed and swung his legs over the side.

Over his shoulder, he glanced at the woman still stretched out on the mattress, her breathing soft and even in heavy sleep.

He never slept with women.

His gaze tracked her soft body from the soles of her arched feet, over that tantalizing rump, up the length of her delicate spine, all the way to her manicured fingertips.

He definitely didn’t feel the need to snuggle down and sleep.

Anxious to go, he reached for the silk scarf binding her slender wrists to the slatted headboard. Thanks to her enthusiasm, the knot had tightened, making it difficult to undo. As Harley worked it free, she remained utterly limp in the way of sound slumber.

He envied her that.

Brushing long, tangled blonde hair away from the side of her face, he studied her serene expression, her parted lips. A few strands of long hair tangled with her thick lashes.

Wanting something, some small response, Harley trailed a fingertip down her nape, her back, all the way to her tailbone.

She squirmed a little, sighed, and smiled.

His eyes narrowed; the smile was enough.

He couldn’t control much in his life right now, but he had controlled her. He’d controlled the pace, her pleasure, and his own. On impulse, and because he was a bona fide ass man through and through, Harley bent and pressed a soft kiss to one cheek.

The woman snuggled deeper into the covers and let out another sigh.

Being a gentleman, Harley made sure to bring the thick coverlet up and over her before he left. Even indoors, the bitter weather left a bone-trembling chill in the air.

After carrying his clothes and shoes into the living room, he dressed. Then, holding his keys in a closed fist so they wouldn’t make a sound, he put on his coat and exited her house for the frigid outdoors. The woman would want him to call again, and maybe he would.

Leaving the warm bed only made the night wind that much worse. The moon played peek-a-boo with heavy clouds, leaving Harley’s path alternately well lit, then dark as sin.

But the weather didn’t matter. To keep his options open, Harley never stayed over at a woman’s place, just as he never brought a woman home to his place – wherever home might be at the time.

Right now, home was three hours south of Harmony Kentucky, in a small cabin in the hills near Echo Lake. After fucking up his elbow and losing out on another title bout, he’d needed the seclusion, the time to reflect.
The time to do as he damned well pleased without everyone scrutinizing his every move, worrying about him, making assumptions on his state of mind.

The jeep hummed to life, kicking hot air over Harley’s jean covered legs. Hands cupped together, shoulders hunched against the cold, he looked out the windshield at the rapidly sinking moon. The long, winding road to his rented cabin would take him into daybreak.

He didn’t punch a time clock – never had. Here in the hills where he routinely came to prep for a fight, he could use any schedule he wanted. His time was his own, and he bent it any way he liked.

The isolation worked to his advantage.

While rehabbing his elbow, he’d spent weeks jogging alone, pushing himself when he wanted, relaxing when he felt like it, all in higher altitude. Without the lure of fast food restaurants, he’d eaten only specially prepared meals that had him especially lean and muscular. Getting up at dawn – or sometimes, as now, being still up at dawn – made it convenient to work on cardio and stamina.

He was in the best physical condition of his life, and soon he could rejoin Dean’s gym to start boning up on technique. Sublime had already defended his title belt once.

Next, if things worked out as they should, he’d have to defend it against Harley.

But even if the SBC set up the fight, who knew if he’d actually make it into the competition? Every damn time things seemed to be going his way, something bizarre happened to fuck up his plans.
He hated it.

Putting the jeep in gear, Harley backed out of the driveway, past the tall pine trees until his tires hit the snow-covered gravel road. He would not sit around stewing on the unfairness of life.

Instead, he put his mind to thinking about all he planned to do that day.

This was his third year staying in the same cabin. Like the lovely lady he’d just left, tourists were the norm right now. They came and went, a new crowd each year, and that suited Harley fine. So far, the only familiar female face in town was that of Anastasia Bradley, the woman who rented him the cabin.

Anastasia knew to hold the place for him during certain months. They had an unspoken but solid agreement that worked for them both.

She had guaranteed rental on her cabin.

He had a reliable place that suited him.

With his thoughts bounding this way and that, Harley drove through the dark night. Sure enough, gray dawn cut through the never-ending sleet by the time he started past Anastasia’s cabin, which sat half a mile down the hill from the one he rented.

To his surprise, she was out front already, bundled up head to toe and chopping – or attempting to chop – wood.

It was all of about twenty-five degrees and blustery to boot. Even the roosters weren’t awake yet. The ax she swung probably weighed more than she did.

Frowning, Harley pulled into her drive. She had an ancient CD player blaring hard rock music and didn’t hear his approach.

They were far from the miniscule town, hidden in heavy woods, with no neighbors to speak of.

The ebb and flow of female tourists meant Harley didn’t have to worry about any one woman becoming too clingy. But there were just as many men traveling through the area, strangers who could be nice – or not.
Living in seclusion was unsafe for any woman, but especially a woman who didn’t take necessary precautions.
After turning off his jeep and getting out, Harley watched Anastasia. On many levels, she fascinated him.
She never came on to him, didn’t try to impress him, and spoke as upfront as any man, but with less colorful language.

He appreciated those qualities every time he did business with her.

As a man, he wondered at her apparent indifference to him. Not that he was conceited. But… yeah, he’d come to expect it from women.

Right now, Anastasia wore a navy blue stocking cap pulled down low over her shoulder-length dark hair, a hooded sweatshirt over that, and a lumberjack type coat over that. Quilted knee boots protected her feet.

She swung the ax with verve, and inaccuracy. If he didn’t intercede, she’d maim herself.

Out of self preservation, Harley kept his distance. “Anastasia!”

The wind sucked away his words, making them indecipherable from the music. Damn it.

Looking around, Harley spotted a long stick and a rock. He chose the rock.

Tossing it just beyond her, so that it landed in the meager pile of splintered wood, he waited.

Anastasia paused, stared toward the rock, and without haste or worry, looked over her shoulder. Above her red nose, her dark brown eyes warmed. “Harley.” 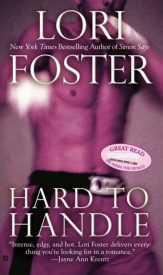