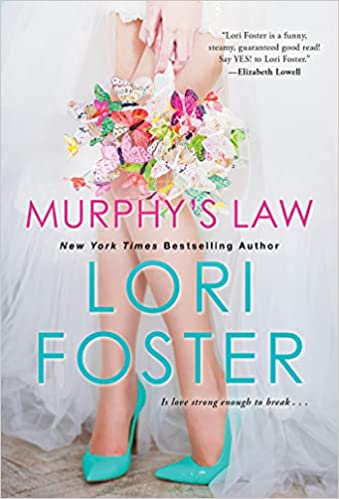 Anything that can go wrong…

Nothing is going to go wrong. Ashley Miles has worked too hard for her independence to let some Bentley-driving hunk named Quinton Murphy interfere with her plans—or her freedom. Yes, the chemistry is phenomenal. Kind of scary, actually. But that’s it. NO emotional commitments.

But he’s SO wonderful—a woman could fall in love…How did that happen? That wasn’t part of the plan! But can she trust him? Really trust him? The man is just so mysterious. There’s only one solution: put it all on the line and see what Quinton does when she tells him how she feels. And hope everything that can go wrong… won’t…

is Book 2 in the Jude's Law & Murphy's Law Series 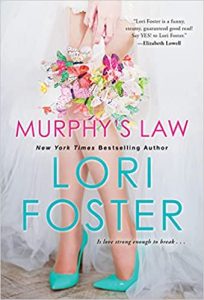 With building impatience and anticipation, Quinton Murphy leaned against the cinderblock wall and checked his watch for the tenth time. How pathetic for a grown man to go to such lengths to talk with a woman.

A woman who had refused him – after kissing him senseless.

He didn’t leave. He wouldn’t leave. Not until she showed up and he had a chance to set things right with her.

Loosening his tie and pulling at the collar of his dress shirt, he cursed the unseasonable warmth of the October night and the stifling stillness of the parking garage. He checked his watch yet again, and then, finally, her yellow Civic pulled through the entrance.

Headlights flashed around the gray, yawning space, now mostly empty except for his Porsche Carerra and the vehicles of the night shift workers. Her brakes sounded a little squeaky, and she parked with a jerk of the gears that shook the aged automobile.

Always in a hurry – that described Ashley Miles. At least, from what little he’d seen of her. He had to wonder if she ever relaxed or took a day off to laze around.

As soon as her engine died and her headlights went dark, the driver’s door swung open and she stepped out. Quinton soaked in the sight of her, letting his gaze meander along the length of her long legs, her trim midriff, the understated curves of her small breasts, before settling on her face.

Once again, he mulled over her startling effect on him – and wondered at it. At thirty-three, he was hardly a monk. He’d had infatuations, relationships of convenience, and once he’d even been in love.

But something about Ashley, some indefinable nuance in her nature got to him in a most unusual way.

Pieces of her were perfect: her dark eyes, her long silky hair, and her mouth… God, he loved her mouth.

She smiled easily, had a sharp tongue, and said no far too often.

But she kissed with an enthusiasm and hunger that made her impossible to dismiss, almost as if she’d never kissed before and the sensation of it overwhelmed her. He wanted more. He wanted everything. Until he had her, he wouldn’t be able to get her out of his thoughts.

Put all together, Ashley made a mostly average appearance. But when she spoke, all that sassy attitude came crashing out, and it made her seem appealing yet unattainable, brash yet vulnerable.

She said things he didn’t expect, behaved in ways unfamiliar to him. She smiled, and he wanted to strip her naked.

Her car door slammed hard, and she looked around the garage behind her, talking to herself in low mumbled words that reeked of irritation and disgust.

Unaware of his presence, she said, “For God’s sake, Ashley, get a pair, why don’t ya.”

Never taking his gaze off her, Quinton pushed away from the wall. Patience he told himself. He’d have her, and soon.

She screeched. The high-pitched yell of panic bounced around the cavernous garage in deafening force, causing Quinton to wince. “For God’s sake, it’s me.”

Eyes wide, she whipped around, zeroed in on him, and went from startled to furious in a heartbeat. The change was something to see.

And she looked as desirable pissed, as she did impatient.

After stomping across the concrete floor, she thrust her chin up close to his face. Since this was the second time he’d startled her in the garage, he felt a little guilty. Holding up his hands in concession, he said, “My apologies.”

She didn’t soften a bit. “You’re making a habit of this, Murphy, and I don’t like it.”

Quinton gave in to a half smile, gently touched her hair, and lied through his teeth. “Not on purpose. I just finished some late business. Since I knew you were due in soon, I decided to wait to say hi before heading home.” The last time he’d seen her, he’d been with a client. A sexy blonde female client, and though he knew Ashley wouldn’t admit it, she’s misinterpreted the situation.

Now he needed to make her understand his interest for her and her alone.

For a single suspended moment, she stared at him, mostly at his mouth, her expression soft and giving… then with a frustrated growl, she strode away from him.

Damned contrary woman. She wouldn’t make this easy for him. But she did make it interesting.

Quinton propped his hands on his hips and watched her long-legged retreat, undecided on whether or not he should say anything more.

But after only three steps, she halted. Her straight, stiffened back still to him, she snapped by way of explanation, “I usually don’t scare so easy.”

An olive branch? He gladly accepted it. “I gathered as much.” He hadn’t known Ashley long, but already he accepted that she wasn’t a timid woman, definitely not a woman who jumped at shadows. In fact, he’d have described her as ballsy beyond belief. “So what’s going on? Why are you so jumpy?”

She shut him out and he didn’t like it. “Okay.” He’d let that pass for now. Harking back to her earlier comment, he asked, “What do you need a pair of?”

Her shoulders relaxed, and she turned to flash him a cheeky grin. “Balls.”

She shook her head. “I could use them in the figurative sense.”

He chose to see her chattiness as an invitation and fell into step beside her. “Want to tell me why?”

Her shoulders lifted. “I’ve had the weird feeling that someone’s watching me.” She glanced up at him. “It’s probably you giving me the willies.”

She poked him in the chest. “Every time I turn a dark corner, you seem to be there.”

Half under his breath, he muttered, “Not exactly the reaction I hoped for.” The first time he’d met her, she’d been running for the elevator and he was stepping out. She’d ended up in his arms, and from that point on, he’d been a goner. 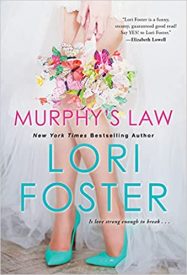 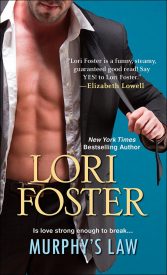 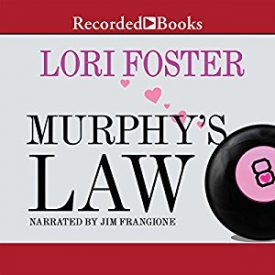