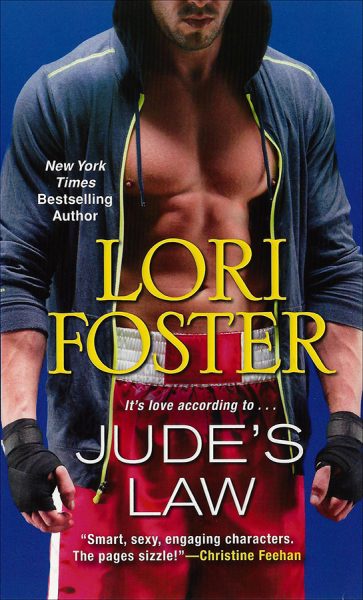 When it comes to love, he plays to win

There’s only so much frustration a guy can handle before he gets a little nutty. For Jude Jamison, his frustration has a name—May Price. She’s everything the former Hollywood bad boy actor came to Stillbrook, Ohio, hoping to find: open, honest, lovable, and full of those luscious curves you don’t find on stick-figure starlets—curves May doesn’t seem to appreciate in herself. Every time Jude tries to get close to the skittish business woman, to take her in his arms, she thinks he’s joking. Joking? Joking does not involve lots of cold-shower therapy.

Time for new tactics. If May won’t respond to his compliments and sexy innuendos, he’ll just have to spell it out for her. Jude Jamison is going to lay down the law for May Price. And after that, she’ll have no delusions about just how much he wants her…

is Book 1 in the Jude's Law & Murphy's Law Series 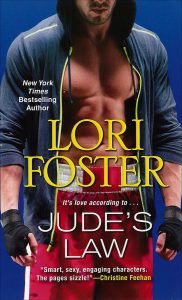 Jude pushed forward until he stood directly in front of her, close, so close he could smell the combined scents of lemon shampoo and powdery lotion. “Hello May.”

Her lips trembled, then firmed. She turned her face up to his. “Jude.” Her smile wobbled. “Hello. How are you? I didn’t realize you’d be here. You’re usually waiting when I open the doors. But today you weren’t. What with the rain, I assumed -”

Only with him did she chatter. His presence made her nervous. He found that cute. And encouraging.

Resisting the urge to push a shushing finger to her lush lips, Jude said, “Storms don’t keep me inside.” He stared at her mouth. “I think they’re sexy.”

“Yeah. All that crackling energy. The heat. The moisture.”

Her mouth opened, but nothing came out.

“You ever made love in the rain, May?”

She shook her head, then squeaked, “No.”

Desire pulsed beneath his skin. “Would you like to?”

Their eyes met, and she stepped backward, almost knocking a tray from a passing waiter. On the guise of assisting her, Jude caught her arm and drew her forward again.

Even through her suit coat and blouse, her arm was plump and soft and warm. Gently, his fingers caressed her.

Rather than send her running, he retreated a bit. “You know I never miss a showing. I’ve been looking forward to this all week.”

Because she held her arm out to the side like a broken wing, he released her. But at the same time, a pulse tripped wildly in her throat. She had so much repressed sensuality, he burned just thinking of the moment when she’d let loose.

May needed him – in more ways than just the sexual.

If it weren’t for him, he doubted she could stay in business. The arts rarely, if ever, gained priority from the denizens of Stillbrook. The town consisted mostly of farmers and blue-collar workers, more concerned with their schools, their local sports, and the neighborhood bar.

Because he usually secluded himself behind the heavy gates of his property, much of the crowd showed up just to see him. Jude knew it, and he suspected May did too.

“Your showings are one of the few highlights of the town.”

Trying to resist you. “A minor inconvenience slowed me down, that’s all.”

“I see.” She blinked big brown eyes at him, and visibly gathered herself. “Was there something particular you wanted to look at tonight?”

You. Naked. “I’m not sure.” The house he’d built had more walls than he could count. “I’m still working on the downstairs. I need some things for the home theater and the guest room. Something… friendly. Bright. Large.”

Unable to resist, he smoothed back a tendril of her hair, tucking it behind her ear. Silky and soft, warm and sweet. Would she be that sweet all over?

At his touch, May’s dark eyes widened. Deep with intelligence and gentle caring, her eyes fascinated him.

She said, “I have some ideas.”

One eyebrow lifted. “Do you?” Unable to help himself, he glanced at her hands clasped in front of her stomach. Then at the gaping lapels of her suit coat and the silky blouse beneath, buttoned up over her breasts.

“You should come by the house.” His voice dropped. “We could discuss your… ideas.”

Her soft gasp drew his attention back to her eyes. Bright color tinged her soft skin, leaving her blotchy. Never, not with anyone else, did May blush. With him, she often looked like a boiled lobster.

A lobster with untidy hair and mouth-watering breasts.

“I…I don’t know.” Her hands fluttered and she looked around the room, but found no salvation. “I’d have to check my schedule…”

“You know where I live, right?”

She choked on disbelief. But then, even though he’d built on the outskirts of town, everyone in Stillbrook knew where he lived. Hell, he was practically a tourist attraction. Having a well-known personality move into their area was big news a year ago. Because of the rag mags teeming with accusations, speculation and outright lies, his location remained big news. Even here, in a town barely on the map, the past followed him.

Feeling cynical and annoyed, Jude ran a hand through his hair. “Of course you do.”

She turned businesslike, straightening her rounded shoulders while her brows came down in a slight frown. “You have forty acres, Jude. Your house is… well, magnificent. A mansion. No one around here has ever seen stone fencing like that. The trees alone are so beautiful that…” The frown smoothed away, her expression eased. “Well, besides all that, you’re a celebrity. I bet everyone has driven past your place a time or two.”

When May went into protective mode, she lost her timidity. More than once, she’d acted protective toward him. A novelty that, but also kind of sweet. “Have you?”

Her lower lip caught in her teeth, and she gave a guilty nod. “I wish I could say I drive by there anyway, but you’d know I was lying.” She stared at him, weighed her words, then shrugged. “I stopped by last week, just… looking at things, and your security camera aimed right at me. I had the odd feeling that…”

Her chin came up. “That you were watching me.”

The grin appeared unbidden. He didn’t deny or confirm her accusation. “You should have come up the drive. I’d love to show you around.”

Her eyes widened. “But you have “no trespassing” signs everywhere. You keep your gates locked. The security cameras are always on…”

He touched her again, this time just running his thumb along her jaw line. “None of that applies to you.”

Retrenching again, he gestured at the display of artwork. “Like I said, I could use some help picking things out.”

Though she continued to blush, a dimple appeared in her cheek. “You have incredible taste and you know it. You’re more sophisticated than I’ll ever be.”

Because he’d been in movies?

Or because he’d survived one of the most celebrated murder trials of the decade? 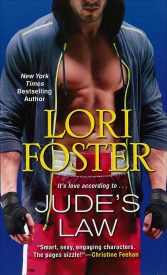 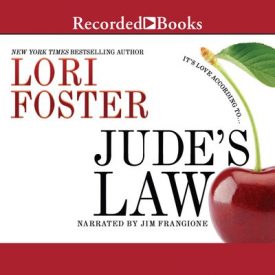