Love Won’t Wait is featured in the anthology Turn Up the Heat and is not available on its own. 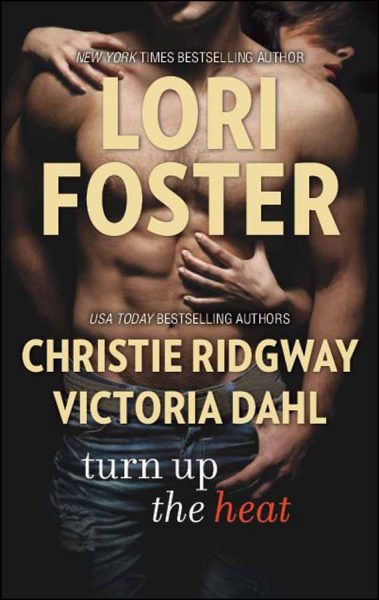 Love Won’t Wait is featured in the anthology Turn Up the Heat and is not available on its own.

Brendan “Brick” Carlisle is used to women falling at his feet, so shy waitress Merrily Loveland is a breath of fresh air—and an irresistible challenge. But before he can make his move, Merrily comes to him with an offer he can’t refuse. If only their “no-strings” pact didn’t leave him wanting so much more…

is Part of the Carlisles Series 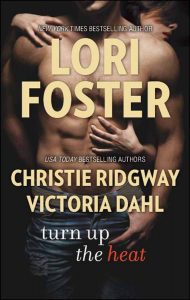 Rumor had it, she was a virgin. As in, never had sex.

Looking at her now, Brendan Carlisle – Brick to those who knew him well – found that hard to believe.

But not so young she hadn’t had time and opportunity to get busy. He figured her to be in her mid-twenties, which would put her a few years younger than him. Plenty old enough for just about anything. Actually, for everything. Like all those things now crowding his brain and making him twitchy.

Shifting in the booth seat, Brick settled back a little more and continued to study her.

Sweet? Oh yeah, she was super sweet. Just look at that smile! And the dimples in her velvety cheeks were so damned cute. He’d almost swear her big green eyes sparkled as she spoke to customers and took orders. Polite but engaging. And yeah, really, really sweet.

But sweet enough to remain untouched? Pfft. He’d known plenty of sweet women who loved sex. Sometimes they dragged him off to the bedroom. He’d always adored sexually aggressive women. It was a big turn-on.

But the idea of sexual innocence teased him. He’d never before realized how exciting it might be to be… the first.

Until now. Until looking at Merrily Loveland.

From the get go, he’d been drawn to her. For near a month he’d been flirting, chatting her up and teasing while keeping things superficial – the way he preferred his relationships to be. He liked to sit back and let women make the first move, then he informed them of his intent to stay single, and took it from there.

Merrily hadn’t made a move.

She was friendly enough, always gifting him with those dimples and smiles and bright green eyes.

But then, she gifted everyone the same way.

Why would an attractive, lusciously built, friendly woman have remained a virgin?

Lack of interest from guys? No way.

Merrily – God, he loved her name – looked like a stacked elf. Curvy, but still petite. Adorable, but with a sensual heat lurking in her gaze. Bubbly… and yet somehow a little reserved.

He didn’t think so, not that he’d know how to tell just by engaging in occasional, casual conversation with her while ordering lunch. But she had such a ripe look about her that it seemed in odds to any deep religious affiliation.

If so, then maybe he could convince her that experiencing life was better than waiting.

She finished taking an order and turned to head back to the kitchen. Her silky brown hair, held in a high ponytail, swished back and forth between her shoulder blades with each hurried step she took.

Brick shifted again. In the weeks he’d known her, he hadn’t pressed her beyond friendly greetings – and putting in his lunch order. But how much time could he spend hanging out at the diner before she caught on to his interest?

Was she a virgin? He wanted to find out. He would find out.

And with that decision made, he felt himself stir.

Damn it, around her, he had to constantly fight off a boner. Insane. At twenty-eight, he didn’t lack control. But she affected him – and that was reason number one why he’d hesitated to ask her out. A woman with that much influence on his libido could only be trouble. He liked being free of commitments and took great pleasure in answering to no one for anything, being accountable only to himself.

A clingy, marriage-minded woman could put a kink in his lifestyle.

But he could be her first…

Brick shook himself because reason number two, being her supposed innocence, was a biggie.

If she was waiting for Mr. Right, or if she had some strong reasons for avoiding intimacy, well… he’d be as wrong for her as wrong could be. He’d ensure she enjoyed herself while in the sack, but afterward, when the spark faded and he walked away…

Yeah, much as he relished the idea of her innocence, he didn’t relish the idea of breaking her heart.

Unfortunately, he wasn’t into self torture, and not having her would be pretty torturous, so to hell with it. He’d just have to figure out a way to have it all, and if –

Guilty over the carnality of his thoughts, Brick jumped a good foot. “Damn it,” he complained when others glanced at him. He scowled over the appearance of his good friend, Jesse Baker. “I didn’t see you come in.”

As he sat opposite Brick in the booth, Jesse scrutinized him. Then he looked back at where Brick had been staring. He saw Merrily bent over a table as she served an older couple, turned back to Brick, and grinned. “Taking in the view?”

“Ho! Are you warning me off? Seriously?”

“Huh.” Jesse eyed him with humor and great interest. “Well, in case you missed it, every guy with a pulse is also taking in the view. Why should I be the only one not to look?”

Brick didn’t have to answer because Merrily joined their table, menus in hand. As she leaned over to place a menu in front of him, she said, “I’m so sorry for the wait. What can I get you guys to drink?”

Brick inhaled the scent of her hair and skin, and froze as his pulse rushed and a slow heat unfurled. Her nearness affected him like a full body caress, leaving him in a lust-inspired stupor.

Straightening, she struck a casual stance, one slim brow lifted, a half smile on her mouth, her eyes inquisitive… and Brick knew he was going to get hard.

Jesse eyed him again, snickered at his obvious condition, and said, “I’ll take a Coke.”

“Yeah.” His voice was so thick, Brick cleared his throat. Fighting the urge to study her body, he locked his gaze on her face. “Coke, light ice.”

“Sure thing, guys. Be right back.”

As she sashayed off, he released a pent-up breath.

And Jesse let loose a big guffaw. “What the hell, Brick?”

“Shut up.” He tugged at the leg of his jeans, but it didn’t help with the restriction of the denim.

Eyes closing, Brick fought off the wash of automatic anger. He had no claim on Merrily – and he didn’t want a claim. He just wanted to be first.

So why should Jesse’s taunt bother him so much? Easy answer: it shouldn’t.

When he felt calm enough, he stared at Jesse and spoke in what he hoped sounded like mere curiosity. “You heard that too, huh?”

“Yeah.” Jesse studied him with tempered humor. “It’s an intriguing concept, right? Initiation and all that.”

“Just being honest. What red-blooded guy wouldn’t be drawn to the idea of a woman that looks like she does, but was still untouched?”

“Who says she’s untouched?” The croak was back in his voice, but he pretended not to hear it. “There’re all sorts of things to do that could leave a woman a technical virgin, but not really inexperienced.” And thinking about those things wouldn’t help to cool his engines.

Merrily returned. She set the drinks down and pulled out a notepad and pen from her apron pocket.

And damn it, even that rumpled apron seemed somehow sexy, like fetish wear, which was absurd given it was plain old sturdy white cotton.

God, such a loaded question.

Jesse, enjoying his predicament, looked at Brick and waited for him to order.

Her dimples appeared. “I should have known. That’s a regular order for you. Maybe I can start using that old clichéd line.”

The things her smile did to him… “What line is that?”

She struck a pose, then asked, “The usual?”

“Ah.” She was so cute. “Could be. I’ve been eating here forever, but you’ve worked here for… what? A month now?”

He already knew that, of course. Hell, he could tell her how many days, and if he thought about it much, probably how many hours. He’d been a little obsessed since the first day he saw her, and once he heard that virgin business, he’d been lost. “Time flies when you’re having fun.”

Jesse kicked him under the table. Yeah, that was pretty lame, deserving of a kick. 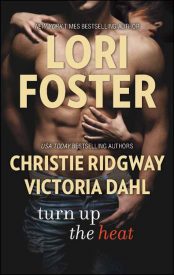