Book 2 in the Brava Girlfriends Series

Indulge Me is featured in the anthology Truth or Dare and is not available on its own. 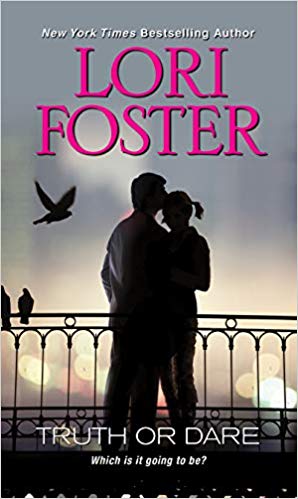 Book 2 in the Brava Girlfriends Series

Indulge Me is featured in the anthology Truth or Dare and is not available on its own.

Shy Becky Harte has a private wild side. But she never thought she’d run into a secret crush like George Westin while buying some rather surprising items. George is more than intrigued at her purchases and would love to show the blushing Becky a thing or two. But it’s George who becomes the student when Becky starts calling the shots…

Reviews of Indulge Me

is Book 2 in the Brava Girlfriends Series 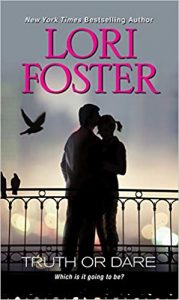 Becky Harte inched through the doorway of the risquè sex shop, Wild Honey, with a great deal of trepidation.  Warmth and the subtle scent of incense greeted her.  She knew her eyes were huge, but she couldn’t manage a single blink.

It was still something of a shock that the small, conservative town of Cuther, Indiana has such a shop in its midst.

It was doubly shocking that small town conservative Becky would be visiting that shop.

Her heart pounded, her face was hot, and her hands shook. Never ever in her life had she expected to do such a thing.  Yet here she was, not only inside Wild Honey, but on a sexual mission.  A mission designed by her two well-meaning friends, Asia and Erica.  Becky knew they were both watching her progress from the company lounge across the street, in the toiletries factory where they all three worked.

Before the door closed behind Becky, she peeked over her shoulder and sure enough she could see the twin pale faces of Erica and Asia pressed to the window on the second floor of the factory.  She couldn’t back out because they’d both know and she liked them too much to want them to consider her a coward.

The three of them had made a pact, and by gosh, she’d keep to her end of the deal.

Drawing a steadying breath, Becky released the door and it swung shut with a tinkling of chimes and a sense of finality that made her jump.  Becky held her coat tightly closed at her throat and looked around.  What she saw was…unexpected.

Wild Honey was actually pretty elegant.  It was clean and neatly organized and colorful. There were display tables laden with books and taped, every wall lined with shelves of more books, magazines, and some boxed items.  Biting her lip, Becky forced herself to take a few steps.  A woman behind the counter greeted her.  “Hi. Can I help you find something?”

Good Lord! Surely the saleslady didn’t expect her to discuss such things.  Numb, Becky shook her head and turned away, hurrying to the back of the large room.  An open door that led into another room offered her a place to hide.  She ducked inside.

Mouth falling open, Becky stared about in mingled horror and fascination at the items hung from the walls.  Why, there were things that looked like…like penises.  Enormously large penises. Blue, white, and black penises.  Penises in every color of the rainbow.  Two-foot long penises, for crying out loud.  Double-headed penises.

Without realizing it, Becky drifted closer, mouth still gaping, eyes so wide it was a wonder her eyeballs didn’t fall out.  this had to be a joke. Sure, she wasn’t experienced, but she wasn’t an idiot either, and there was no way all those penises could be….functional.  No way.  It was impossible.

She looked away from the display of artificial penises with a disbelieving shake of her head and a barely audible snort. They were probably gag items, used for bachelor parties and such.  That made more sense than anything else.

Her attention got snagged on a new contraption and she studied it.  She had not idea what it might be, but there were boxes stacked beneath the one on display, with instructions printed on the back.  Made of what looked to be hard plastic, the device had several elastic straps and little pointy rubber things sticking out here and there, and a place for batteries.  Becky studied it, then picked up the box to read the description.

Gasping, she dropped the box, jerked around – and ran full tilt into a tall, hard male body.

She would have screamed if she had any breath.  As it was, she staggered back from the bruising impact and almost fell over the stacked boxes.  At the last second, the man caught her and held her upright.

Becky froze. Dear God, she recognized that voice that had haunted her most carnal dreams for two years now.

Big hands settled on her shoulders, steadying her, and with a wince of dread, Becky slowly looked up – into familiar mocking black eyes.

Oh no. No, no, no. Not someone she knew. Not this particular male someone.

He bent to meet her eye level, one glossy black brow raised, one side of his sensual mouth tilted up in a smile.  “You okay, Ms. Harte?”

Becky squeezed her eyes shut, praying that not seeing him might help.  It didn’t.  She was oh so aware of him standing there.

“Beck?” His voice was gentle, insistent, rough, and masculine.  Her skin tingled from his touch and her heart lodged in her throat.

Using the edge of his fist, he tipped up her chin, which effectively closed her mouth, too.  After a second, he chuckled.  “You know, you’re so damn red you’re going to catch the place on fire.”

Becky swallowed hard and rallied her scattered wits. In a whisper, she admitted, “I’m mortified.” 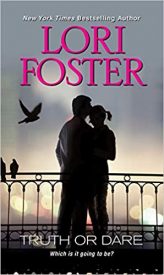