Book 3 in the Love Undercover Series 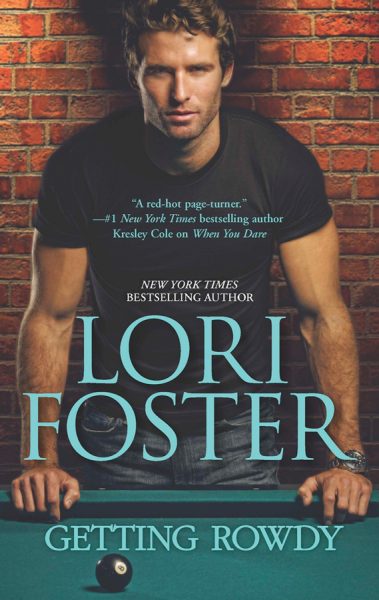 Book 3 in the Love Undercover Series

Charismatic bar owner Rowdy Yates isn’t the kind of man women say no to. So when he approaches waitress Avery Mullins, he fully expects to get her number. However, the elusive beauty has her reasons for keeping her distance—including a past that might come back to haunt them both.

Avery spends her nights working for tips… and trying to forget the secret Rowdy is determined to unearth. But when history threatens to repeat itself, Avery grows to rely on Rowdy’s protective presence. As the sparks between them ignite, she will be forced to choose between the security she’s finally found… and the passion she’s always wanted.

Reviews of Getting Rowdy

is Book 3 in the Love Undercover Series 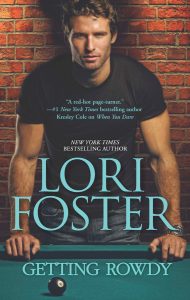 Inhaling in a bid to regain control, Avery said more calmly, “What you do in your own time is your own business.”

“That was my own time – time I wanted to spend with you, but you weren’t interested.”

Dropping the uniform shirts, Avery propped her hands on her hips. “That’s your excuse?”

He eased closer. “Sorry honey, but I don’t need an excuse.” Oh so gently, he smoothed back a curl that had escaped her ponytail. “I’m a grown man, it’s my bar, and I wasn’t expecting anyone to show up so early, especially not you.”

“Perfect!” She snatched up the shirts again, anxious to be on her way. “I guess that’s settled then.”

Rowdy caught her arm. “Hold up.” She started to jerk free, until he said, “Come on, Avery, give me a chance to explain.”

It wasn’t the smartest move, because every second with him chipped away at her resistance, but she paused anyway.

“All right, let’s hear it.” This ought to be good.

But then again, maybe not.

To give himself a moment to think, Rowdy took the garments from Avery and tossed them back on the breakroom table. With her looking so mulish – and so damned cute – he would prefer backing her up to the wall and following his instincts instead of talking.

But he could just imagine how she’d react to that.

Rubbing a hand over the back of his neck, he tried to figure out what to say, and how to say it.

Overflowing with belligerence, Avery crossed her arms. “Any day now.”

“Give me a second, will you?” He propped a hip on the tabletop and scrutinized her. “You might not know this, but I’ve never explained myself to a woman before. That is, a woman other than my sister. But even with Pepper, it was generalizations. Never anything detailed about when, where, or who I had sex with.”

Avery bristled. “You don’t have to explain to me either.”

“I think I do, but it’s complicated by the fact that you work for me.”

When he said no more, she lifted her chin. “How so?”

Rowdy had never had a problem with plain speaking. He saw no reason to start complicating things now. “I have a major jones for you, Avery. You know that.”

“But as your employer,” he interrupted, “I could cross a line here if I’m not careful.”

She choked. “Seriously, Rowdy? This is you being careful?”

To hell with it. Brushing his knuckles over her cheek, down her throat, he said, “I want you. All the fucking time.” Even when I’m with other women. He opened his hand on her shoulder, urged her closer. “And it’s not going away any time soon.”

She softened the tiniest bit, but still said, “Looked to me like it went away just fine this morning.”

Seeing the hurt she tried to hide with sarcasm, he shook his head. “No honey, not even close.”

Her mouth tightened. “So your date was just –”

“You’re confusing things now. I don’t date. What you saw was sex, plain and simple.”

“Oh my God.” She pressed her hands to his chest, but not with any real conviction at pushing him away. “I don’t want to hear this.”

“She knew what it was.” Rowdy easily held on to her. “I didn’t sugarcoat things, and she agreed one-hundred percent.”

Anger darkened her blue eyes and lowered her voice to a rasp. “I can’t imagine why you’re telling me this.”

Because what you think of me matters. Rowdy slid his hand to the back of her neck, keeping her near. “I get the feeling you saw me with her and you took it personally.”

“Your ego is showing.”

Knowing he’d hit a nerve, Rowdy dipped his head, brushed his nose over her hair. “You think it was a rejection or something.” He inhaled her scent, and tightened all over. God Almighty, the way she stirred him…

“Honestly,” Avery whispered, “I don’t know what to think.”

“Think about saying yes instead of no.”

She drew back a small fist and punched his ribs.

Grinning, Rowdy hugged her. After the long day at work, it felt better than good to hold her. “I shouldn’t tease?”

“Okay.” He kissed her temple and leaned her back so he could see her face. “Seriously then, I’m sorry if it hurt you in any way. Never my intent, believe me.”

She looked up at him, her blue eyes big and soft, her hands now curled into his shirt – holding on to him. “Then why did you do it?”

At least she wasn’t storming off, Rowdy told himself. She sounded far more reasonable than he could have hoped for. “I didn’t want her in my new place, and she didn’t have any privacy in hers.”

To be on the safe side, Rowdy moved to lean in the doorway, but she didn’t try to leave.

She only went to the other side of the table – out of his reach. “That’s not what I meant. Yes I’m surprised you’d do such a thing here at work. But I was asking…” She shook her head. “Never mind.”

No, he wouldn’t let her do that. “Why was I with her in the first place?”

After a long hesitation, she gave one sharp nod.

He didn’t want to detail the extent of his own failings, but he also didn’t want to end the night with her pissed off. He considered making up a believable story, but he knew he wouldn’t lie to her.

What he saw in her beautiful eyes touched him.

She wanted him to have a good excuse because she wanted a reason to give in to him.

To chase off his personal demons he’d spent the night in a sexual marathon. He should have been well spent, and he had been.

But now, with her so close, being alone with her, seeing that particular look in her eyes, he instead felt like he’d spent a month being celibate.

He’d tell her the basics and it’d have to be enough. “Women have usually come easy to me.”

From the day they’d met, before he’d bought the bar, Avery had seen him picking up women. Not something he was proud of, but not really anything he’d try to hide either. He was a grown man and he more than enjoyed sex.

Determined to stay on track, Rowdy ignored the jibe. “When I get turned down, it doesn’t matter.”

“Why would it?” Like an accusation, she said, “There’s always another woman waiting.”

He shrugged, accepting the inaccurate claim. “That’s not the point.” Once again, he moved toward her. He couldn’t seem to help himself. From day one, Avery had drawn him, not just physically but in other, more disturbing ways – ways he didn’t want to analyze too closely. “I’ll try to explain if you let me.”

She crossed her arms. “I’m all ears.”

No, she was all backbone and pride and, even when trying to conceal it, hot sensuality. “When I get turned down, and believe me, I do, it doesn’t matter because I don’t care enough for it to matter.”

She half turned away. “Guess I should remember that, huh?”

Rowdy brought her back around, and though it unnerved him, he admitted the truth. “With you, it matters.”

She searched his face, but wasn’t convinced. “That’d be easier to believe if I hadn’t busted you just this morning.”

He had to get her past that. “I needed a distraction, that’s all.” 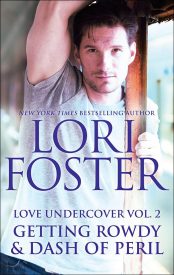 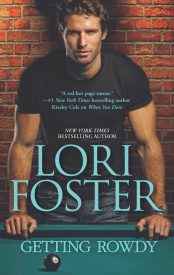 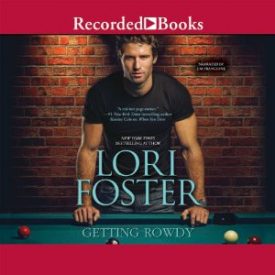