Book 2 in the Jardines Series by L.L. Foster 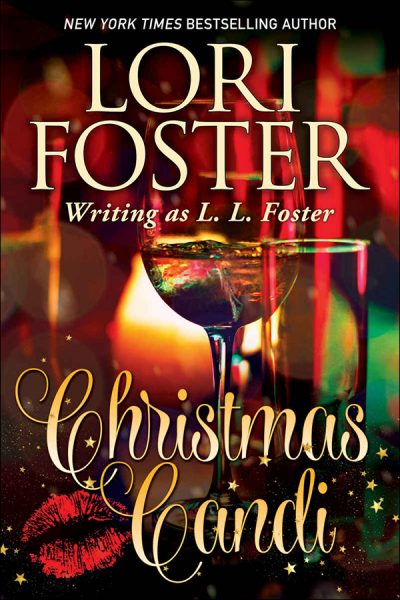 Book 2 in the Jardines Series by L.L. Foster

Christmas Candi is a very short story written primarily for those readers who’d asked about the character, Amos. Most of my stories are written under my name, Lori Foster, but I did a few with paranormal elements under my initials L. L. This is one of those stories. Enjoy!

is Book 2 in the Jardines Series by L.L. Foster 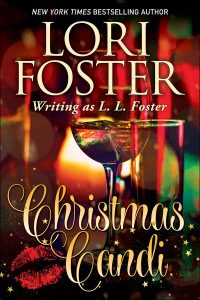 Inside the smoky, small-town bar, he watched for her in twitchy anticipation. She should have been in already, but midnight had come and gone with no sign of her.

His blood burned and his guts agonized.

He needed her. Tonight. Completely. He’d made up his mind, so where the hell was she? She only lived a block away and for as long as he’d known her, she’d never been late.

For months he’d waited, biding his time, giving her an opportunity to grow used to him. Despite their age difference and outlook on life, the sexual chemistry smoldered between them. So many times he’d been aware of her raping him with her eyes. Around him, she showed no hesitation or uncertainty, and that was a first.

But she didn’t come on to him. She didn’t make her attraction obvious.

Candi Pearson was a young, fresh, very sexy enigma. Soon she’d be his. And then he’d never let her go.

Outside, a wintry mix of snow and sleet added to the blackened piles on the side of the road. Cold wind whistled and bare tree limbs bent beneath the force of the winter storm. On the big front window, a half-lighted, plastic santa head bounced against the glass.

Inside the bar, sweaty bodies churned on the crowded dance floor to a holiday tune from the jukebox. Desperate women and out-of-luck men wove in and out of the smoky haze beneath a smattering of multi-colored Christmas lights wrapped around the beer signs and the mirror behind the bar. The occasional blustering voice rose in anger, drowning out the howling wind. Pool balls clattered together, a din of whisky demands sounded near the bar, and finally, just as Amos Jardine’s impatience frayed, the front doors opened.

Snowflakes and cold wind blew in ahead of her, but he knew Candi had arrived. He always knew when she was near; her proximity kicked his awareness into overdrive.

She’d lost her hat. A ragged tear showed in the sleeve of her puffy coat. Sleet dampened her jeans all the way to her knees.

Every nerve ending went on alert, especially when Amos caught the waves of her panic.

Two days before Christmas, something had happened to her. Something bad.

Heart thundering with protective instincts, Amos forced himself to stay seated at the very back of the room. It was important that she come to him – and when her gaze found his from across the room, her need nearly took his breath away.

Shoving her way through the crowd, she charged to him. Her long, corkscrew blonde hair bounced around her sweet face. Ruined make up smudged her big blue eyes, and fear bored holes in her usual bubbly persona.

Yesterday she’d been singing Jingle Bells under her breath; today she looked in fear for her life.

Locking his jaw, Amos held himself steady until she’d reached him.

“Amos,” she said fast, breathing in a rush while glancing behind her as if hellhounds nipped at her heels. She dropped into the chair across from him and reached for his hands. Gasping for air, her chest laboring as if she’d run a marathon, she rasped, “I need you.”

At the first touch, his body tightened. With his gaze locked on hers, Amos closed his larger, rougher hands around her chilled, slender fingers.

After years of destruction and a talent that drained him of humanity, God knew he didn’t believe in much. But he believed in Christmas. Always had, always would.

And this year he wanted Candi Pearson, all wrapped up with a pretty satin bow, waiting beneath his tree.

Or in his bed. Or on the kitchen table.

Desperation robbed a man of prudence; he’d take his saving grace where he could get it. He’d already made up his mind that this year, he wanted Candi for Christmas.

Somehow, he would have made it happen. But now, she’d come to him on her own. Out of necessity, but still… This might be the opportunity needed to bare his soul, to come clean with his sins, and to show her that now and forever, he would protect her.

“Quiet now,” Amos told her in a calm, even tone. She needed to catch her breath, and when she spoke, the lyrical cadence of her voice distracted him. He understood her urgency and preferred to glean the particulars for himself.

The males of his family had been blessed – or cursed, depending on your point of view – with the ability to absorb the emotion of others, decipher it, manipulate it, and then return it. He could drive a man to suicide, or give a woman an earth-shattering orgasm. He could remove grief, or instill insanity.

All of which meant he was effective at understanding motives and controlling others.

So effective that little by little, his civility had been stripped away. In his effort to use his ability to destroy immorality, he’d absorbed so much malevolence that, without a woman’s gentleness to soften it all, he’d be forever tainted with the ugliness. He needed a balance. 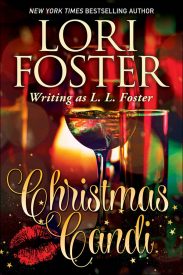