Worth the Wait - Lori Foster

Book 2 in the Guthrie Brothers Series 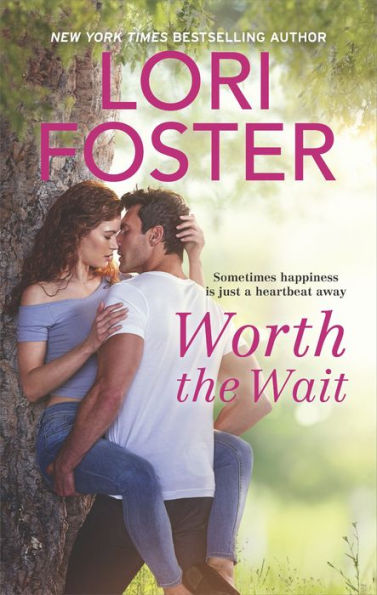 Book 2 in the Guthrie Brothers Series

Ready or not…love will find a way

Single dad Hogan Guthrie is getting his life back on track, and working as the “barbecue master” at a local diner is just a temporary detour. He and restaurant owner Violet Shaw constantly butt heads…until one night they end up mingling other parts instead. Hogan thought he had the recipe for happiness all figured out. But loyal, carefree Violet is daring him to trust his impulses…and see just how sweet small-town living—and loving—can be.

Nathan Hawley traded his SWAT team credentials for a sheriff’s badge, but a gorgeous new neighbor is shaking up his orderly life. Nathan has a hunch there’s more to Brooklin Sweet than meets the eye—but given her caution about getting involved, he has his work cut out for him. Still, there’s something about the elusive beauty Nathan can’t walk away from—and helping her come to terms with her past might pave the way to the future they both secretly long for.

Reviews of Worth the Wait 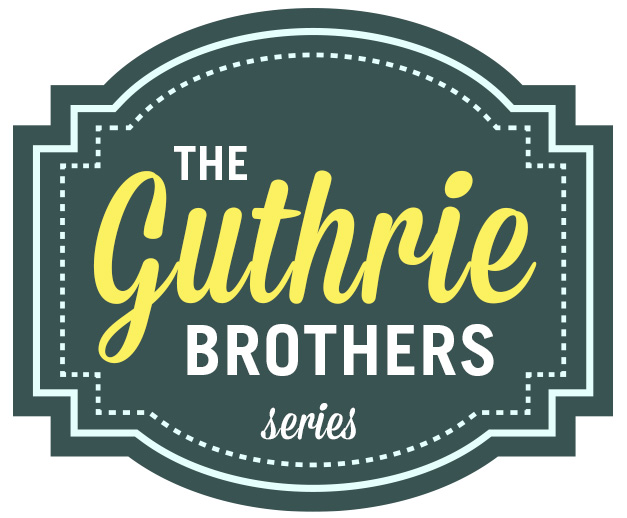 is Book 2 in the Guthrie Brothers Series 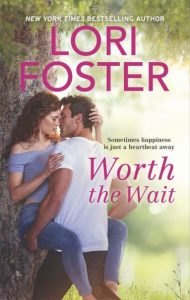 Violet tried to get herself together but it wasn’t easy. She honestly felt like she could close her eyes and nod right off. “The trash…”

“Was taken out.” He opened the passenger door and helped her in.

“If you left on even one fan-”

“It would set off the security sensors. I know. They’re all off.” He fastened her seatbelt around her and closed her door.

As soon as he slid behind the wheel, she said, “But the end of day reports-”

“Are finished.” He started her car. “Try not to worry, okay?”

Because the town was so small, Hogan seemed to know where she lived even though she’d never had him over. She hadn’t dared.

Hogan in her home? Nope. Not a good idea.

Even feeling miserable, her head pounding and her chest aching, she was acutely aware of him beside her in the enclosed car, and the way he kept glancing at her. He tempted her, always had, from the first day she’d met him.

He was also a major runaround. Supposedly a reformed runaround, but she didn’t trust in that. Things had happened with his late wife, things that had made him bitter and unpredictable.

Yet no less appealing.

She wasn’t one to pry, otherwise she might have already gotten all the details from his sister-in-law, Honor. She figured if he ever wanted to, Hogan himself would tell her. Not that there was any reason, since she would not get involved with him.

Hogan was fun to tease, like watching the flames in a bonfire. You watched, you enjoyed, but you did not jump in the fire.

More coughs wracked her and she wheezed for breath.

“You know what?” he said, veering away from the direction of her house. “I’m taking you to the ER instead. You need some meds. Tonight.”

She wanted to argue, to tell him that it wasn’t his decision, but she wasn’t stupid. Tomorrow was Saturday, so finding a doctor would be no easier then. She couldn’t even imagine how much worse she might feel in the morning, given that she felt more wretched by the minute.

“Yes,” she said, her head back and her eyes closed – not that he’d waited for her agreement. “I think you’re right.”

Three hours later, after a long visit in a crowded waiting room where he’d held her against him, a few tests that had shown she had pneumonia, and a script for antibiotics that he’d filled for her at an all-night pharmacy, Violet finally slogged through her house for the bedroom.

Her throat was so dry, she desperately needed a bottle of water. And she’d dearly love to lose her bra.

She managed only to drop face down into her bed, on top of the comforter. She missed the pillow.

It didn’t matter. For someone who never got sick, she’d gone all out. Pneumonia. They should call it “debilitating weakness” instead.

Hogan stood over her. She pulled together enough energy to say, “Thank you. Lock the door on your way out.”

Instead she felt him tugging off her sneakers.

Her eyes popped open; she was sick, not dead. “What are you doing?”

“I won’t steal your shorts, so relax.” After removing her shoes, he lifted her as if she weighed nothing. Holding her with one arm – something she couldn’t help but notice – he turned down her bed and tucked her in.

She, who cried about as often as she got sick, which was never.

But instead of leaving, he came right back with the coveted bottle of water. “Here, let me help you.” Sitting on the side of the bed, he slipped an arm beneath her and levered her up, put the bottle in her hand, and supported her while she drank. “Better?”

“You know,” she whispered, “since we’re doing this, I may as well go all in.”

She was in a bed – her bed – with Hogan Guthrie right next to her. Not ideal circumstances, but still… “Help me out of my shorts.”

Across her back, his arm tightened until she thought she could make out every lean, hard muscle.

Maybe it was lack of oxygen caused by the pneumonia, but she heard herself say, “Unhook my bra too – I’ll take care of the rest. And thanks in advance.”

Letting her recline again, he quickly stood, then stared down at her with a gaze so intent she would have blushed if she’d had the energy to.

After struggling over onto her stomach, she waited. Silence ticked by, and then the bed shifted and Hogan’s hands, so incredibly large and warm, slipped up her back. She felt a brief tug and the bra cups loosened.

Heaven. She muttered, “You’re pretty good at that. Guess you’ve had lots of practice.”

“Don’t try baiting me right now. You’re not up to it.” One by one he slid his hand up her arms, beneath each short sleeve of her T-shirt, and pulled the straps down and over her elbows, freeing her arms.

He turned her to her back, gave her a long look with this incendiary blue eyes, and said softly, “I believe in finishing the job.”

She could barely keep her eyes open, but awareness burned through the lethargy as he reached under her shirt, hooked a finger in the front of her bra, and tugged it out and away.

All the while, those hot blue eyes of his stared at her body.

Through a hazy gaze, Violet watched him look at her now-freed bra. It was beige with black lace and tiny polka dots, making him smile slightly before he tossed it onto her rocking chair. He wasn’t above copping a feel – this was Hogan, after all – so his palm coasted across her ribs, her waist, and over her stomach.

He drew in a breath, held it, and opened the top snap of her shorts.

As he slowly tugged down the zipper, she said, “If I wasn’t sick -”

That made him laugh. “I think you enjoy torturing me.”

“Sometimes,” she admitted. And why not? His presence tortured her plenty.

He finished stripping off her shorts, then took his time looking at her in great detail. “Your panties match your bra.”

He pulled the sheet up and over her, and when she shivered, he layered on the comforter. Now more detached, he said, “They’re sexy.”

Yup, she knew that too. Since, by necessity, she was forced to be more celibate than not, wearing sexy underthings was her balm, her way of reminding herself that she was still an attractive, healthy woman.

Bracing one hand on the nightstand, the other on the back of the headboard, Hogan loomed over her. “You’re sexy.” He kissed her forehead in a most-sexless way. “Do you need more ibuprofen? A cough drop? Anything else?”

She needed Hogan Guthrie, but she wasn’t a stupid woman so she tried to never court trouble. “No, and thank you again.”

“Try to sleep.” He turned out the light and left the room, pulling the door behind him until it almost closed.

Violet turned onto her side, snuggled tight, and faded into sleep. 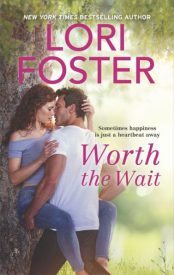 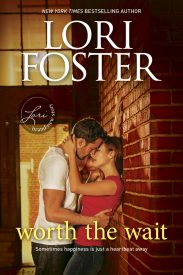 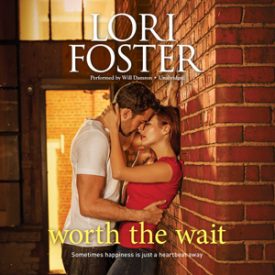