Virginia Johnson had learned to take what she wanted. It was a strategy that had worked well for her in business, but not so well in her personal life. Men were intimidated by her—except new hire Dillon Jones. Dillon was different. He had broad shoulders, a hard body and a confidence that intrigued her. In short, he was just the man she wanted to seduce…

Virginia was just the woman Dillon wanted to seduce…although she could never know that despite finding her sexy as hell, he had an ulterior motive. He was undercover at Virginia’s company to help save his brother, and Virginia was the key to getting the information he needed. But if he wanted Virginia, he’d have to take her… 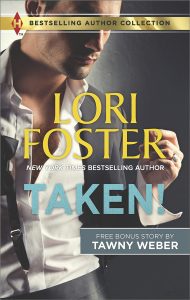 The heat swelled within him until he thought he’d explode, with lust. This wasn’t what he’d expected, wasn’t what he’d planned on. Her nipples stiffened under the gentle abrasion of his rough fingertips and Virginia groaned, thrilling him, turning him inside out with need. She twined her fingers in his hair and said with a touch of desperation, “Please.”

Dillon felt the silky smooth, pliant flesh of her breast, heard her choppy breathing and soft plea, and he forgot his purpose. He forgot that he had ulterior motives, that he wasn’t actually attracted to this woman.

“Shh. It’s all right, honey.” And it was, better than all right. It was incredible.

He pushed her coat farther out of his way and shoved her blouse higher. Her breast, full and firm and heavy, nestled against his palm, and more than anything, he wanted her naked. He wanted to see the color of her nipples by the scant moonlight coming through the windshield, to see the pleasure in her exotic hazel eyes, eyes that were usually hard with determination and arrogance but now were soft with pleasure and desire. For him.

He pressed open-mouth kisses to the smooth skin of her throat and breathed in her unique scent. He’d never noticed before that she had a unique scent. He’d never noticed how sexy she was, or imagined how hotly she would respond to his touch. She gasped and he whispered to her, soothing her as his fingers plucked at her nipple, rolling and teasing. As her entire body trembled with need, she moaned and he wanted to moan, too. This wasn’t right, but it felt too damned right.

What had started out as necessary seduction now seemed amazingly like blind sexual need. There was no way he could deny his enjoyment of this little rendezvous, or the way his blood surged through his body to settle into an insistent throb in his groin. He was as hard as stone, hurting with it, and Virginia was far too astute not to notice.

The car was cramped, but it didn’t matter, and even though it was a miserably cold night, they were cozy, sharing the warmth of the heater and their combined sexual heat as the wind whistled around them. He knew that inside the mansion, the party was still going full blast. Lights shone from every window, sparkling across the snow-covered lawn, and the rumble of music drifted on the air. What he did, and where he did it, was dangerous, but he finally had her alone and he wasn’t about to lose ground. He needed to push forward; too much time had been lost already.

For thirty-six years he’d been a mean, determined bastard – traits his father had instilled in him, insisted upon. He never forgot his purpose, never wavered from his course. Tonight, though, right this minute, he couldn’t seem to force the plan to remain uppermost in his mind.

He wanted Virginia lying naked on the narrow seat, wanted to fit himself between her plump thighs and slide deep, deep inside her. He wanted to ride her hard until she made those sweet little sounds again, until she begged him to give her what she needed.

Her tone wasn’t authoritative now. It didn’t carry the sharp cut of command it normally did. Instead, her voice was low, overcome with need, and purely feminine. As a man, he relished the thought of proper balance with this particular woman who didn’t act the way he expected a woman to act, the way he needed her to act.

She whispered his name again, and when he ignored her, she tightened her strong fingers in his hair. Taking her reaction as one of encouragement, he worked her bra aside, nuzzling with his lips. Her breasts were extremely sensitive and he liked that. He imagined how it would be to make love to her, to find all her sensitive places with his hands, his mouth, his tongue and teeth. He wanted to taste her, to draw her deep into the heat of his mouth, to suck her gently and then not so gently devour her.

He smoothed a hand over her soft, slightly rounded belly and heard her sharp groan. He needed to touch her, all of her. His fingers pressed lower, slipping between her thighs, seeking, provoking, feeling the throbbing heat.

Suddenly, she jerked away. “Dillon, no.”

He heard her gasping, heard the trembling in her tone. She pressed her head back against the seat and closed her eyes.

Reality started to nudge his lust-fogged brain. She couldn’t do this? He was the one who’d been forcing himself for the sake of his plan – at first. His sole purpose in coming to Delaport City, Ohio, had been to seduce her, and in the process gain answers. Reluctance was in no way the proper response from her to his lovemaking. In fact, it was so far out of line with his original intention that he scowled. “Virginia…”

“No,” she said, shaking her head. “No, this isn’t right. Hiding out here with you as if I’m ashamed. I shouldn’t treat you so shabbily. Just because you work for the company and I have the authority to fire you, doesn’t give me the right to treat you with less than full respect.”

As she spoke, her voice gathered strength and she straightened her silk blouse, pulling it down over her breasts. He tried his damnedest to catch a glimpse of that taunting nipple he’d wanted so badly to taste.

Then it sank in. She thought she was treating him badly because they were sneaking? They had to sneak, or his plan would never work. 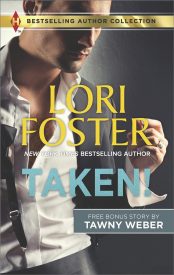 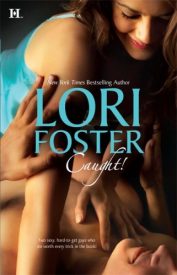 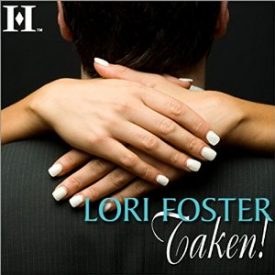 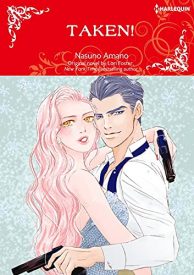