Book 2 in the Brava Series

Some Like It Hot is featured in the anthology Give It Up and is not available on its own. 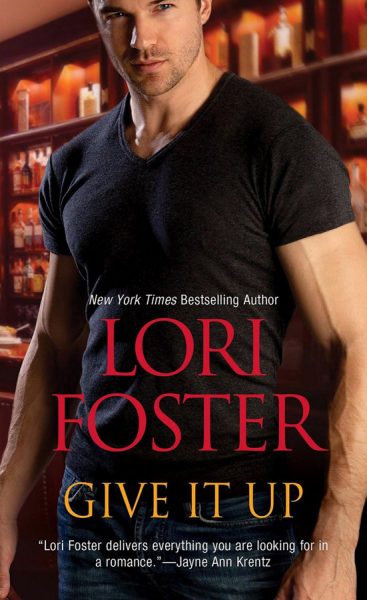 Book 2 in the Brava Series

Some Like It Hot is featured in the anthology Give It Up and is not available on its own.

Family practitioner Cary Rupert wants Nora Chilton so badly he can barely keep a hold of his stethoscope. Now he’s out to prove that when it comes to loving her forever, he’s the man for the job…

is Book 2 in the Brava Series 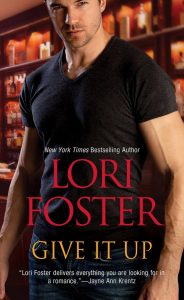 Axel rolled his eyes as if he’d expected no less. “She’s filing papers in the back,” he said, then pointed a finger. “Don’t distract her too much. She needs to finish up before she heads home.” He ducked back into the hallway and disappeared into an exam room.

Cary ‘s heart beat a little faster in anticipation. From the day he met Nora Chilton eleven months ago, she’d always had that effect on him. She stood five feet six inches tall, had light brown hair, and kept her soft brown eyes shielded behind librarian type glasses. Physically, there was nothing to drive a man into a frenzy of lust. But… sometimes these things didn’t make sense, they just were.

He’d been frenzied from jump, and it just kept getting worse, not better. When she smiled, his abdomen clenched as if accepting a punch. Once she’d assisted a pregnant woman to her car, and her gentleness had his pulse tripping. Seeing her in quiet conversation with an expectant father made him tense in what felt too damn much like jealousy. And watching her work, her head bent in just that way, her brows puckered in concentration, caused a slow burn. He loved the way she moved, the gracefulness of her hands, her studious expression behind her glasses.

He wanted her, damn it.

She wanted to remain friendly associates.

Sooner or later, Cary knew he’d wear her down, but until then, his life had been filled with frustration of the sexual and emotional kind. Lately, he’d turned down so many other women that Axel was starting to give him funny looks. But he didn’t want anyone else. He wanted Nora.

Hands deep in his pants pockets, Cary approached the room where his quarry worked. Nora wasn’t alone. Before he’d reached the open doorway, Cary heard her chatting with another female. He stuck his head inside and noticed an older woman running a fax machine.

” Cary ,” he told her, a little peeved that Nora continued to insist on such formality when they were in the office. For crying out loud, there were no patients around, no one to be offended by the fact that they knew each other. Even as he scowled at her, he absorbed her every word. He loved her voice. It was deep and sexy and she had this crooked way of smiling when she spoke…

Nora turned to her coworker to make hasty introductions. “Liza Welch, this is Dr. Rupert. He has an office next door.” And with a mere glance at Cary , “Liza started with us a week ago.”

Liza reached out. “Nice to meet you, Cary.”

He smiled. At least she got it right. “Same here, Liza.”

She started to say more, but Nora adjusted her glasses and stepped forward. “Can I help you with something?”

Nora blinked at his husky tone, blushed – and shook her head. “No, I can’t. I have work to do.”

“Axel’s a slave driver.” He took two steps into the small room, his gaze glued to hers. “You have to eat. I want the company. Your company.” And then softer, coaxing: “Have dinner with me.”

Her lips parted. Her breath stuttered. And a file slipped right out of her hands, scattering papers everywhere.

Cary backed up a step.

“Oh damn!” Frantic, Nora dropped to her knees to gather the papers. Cary stared at the top of her head. Her hair was cut in short wispy curls that look adorable and exposed her nape – a nape he wanted to touch and kiss. She was dressed in a shapeless white nurse’s uniform, and somehow even that looked sexy, despite the rubber soled shoes.

Jesus, he had it bad.

He knelt down to help.

At his nearness, Nora rushed into speech, turning him down once again. “Really, Dr. Rupert.” She snatched a paper right out of his hand. “I’m so busy and I don’t have time to talk right now. It’s going to take me forever to sort this again.”

Insulted, Cary pushed back to his feet. She stood too, the mangled papers clutched to her chest. She looked pugnacious and put out and so damn cute, it irritated him.

“I’m sorry I interrupted.” In a huff, he stalked out.

To hell with it. He wouldn’t ask her again. Of course, he’d told himself that before, but whenever he saw her, the invitation just came out of his mouth, without his permission, without coherent intent from him. She muddled him and made him hot and destroyed his ego with her persistent cold shoulder.

When he didn’t hit on her, she was as pleasant as could be. But let him even hint that he wanted more than friendship, and she shot him down real fast.

Cary had his head lowered, chewing over his turbulent thoughts, when he literally ran into Axel.

“Whoa.” Axel, tall and strong and equally stubborn, stumbled back into a wall. “Where the hell are you going?”

Cary slashed a hand through the air. “Out.”

Shit. He didn’t want Axel in his private business, privy to his turmoil. They shared a lot, but not that, not rejection. Axel never got rejected, which guaranteed he’d find Cary ‘s situation entertaining and fodder for endless prodding.

Cary thought fast and came up with a lame but plausible excuse. “I’m going to start my car so it can cool off. It must be like an oven inside with this damned heat wave.”

“Great idea.” Axel thwacked him on the shoulder, hard enough to be retaliation for the way Cary ran into him moments earlier. “Grab my keys out of my office and start mine too, will ya? I’ll be ready in just a couple of minutes, I swear.”

“Why not?” Cary turned around and retraced his steps to reach Axel’s office. He was glaring toward the room where Nora and the other woman worked when, as he got closer, he heard their voices, and this time the conversation was much more… titillating.

“Why in the world would you turn a stud-muffin like that down?” Liza demanded.

Stud muffin? Cary flattened himself against the wall beside the door.

“Yeah right,” Liza said. “And I’m a nun. You’ll have to tell that tale to someone younger or dumber than me, because honey, I’ve been around the block.”

Cary could hear the smile in Nora’s tone when she replied. “You’re only fifty, not a wizened hundred.”

“Fifty is a lot of years to watch human nature. That young buck scares you.”

“Yes,” Liza insisted. “And I’m nosy enough to want to know why.”

He scared Nora? Ear cocked like a bloodhound, Cary waited to hear more.

Widowed! But she was in her mid twenties – too young to be married, much less widowed.

Liza snorted. “I know, but you’re very much alive.”

How come Liza knew, but no one had ever told him?

“And,” Liza continued, “given the way Cary was looking at you, it’s for sure you’d have a great time if you just gave him a chance.”

“A good time, maybe. But I want what I had. A husband, not a lover. The promise of home and hearth, not just sex.” Nora sighed. “And I want kids.”

Chuckling, Liza said, “Now, I may have just met him, but that young man looked more than potent enough to give you a dozen babies if you want them.”

Cary ‘s eyes nearly crossed. Babies? With Nora? He thought of her pregnant, maybe breast feeding, holding an infant that looked like him or her or both.

“Capable sure, but willing?”

“Maybe you should ask him,” Liza suggested. 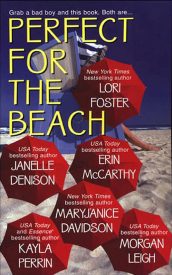