Once in a Blue Moon - Lori Foster 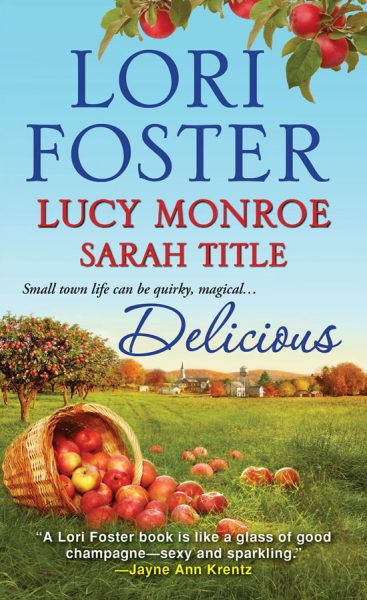 Once in a Blue Moon is featured in the anthology Delicious and is not available on its own.

It’s all because of that stupid blue moon. That’s what Stan Tucker thinks as he walks through Delicious, Ohio, suddenly privy to everyone’s innermost thoughts, a gift courtesy of a rare blue moon. What most people have on their minds is boring—grocery lists, work woes, appointments. But not Jenna Rowan’s super-private thoughts. The pretty, shy bookstore owner is having decidedly hot thoughts about Stan…naked, sweaty, not-for-primetime thoughts. Stan’s lusted after Jenna for ages, but he never thought the proper lady was interested. Now that he knows, he intends to do something about it, and this time, he won’t be the only one howling at the moon…

Reviews of Once in a Blue Moon 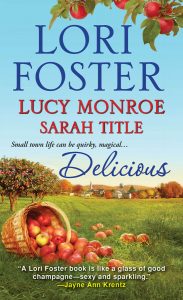 Stan appreciated the novelty of Delicious as much as the laidback, easy pace.

The second he entered the Book Nook, chilled conditioned air hit his heated face and the scent of fresh cinnamon got pulled deep into his lungs. Stan liked the Book Nook, every tidy shelf, polished tabletop, the scents, the colors… and the proprietor. Yeah, he especially liked her.

As usual, his gaze sought out Jenna and he found her toward the back aisle, stocking new books on a shelf. Today she wore her honey blonde hair twisted into a sloppy loop, clipped at the back of her head with a large gold barrette.

He soaked in the sight of her, making note of her long floral dress and flat leather sandals. He’d known Jenna about six months now, ever since he’d moved to Delicious to escape the chaos of Chicago. Thanks to him, her bookstore had become a tourist attraction, not that she gave him any special attention for it.

Jenna treated everyone, young and old, male and female, with a sort of maternal consideration that never failed to frustrate him. He wanted her, but she saw him only as a friend.

In nature and appearance, Jenna was the sweetest thing he’d ever met, caring and protective of one and all. He liked the fact that she was near his age, close to forty. She’d been widowed about three years now, yet she never dated, never gave any guy – especially not him – more than a friendly smile and platonic attention. With just the smallest encouragement from her, he’d make a move.

But she never encouraged him.

When he released the door, the bell chimed, and Jenna glanced up. Dangly earrings moved against her cheek, drawing attention to a dimple that formed when her mouth kicked up on one side. “Hello Stan. All ready for your interview?”

She straightened, and the dress pulled taut over her sumptuous behind and thighs. Unlike younger women he knew, Jenna had a full figure meant to attract men. Feeling strangely intense, Stan strode toward her and for a moment, only a single moment, he forgot to bar the thoughts bombarding his brain.

Like a clap of thunder, Jenna’s nervousness struck him, but at the same time, giddy excitement rippled… and clear as a bell, he saw what she saw: him naked, sweaty, fucking –

Staggered, Stan drew up short. Her thoughts were so incredibly vivid that his jaw clenched and his stomach bottomed out on a rage of sexual desire.

Watching him, Jenna licked her lips and smoothed her skirt with visible uneasiness. “Stan? Are you all right?”

Incredible. She looked innocently concerned when Stan knew good and well what she’d been thinking. Abouthim.

Why had she never let on?

As he continued to stand there, staring hard, absorbing her wanton musings, she laughed. “What is it? What’s wrong?”

Her thoughts were so evident to him, he saw them with the same color and clarity of a movie picture. Her stomach was quivering, deep inside her, down low… Jesus. Out of self-preservation and to prevent a boner, Stan attempted to block her thoughts. Muscles tight, he took a step back, distancing himself physically as well as mentally.

It didn’t help. Sensation continued to roll over him with the effect of a tactile stroke. “Nothing’s wrong.” Except that he was suddenly turned on and they were in a public place and he had an interview to do any second now. 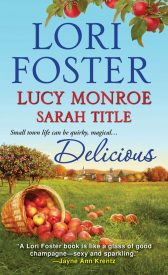 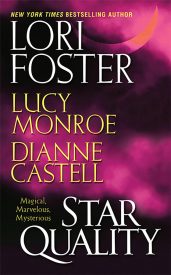