Never Too Much - Lori Foster

Book 2 in the Brava Brothers Series 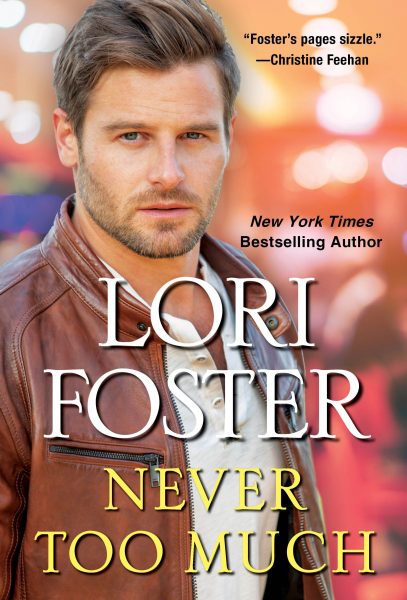 Book 2 in the Brava Brothers Series

One chance at forever…

Ben Badwin likes his women sexy, wild, and as uninhibited as his desires. Nothing like the brash, dirt-covered, wholesomely cute woman who just strutted into his diner. But something about Sierra Murphy’s independent attitude makes Ben’s fantasies run wild.

Sierra doesn’t need a man in her life, not even one as tempting as Ben. But the more she keeps her distance, the more he wants her, and the harder it is for Sierra to steer clear of his teasing touches and his enticing eyes. To get him out of her system, Sierra makes a proposition: she’ll sleep with him, but for one night only. Now it’s up to Ben to turn one night of pure ecstasy into a passion that never ends.

Reviews of Never Too Much

is Book 2 in the Brava Brothers Series 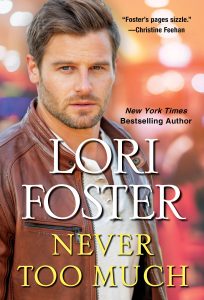 The damp, sultry night air felt thick with the threat of a violent storm. Not a single star glimmered through the ominous gray clouds gently crowding the dark sky. It was the type of night that stirred a man’s blood, made him think of warm mussed sheets and a warmer, mussed woman.

Ben Badwin needed a woman, and he needed her now. Tonight.

Breathing slow and deep, Ben let his mind wander to the carnal image of uncontrolled sex, of raging lust. His muscles tensed as he dredged up several female possibilities, but he dismissed them all as not quite right. A muggy breeze ruffled his hair, drifted against his heated skin through the open collar of his shirt. Ben turned his face up to the night and smiled. He knew what he wanted.

Lately, the thrill of the chase, the chance to seduce, had been missing in his life. But he was a man, and damn it, he liked the chase. He liked testing himself and coming out the conqueror. He liked being a dominant male.

Tonight, the bar and grill attached to his motel was packed. Not only were registered guests eating, playing pool, or drinking, but a lot of truckers had stopped in, as well as some locals who often frequented the bar.

For the most part the crowd remained friendly and free spending, allowing Ben to take a moment to himself. He stood just outside the entry door and surveyed the parking lot. Flood lamps lit the area, showing a collection of shadowed cars and trucks. Business was good, booming even. On that level, at least, Ben was very satisfied.

On another, he burned with edginess.

A little ways down, in one of the ground floor rooms, a door opened. Two attractive, chatty women, probably in their early thirties, emerged. They laughed together as they moseyed toward the bar along the covered walkway. From all indications, they’d already been drinking. They neared Ben, and one with short, stylish blonde hair winked and gave a three-finger wave.

A leggy brunette cocked out her shapely hip. “Helluva night to be hanging outside.” She eyed him up and down and up again with lascivious significance. A long scarlet fingernail touched his naked chest just inside his open shirt. “You should come on in and let me buy you a drink.”

Wishing he felt even a spark of interest, Ben raised his arms in mock regret. “An offer that sweet is hard to refuse, but refuse I must.”

She leaned forward, showing an impressive bosom to advantage. “I promise not to bite.”

Ben couldn’t help grinning. He adored women and their antics, how they flirted and the games they played – the games he always won. “Sweetheart, I don’t believe that for a second.”

The women laughed in delight. “You sure you don’t want to join us?”

They went inside and promptly found new game. Amused, Ben crossed his arms over his chest and leaned back against the clapboard wall. He enjoyed the business, he definitely enjoyed the female attention.

But these days he simply needed more, and he refused to settle for less.

A low rumble, probably thunder from the approaching storm, stirred the air. Ben looked to the sky for lightning, but saw none. The rumbling increased and seconds later the headlights of an ancient truck came around the curve, briefly flashing into Ben’s face before swerving into the landscaping business directly across the street.

A few weeks ago Ben had noticed that the shop, after being abandoned for several months, was turning operational again. He’d noticed new paint, repaired shudders, a clean sweep of the cluttered gravel lot. Truckloads of mulch and plants and such had been delivered and arranged into neat rows.

Ben watched the old battered truck come to a jarring halt with grinding gears and a spattering of the loose rock and dirt. The headlights died, followed by a slamming door. He stared through the darkness, strangely alert.

Inside Ben’s bar, someone started the jukebox, and the rousing tune of “Bad to the Bone” emerged. The base was low and thrumming, reverberating in his chest, in his head.

That’s when Ben saw her.

She came out of the shadows and started across the street toward him. Spellbound, Ben watched as fog seemed to part around her, giving her an ethereal appearance. Somehow her steps, slow and rhythmic, matched the beat of the music, and the beat of his heart.

The reflection of a street lamp glinted off her reddish brown hair. It was tied into a high ponytail that might have been neat at one point during the day but now straggled loose and sloppy around her face. A fringe of bangs, stringy with sweat, hung half in her eyes. She wore a dusty white sleeveless shirt under a pair of coverall shorts with unraveled hems and a pair of brown lace-up work boots over rolled gray socks.

Ben wouldn’t call it feminine attire, but maybe fetish attire? Whatever. She sure got his attention.

He couldn’t help but wonder what kind of panties a woman wore under a get-up like that.

Despite being midnight and hotter than Hades, her stride was long and sure and fluid, matching that provocative music. Bad to the Bone.

She had the walk of a satisfied woman, and it turned Ben on. He’d always found confidence to be very sexy.

Because he stood in the shadows, she didn’t notice him until the last moment, when she was a mere three feet away. Their eyes met, their gazes caught and held. She faltered, then slowly, intently, surveyed him. Her lips parted in surprise.

Ben didn’t move, didn’t alter his relaxed pose against the building. But inside, interest roiled, kicked up his heartbeat and sent his senses – and his male parts – on full alert.

At his acknowledgment, the woman inched closer, but now her every step seemed weighted with caution and curiosity, as if she didn’t want to look at him, but couldn’t quite help herself. When she was directly in front of Ben, her wide, lush mouth tilted and her eyes smiled. She shook her head, as if bemused.

“You ought to be illegal.” Her laughing comment, low and throaty, broke the spell. “It’s a good thing I have a stout heart.”

With that strange, yet provocative remark, she strode on past and into the building. 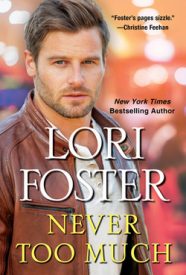 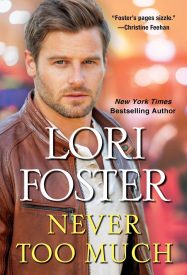 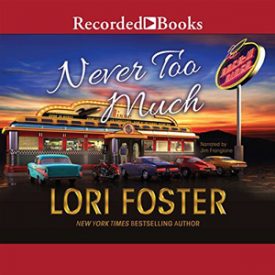