Married to the Boss - Lori Foster 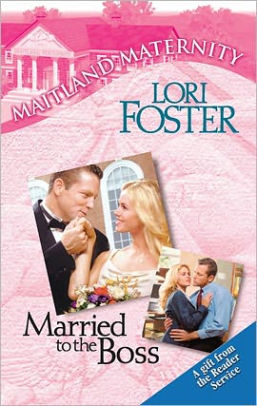 Dana Dillinger had been R.J. Maitland‘s right hand for years—loyal, dependable… and hopelessly, secretly in love with him. So when he popped the question to prove he wasn’t the playboy the press labeled him, she accepted his “proposal.” But where R.J. envisioned a marriage in name only, Dana refused to settle for anything less than his heart…

Reviews of Married to the Boss 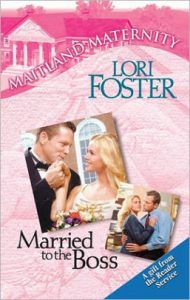 R.J. found his first smile of the day. Though Dana was clearly troubled over the possibility that some of the gossip could be warranted, she still managed to be supportive. Outside of his family, she was the one person he’d always been able to count on, and having her trust now lightened his burden. “I should give you a raise, you know.”

She smiled, too, looking vaguely smug despite the lingering shadows in her eyes. “You just did two months ago.” “Which obviously proves I’m an intelligent man.”

“I won’t argue with you there.”

She touched him again, just the light press of her fingertips to his wrist, but R.J. felt an unexpected, almost acute pleasure from the small caress. The look on her face went beyond ad- miration and regard, bordering on something he’d never quite noticed before. He studied her expression before admitting he wasn’t sure how to deal with it, or his reaction to that look. He felt an all too familiar tightening in his body—for Dana?

“Is there anything I can do to help?” she asked again.

He was still caught up in wondering why she was suddenly affecting him this way. Thinking it through, he decided it could be because his thoughts and emotions had been thrown off base by all the outside turmoil surrounding the scandal. He was likely imagining things where she was concerned, or grasping at any safe line available. And Dana had always been very safe.

Either way, he didn’t like it. He stepped away from her with the pretense of getting back to his desk again to eat the bagel. With a casualness he didn’t feel, he said, “You’ve done more than enough, Dana, just by being yourself.”

After he said them, it struck him forcefully how true those words were. He twisted to look at her again, trying to decide what it was about Dana that made her so different, so easy to be with.

She wasn’t an unattractive woman, he thought, taking note of the soft gray business suit she wore, which made her skin look very pale and luminous, emphasizing the vivid green of her large, almond-shaped eyes.

Her hair, a silky dark blond, was probably long, though he’d never seen it out of its elegant French twist. He started to wonder further about her hair, trying to imagine it hanging loose, a sleek fall around her breasts. Quickly he drew his thoughts away from that direction and the heated images it conjured. He didn’t want to be that curious about her.

Her features were pleasantly balanced, a slim nose, softly rounded cheekbones, a high, smooth forehead. Her ears, which he felt absurd for even noticing, were small and, as usual, adorned with tiny gold studs. Dana wore very little jewelry. In fact, she wore very little adornment of any kind. R.J.’s gaze skimmed her ringless fingers and her smooth throat, where he realized he’d never seen a necklace. She wore a simple white silk blouse buttoned to the top. There were no clasps in her hair, no bracelets on her delicate wrists, no bows or buckles or frills of any kind on her clothing.

His scrutiny apparently unnerved her. As he watched, her lips parted on a shaky, indrawn breath. His thighs tightened, and his eyes narrowed the tiniest bit in speculation.

When his gaze met hers, she blushed, not a dainty, pretty blush, but an amusing splash of color that made her skin glow and look heated from within. He meant to tease her about what she was thinking, but swallowed the words instead. His own thoughts didn’t bear close inspection, and teasing her about what was going on between them could affect their business relationship. That was something he didn’t want, even if he was suddenly noticing things about her that he’d never noticed before.

What really drew him, he thought, feeling relief at the sound and reasonable revelation, was her almost eerie sixth sense of what he wanted and needed, and when. She was the perfect secretary, always one step ahead of him, and he intended to keep her solidly in that role.

Dana shifted slightly as the silence dragged on. “R.J.?”

“I’m sorry.” He turned back to his bagel and took a healthy bite. “My mind is a little preoccupied today,” he said after he’d swallowed.

The tension she’d felt could still be heard in her breathless tone, giving credence to his need for discretion. “No wonder. But it will all work out. You’ll see.” 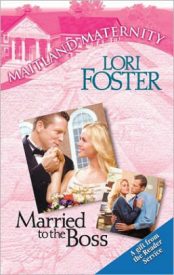 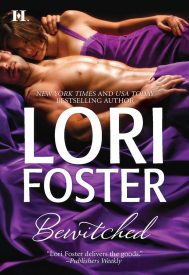 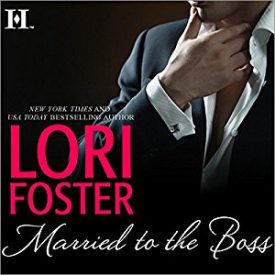 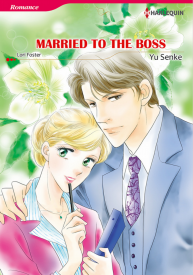