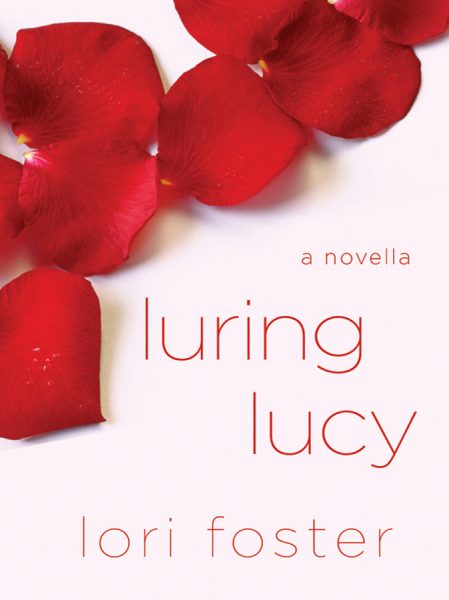 All Lucy was looking for when she went to her vacation home was an innocent fling to quell the yearning she had felt since her husband died four years ago. She never expected her longtime friend Bram to lure her into a love affair so hot. 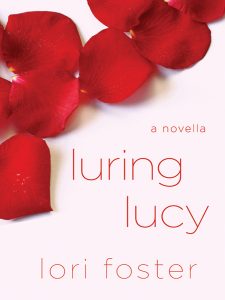 Sweltering air, humid and thick, tugged at his hair and blew over his bared skin as he accelerated the car to seventy-five. He’d left the top of his Mustang down, knowing he’d need the exposure to the hot wind and the faded blue sky to counteract his increasingly volatile mood.

The sun was a broiling white ball, reflecting off the hoods and windshields of passing vehicles, making the blacktop waver and swim from the heat. There wasn’t a cloud in sight along the endless stretch of I-75, promising nothing but more scorching heat. But the heat of the day was nothing compared to the fire pulsing under his skin, demanding release. Anger. Urgency. Lust.

Bram Giles gritted his teeth, and his knuckles turned white as his fingers curled and clenched around the steering wheel. He thought of how the night would end, how he’d make it end, and the turbulent thoughts made his lust expand. No matter what, he wouldn’t let her run from him tonight. He’d been too patient too long and now she had some harebrained idea of indulging in a summer fling. With someone else.

Bram took the exit from the highway on squealing tires and turned left, heading toward the lake community and the woman who had driven him crazy for more years than any man should suffer. By the time he’d realized what she was up to, when that carnal look in her eyes and the way she’d held her lithe little body had finally registered, she’d already gotten a two-hour head start on him. It had taken Bram another frustration-filled hour to throw together some clothes, rearrange his schedule and his plans and get on the road.

Was she flirting even now, trying to pick up the first boater that went by? Had she met someone in town on her way to the lake? Maybe she’d even brought someone along with her, guaranteeing her success.

Whoever it was would be swiftly booted out. 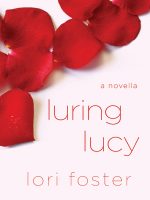 Bram’s foot pressed harder on the gas, speeding the car along until he hit the narrower gravel road that led to her summer house. She hadn’t been to that house in four years, not since she’d caught her husband, David, there with another woman. Bram’s stomach tightened with pain.

David was an idiot, now a dead idiot.

Jesus, Bram still missed him; they’d been best friends who were also like brothers.

But more than that, more than anything else in the world, he wanted David’s widow. Bram had always wanted her. He had taught himself to live with the clawing desire, to push his needs deep down into his soul so no one else would ever know. But now, she was free and obviously over her grief. Now she was ready.

Tonight he would have her.

The winding turns on the old country road forced Bram to slow the Mustang, but it did nothing to slow his thoughts. Sweat trickled down the middle of his chest and stuck his hair to the back of his neck. Was she eyeballing some guy right now? Was she making plans? Handing out come-ons?

Bram wiped the sweat from his brow and cursed. Once he got to the summerhouse, he’d jump into the crisply cold water of the lake to cool off – after he’d set Lucy straight on how things were going to be between them from now on.

He wasn’t giving her a choice.

By the time Bram slipped the Mustang into the sloping drive cut out of the side of the hill behind the house, he almost had himself under control. The road was the highest point on her property, with the land dropping downward toward the lake and the house built in between. The house faced the lake with patio doors and a long, wide deck, while the back butted into the hill, surrounded by mature trees. It was because of the higher vantage point of the road that Bran saw her immediately.

His temper kicked into overdrive at the same time that his lust nearly consumed him.

Lust always rose to the surface when he got near Lucy. As he looked over her from top to toes, Bram cursed softly under his breath. At thirty-nine, Lucy was one sexy-as-sin woman, all lush curves and mature angles. Never before had he seen her put those assets on display.

Today, she was most definitely flaunting her wares. For another man.

He drew a deep breath and concentrated on not being a brute, on not storming down the hill and terrorizing both Lucy and the guy ogling her by letting his temper loose. It wasn’t easy, not with her looking like that.

A sexy little pair of cutoffs, unlike the longer, more staid walking shorts she generally favored at home, hugged her rounded ass like a lover and left a long length of lightly tanned thighs exposed to the casual viewer. Her silky dark hair hung loose to her shoulders, playfully teased by a soft hot breeze, and her bare feet nestled in the thick summer grass.

Worse than that – or better, depending on your point of view – she had on a cream-colored halter top that left her back bare and had the young worker she spoke with fidgeting with lecherous interest. The worker kept looking at her chest, and Bram had the horrible suspicion that her nipples could be seen through the soft material.

A haze of red clouded Bram’s vision and he slammed his car door hard, deliberately alerting them to his presence. Both Lucy and the worker, unaware of him until that moment, turned to look up the hill. Lucy shaded her eyes with a slim hand, but the worker took two steps back, obviously seeing the fury in Bram’s face despite the mirrored sunglasses still covering his eyes.

If the guy had any sense at all he’d have already abandoned the mower and headed for his service truck.

Lucy started up the hill, her brow pulled into a worried frown. Bram saw that her nipples were, in fact, puckered against the material and quite noticeable. Every muscle in his body tensed in reaction.

“Bram? What’s wrong?” Then with a touch of panic: “Did something happen to the kids? Are they all right?”

Her anxiety smote him hard. Damn, he hadn’t meant to scare her; she was a mother first and foremost – which was one of the most appealing things about her. Ignoring the nervous worker as he headed straight toward Lucy, Bram rumbled, “The kids are fine, Lucy. They’re at Marcy’s.”

Her gaze skipped over him, from his athletic shoes up his bare legs to his wrinkled shorts to his sweat-dampened T-shirt with the sleeves cut off. “But I thought you were taking them camping.”

Bram had thought that was the plan, too. As an honorary uncle to David and Lucy’s two teenage children and as David’s best friend, he’d filled the bill of doting uncle rather nicely. The kids loved him, and he loved them – just like they were his own. They’d willingly agreed to accept Marcy as the provider for the next week when he’d told them something vitally important had come up. At fourteen and sixteen, they didn’t need a babysitter, but Lucy insisted that an adult be available in case of an emergency.

Bram took his responsibilities to the kids seriously and had made certain they were settled securely before he’d been able to leave.

He hadn’t told Karyn or Kent why he had to renege on their camping trip, but he could tell by the look on Marcy’s face that she understood. She was Lucy’s best friend, the only one who hadn’t gossiped about her during the divorce and the horrible scenes that David had caused. Oh yeah. Marcy knew that Bram wanted Lucy. The woman wasn’t blind.

Not that Bram minded. Soon everyone in Lucy’s neighborhood and his own would know that he was staking claim, and to hell with any gossip that might ensue.

Lucy glanced nervously at the worker as Bram descended on them. She was confused by his appearance and probably disheartened to have her illicit tryst interrupted. The little darling had been on the make, and she’d apparently already picked out a conquest.

Bram didn’t slow in his pace and stalked right up to Lucy until he stood mere inches in front of her. Her long dark lashes left feathery shadows on her smooth sun-kissed cheeks, and her full mouth was parted slightly. Her eyes, so clear and bright a blue they put the sky to shame, watched him warily.

Bram felt his own flesh heating with sweat, and it had a lot more to do with the proximity of his woman than it did with the unrelenting sun.

“Bram?” Her voice emerged as a breathless whisper, uncertain, a tiny bit frightened. And, if he didn’t miss his guess, tinged with sudden awareness of him as a man. “Why are you here? What’s going on?”

Showing his teeth in what Bram hoped looked more like a grin than a warning, he growled, “Because I missed you, of course.” Then taking her totally by surprise, he caught her arms above her elbows, lifted her to her toes – and kissed her the way he’d been wanting to kiss her for a very long time.

Her parted lips gave him the advantage, letting his tongue slip in deep to taste the sweet hot recesses of her mouth and move lazily along her own tongue. Lust boiled inside him, savage and hungry – and it was just a kiss.

Bram could only imagine how intense it would feel when it was his cock sliding into her tender body, when her legs wrapped tight around his waist and he could fill his hands with her breasts, her luscious ass. He nearly groaned with the thought, imagining her hot and wet, thinking how tight she’d be after four long years of abstinence.His testicles tightened and he did groan, low and raw.

Lucy was obviously stunned by his primal display, but the worker got the message loud and clear – just as Bram had intended. 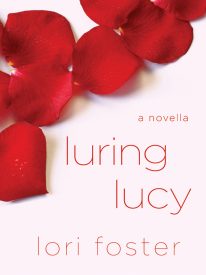 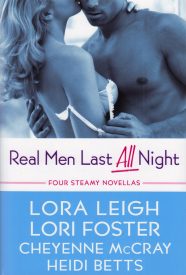 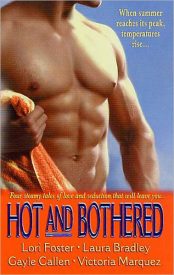