Book 2 in the Body Armor Series 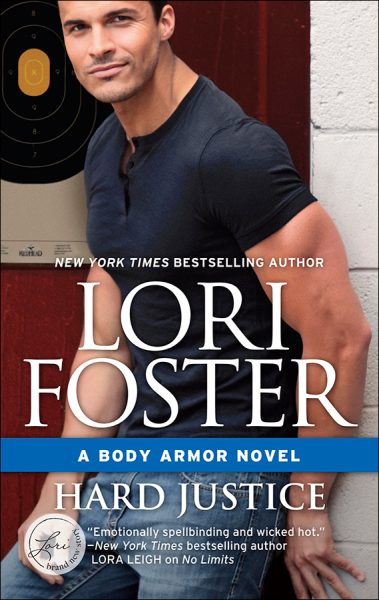 Book 2 in the Body Armor Series

Playing it safe has never felt so dangerous…

Justice Wallington knows how to harness his strength and intimidating size—skills he put to good use first in the MMA cage, and now as a bodyguard at the Body Armor agency. But no opponent has ever left him feeling as off balance as his new client, heiress Fallon Wade. Far from a spoiled princess, she’s sweet and intriguingly innocent. It’s a risk-free assignment, until he’s required to fake a relationship with her in order to blend in.

Sheltered from the world after a family tragedy, Fallon longs to experience life—going to bars, dancing, talking to strangers. Not easy with a huge, lethal-looking bodyguard shadowing her every move. Justice seems like her polar opposite, but pretending to be a couple stirs undeniable heat. And when danger strikes again, it’s not just her safety in jeopardy, but a passion that’s real, raw and absolutely against the rules…

is Book 2 in the Body Armor Series 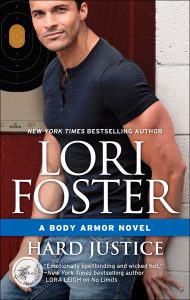 When the doorbell rang, Fallon Wade’s heart jumped into a beat so furious, it stole her breath. He was here. She wasn’t ready, would never be ready, but she hadn’t been given a choice.

Opening her bedroom door very quietly, she tiptoed to the staircase landing and peeked over.

Her father and mother stood before the man, in her line of vision. But it didn’t matter. He towered over them and it’d take a giant to block him. Holy smokes. He had to be at least six-five.

Muscles bulged everywhere. Like… seriously. Everywhere. Shoulders, biceps, chest, neck; he stood in a casual pose, if a brick wall could ever be casual.

Dark hair stuck up in a messy faux hawk. An untrimmed goatee mixed with beard shadow covered a hard, square jaw. And his nose…well, his nose looked as if it had been broken. At least once.

Oddly, none of that detracted from extremely rugged good looks but rather added a dangerous, sexy edge. He certainly looked more than capable of providing protection.

While her father, no doubt a little shell-shocked, prattled on about what was and wasn’t acceptable for his “precious daughter,” the man shifted his weight, crossed his arms, and with polite impatience, listened.

Until he glanced up at her.

It was a passing glance at first, as if he’d felt her scrutiny and was only mildly curious. But then those dark sinner’s eyes shot back and locked onto her.

Fallon couldn’t have been more flustered if he’d reached out and touched her.

Her father, realizing he’d lost his audience, jerked around to see her, too, and then her mother as well.

With all eyes on her, Fallon cleared her very dry throat and squeaked, “I’ll be down in a minute.” Escaping back into her room with alacrity, she closed the door and collapsed against it.

Hand to her thundering heart, she thought: potent.

Not at all what she’d been expecting.

Okay, maybe having a protection detail wouldn’t be so bad after all. She had prepared to meet the usual Men in Black clones, with the requisite suit, dark glasses and grim expression.

Instead he wore sneakers, faded jeans and a graphic T-shirt with an open flannel for added warmth. If she hadn’t heard her father lecturing, she would have assumed him to be someone else.

Or, given his cross demeanor, something more nefarious – like a burglar.

It took Fallon a few seconds more to get her feet moving, then she darted to the closet with new excitement. Shoot, even having a bodyguard would be an adventure when the bodyguard looked like him.

She stepped into her flat-heeled shoes, found a cardigan to pull on over her top and chose a scarf to drape around her neck. She didn’t particularly like the outfit, but no way would she make him wait while she went through her wardrobe.

After one last fluff of her brown hair and a quick swipe of gloss over her lips, Fallon squared her shoulders, filled her lungs with a fortifying breath for courage, and ventured forth.

The second she stepped out, she heard his deep voice.

Her father choked, turned it into a cough, and said with authority, “She is not to be alone. Not for a single second.”

Alarmed, her father corrected, “But not too close.”

“No one is to get too cozy with her either.”

“She’s naive and doesn’t understand that thugs…” Here her father paused for effect, his narrowed gaze on the man. “…might try to use her to get to her wealth.”

“Well…no.” Her father harrumphed in that familiar way that showed his annoyance. “But it’s a very real concern.”

“Anyone know her itinerary?” the man asked.

“Even we don’t know,” her mother explained.

“That’s good then. Not like anyone can plan to use her if they don’t know where she’ll be.” The bodyguard sounded accepting to all the rules. “Don’t sweat it.”

Fallon strangled on a breath. Dear God, he’d just told her mother “not to sweat it.” In her memory, no one had ever spoken to the refined Mrs. Rothschild Wade in such a way.

It was, Fallon decided, somewhat hilarious.

“I realize it all seems extreme,” her father said. “But Fallon is delicate.”

No I’m not, Fallon wanted to shout. She’d never been delicate. It was her parents who couldn’t deal, who couldn’t move on. Their worry had all but crippled her – and she’d help. In trying not to add to their burden, she’d made things worse. For their sake as well as her own, she had to make some changes.

With a note of humor, the big guy replied, “Promise I won’t break her.”

Fallon snickered, but her mother just stared, so her father rushed to reassure her. And Fallon just wanted to get out the door with her hunky new bodyguard before her parents had a complete meltdown.

Tonight was a meet and greet, and hopefully the path to fun and cutting loose and finally being free. Safely. If all went well, if the bodyguard suited her, she’d get to be on her own, living her life without the shackles of the past. Limited, yes. There were some things that, for her, would never change.

She’d had a very sharp reminder of that lately.

When she reached the landing at the top of the curving staircase, she saw that he stood there at the bottom.

Again his gaze trapped her. He had a way of staring that consumed a person. Beside him her father looked small, even though Clayton Wade stood nearly six feet tall and looked very distinguished with his silver tipped hair and impeccable manner.

Holding the handrail and attempting a smile, Fallon started down.

“You will remember your place,” her father said to the man.

“As an avuncular escort who will, at all costs, ensure her safety.”

Fallon wanted to disappear. Did her father honestly think that massive hunk of macho man would be attracted to her?

He looked merely confused, not insulted, so she rushed to move beyond her father’s awkward reprimand.

What did that mean? Did he regret the assignment already – or was he expecting her to regret him? She waited, but he said nothing else, just tracked her every step as she descended.

As she got closer, she said, “Mr. Wallington,” in formal acknowledgement.

“Justice will do, Ms. Wade.” His gaze skipped quickly down her body, then forcefully back to her face. He looked to be concentrating.

Did he just check me out? Fallon wasn’t at all sure, but it felt like it and her voice went squeaky again. “All right. Then you must call me Fallon.”

He tugged at a thickened ear. “Works for me. I’m not much for ceremony.”

That prompted her father to start lecturing again. “She is not to be out of your sight.”

“If anything happens to her, we will hold you and the agency personally responsible.”

“That I am.” Though Justice spoke to her father, he didn’t look away from Fallon and she shivered at the deepness of his voice that stroked over her skin like a warm caress.

“She also said you were a professional fighter,” her father continued.

“Was once,” Justice agreed. “I fought with the SBC, but I don’t compete anymore.”

Ah, a fighter. Fallon gave him another quick glance. She supposed that explained the damaged ear, crook in his nose and the outrageous hairstyle. “Not a boxer,” she guessed.

“Mixed martial arts, so kicking, grappling, submissions, but yeah, I’m a pretty good boxer, too.” He jokingly threw a few shadow punches, then, with a glance at her dad, quickly sobered. “Not to brag or anything.”

With a critical eye, her father said, “Admittedly, you’re not what I expected.”

“You were looking for Rocky Balboa? The one in the later movies, not the first? He did get slick in the last few, huh? That’s not me, though. Never will be.”

Such an outpouring left her father stymied for a moment. “Well, my wife and Ms. Silver did suggest that you’d be able to blend in.”

Fallon remained on the last step – and still Justice towered over her. She smiled up at him. “That was my stipulation. That you be able to blend, I mean. I didn’t want a bodyguard to be super conspicuous. But seeing you now, I can’t imagine you blending in too easily.”

“You’re rather large to blend.”

“Depends on where we go, right?” He took her elbow and very unnecessarily helped her down the last step. “Bar, club, steakhouse, no one will pay much attention to me. In this house?” He looked around as if a little put off by the grandeur. “Or a fancy party?” He rasped a big hand over his beard stubble. “I can shave, spiff up a little and force myself into a suit, but that still might not do the trick.”

Fallon couldn’t help but laugh; she found this bodyguard completely delightful. “Well, we’re lucky that there aren’t any parties scheduled.”

“Fallon,” her mother said, her expression curious and expectant. “Are you absolutely certain -”

“Yes and yes,” Fallon replied with enthusiasm, hoping to stem their concerns. Spinning around, she embraced her mother in a tight hug. “I’m very certain, Mother.” Next, she embraced her father. “Please don’t worry, Dad. It’s absolutely fine, I promise you.”

“What time will you be home?”

She smiled as she rolled her eyes. “I don’t know, Dad. I’m twenty-four, so I might just stay out all night.”

Appalled, her father again looked at the man. Her mother lifted her brows.

Wincing inwardly, Fallon glanced back and said, “That is, unless you have a -”

“I’m yours for the night. Keep me as late as you want.”

Everything he said sounded somehow more personal, even intimate. Or maybe that was just her male-deprived brain doing some wishful thinking.

Her smile quavered, but this was too important to turn chicken now. “Perfect. Then if you’re ready..?”

The corner of his mouth quirked up. “Was born ready.” He swept a hand toward the door in a ridiculously gallant gesture. “Ladies first.” 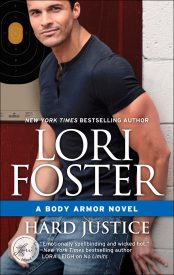 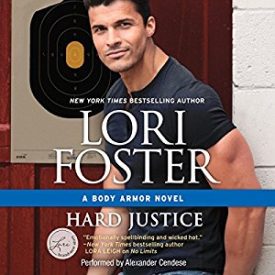 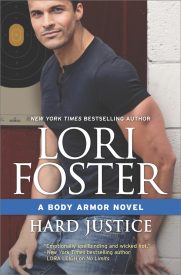 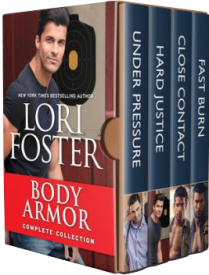