Good With His Hands - Lori Foster

Book 3 in the Watson Brothers Series

Good With His Hands is featured in the anthology The Watson Brothers and is not available on its own. 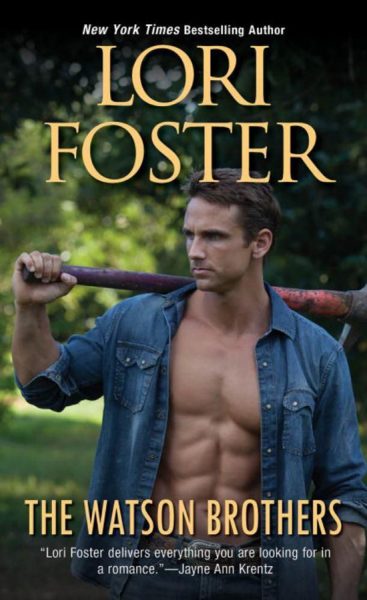 Book 3 in the Watson Brothers Series

Good With His Hands is featured in the anthology The Watson Brothers and is not available on its own.

As best friends, Pete Watson and Cassidy McClannahan have a “no sex” relationship. It may be a rigid rule, but it works–until Pete decides he wants to push the line and transform himself into the perfect guy he thinks Cassidy wants.

Reviews of Good With His Hands

is Book 3 in the Watson Brothers Series 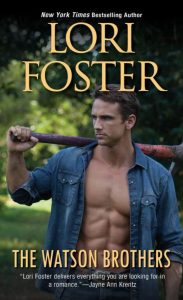 Pete Watson smiled as he watched Cassidy McClannahan get out of her spotlessly clean white Ford Contour. It was a familiar thing, smiling at the sight of Cassidy. Which meant he smiled a lot these days because he saw her everyday, everywhere he went. They worked together at the Sports Therapy center and they lived in adjoining condos, thanks to the fact that Cassidy told him when one of the units became available. They left the same time in the morning, came home the same time each day.

It was nice. Routine. As predictable as being married – but without the chain chaffing around his neck.

But hey, that kept it simple and easy. Besides, he could probably have sex with Cassidy if he wanted. But he didn’t. Not really.

The spring breeze played havoc with her super long, too curly brown hair, whipping it into her face until, in disgust, she dropped her grocery bag and grabbed the mass with both hands.

She was such a contradiction, so much a woman in some ways, so oblivious to her own femininity in others.

Sidling up next to her, Pete said, “You should have put it in a ponytail.”

He laughed. Her reaction to him fell into the oblivious category. She treated him like an asexual pal. Joking with him, putting him down sometimes. And she never, ever primped or prettied up for him. Nope, Cassidy didn’t want him. Still, he could get her if he wanted to.

He just didn’t want to.

Scooping up her bag, which weighed a damn ton, Pete said, “Come on, Rapunzel. I’ll help you inside.”

She eyed his bulging biceps as if she didn’t see them every day at work. But it wasn’t a look of admiration, just one of observation – the same sort of look she always gave him. Unaffected. Non-sexual.

Finally she looked away, saying, “Don’t strain anything.”

Yeah right. She knew better than most that he was in great shape. “What the hell did you buy, anyway?” Part of their routine for Friday was stopping at the grocery store. Since their eating habits were like night and day, the separated in the store, but met up again in the parking lot. He’d only bought enough lunchmeat and bread to last him through the week, but it felt like Cassidy had bought bricks.

While she rolled up her driver’s side window and locked her car door, she listed off her purchases. “Baking potatoes, steak, corn on the cob, and a six-pack of pop.”

“Got a big night planned?” Pete knew she didn’t. Cassidy almost never dated. In fact, he couldn’t remember ever seeing her date. That made him stop and think.

Well. That was pretty damn vague. Frowning, Pete waited to see if she’d invite him to join her. But she didn’t. She never took the initiative. If he asked, she’d smile and tell him what time to show up. But why the hell did he always have to ask? Couldn’t she just once extend the invitation? Another contradiction. They always enjoyed each other’s company, but she never deliberately sought him out.

He loped beside her as they went up the tidy walkway to her front stoop – which was right next door to his, a mere fifteen feet away.

Assuming he’d follow, she unlocked her door, pushed it open and strolled inside, kicking her sneakers off the moment she got in. Out of the wind, she released her long hair and Pete watched as it tumbled free down to the small of her back, swishing above her plump ass.

Pete shook his head. She stayed in great shape, was always clean and well dressed, but she paid zero attention to feminine details like her hair and nails. She didn’t wear make-up or perfume – not that she needed to. She always smelled great, even sweaty. And she had a healthy, robust complexion.

Robust? Yeah, that’s how normal men should think of women. Half disgusted, half embarrassed, Pete shook his head at his odd musings.

He’d asked Cassidy once about her long hair and found out she only washed and dried it. No curlers, no trims, no highlights. He’d never known a woman who didn’t spend hours on her hair. When it got humid outside, her hair drew into long bouncy ringlets that looked adorable.

Like Cassidy, her place was clean and comfortable but not overly decorated. It overflowed with plants and posters and throw pillows. By rote, Pete trailed her into the kitchen.

“You want some coffee or something?” She didn’t wait for him to reply, but began filling the carafe, proving how predictable he’d become. He should politely decline and head home, maybe throw her off a bit. But he didn’t.

“I can take one cup.” Pete set their groceries on the counter, pulled out a kitchen chair and sat.

With the coffee preparations complete, Cassidy set out mugs and sugar before turning away. “Be right back.”

Pete tilted his chair onto the back legs. It dawned on him that he’d known Cassidy about eleven months now. Not that he was counting or anything, but maintaining a close platonic relationship with a woman other than his sisters-in-law for almost a year had to be some sort of personal record. Usually if he knew a woman any length of time at all, he either dated her or was merely acquainted, not friendly.

The thing he’d first noticed about Cassidy – after that abundance of super soft, crimped hair – was her focus. They’d spoken for about an hour his first day on the job, and in that time he realized that she had it together more than anyone he knew. If you asked Cassidy where she wanted to be five years from now, she could tell you. She knew where she wanted to work, where she wanted to live. She even claimed to know the type of guy she wanted to one day marry.

In comparison, Pete didn’t even know where he wanted to be next week. Not that he intended to leave his job, his home, or Cassidy’s friendship. But after finishing school and working three different jobs before settling at the sports center, he often felt unsettled, as if he was somehow missing the big picture.

Not Cassidy. She set new goals daily and worked hard to reach them. Maybe that’s why she didn’t date, she was too busy meeting her goals. Pete frowned in thought, trying to remember if any of their male clients had ever hit on her.

No one specific came to mind, but then everyone, young and old, male and female, loved Cassidy. She laughed a lot, honest laughter, not the trumped up, polite kind. She also had nice eyes. Sort of a wishy-washy blue/green that managed to be awesomely direct. Honest, like her laugh.

She was built well enough, of course. On the short side. A little too muscular, given all the time she spent being physical on the job, but trim and fit. She had a body guys would notice…

And why the hell was he dwelling on her body anyway?

Pete stood up and went to her patio doors. With his hands stuck in his back pockets, palms out, he contemplated the darkening sky. Looked like another spring storm on the way. Trees swayed under the wind. Heavy gray clouds raced by. He slid the glass door open so the fragrant, moist air could come in through the screen, wafting around him, stirring his senses.

Now that he’d thought of Cassidy’s bod, he couldn’t stop thinking of it. And that was strange because he preferred his ladies on the prissy side. He enjoyed watching a woman fuss with her hair, fret about her nails, and reapply her lipstick. It was so intrinsically female.

Dawn, the woman he’d most recently stopped dating, had done a lot of fussing. She was a corporate exec, smart, lots of ambition, and sexy as hell in a power suit. It had teased Pete, the way she’d pair a short snug skirt, high heels and red lipstick with a business jacket that begged to be unbuttoned. The attire emphasized rather than diminished her femaleness. Her glasses were a bonus. The way she pulled them off whenever she meant to get intimate had really turned him on.

Speaking of turned on… Pete watched as Cassidy strode back into the room. No business suits, heels or glasses for her, but unlike Dawn, Cassidy never bored him.

Her hair was now pulled up into a high, sloppy knot, haphazardly clipped into place. Long twining hanks of hair fell loose to her shoulders, around her small ears. She’d changed into a football jersey and cutoffs. A really big jersey – and really short shorts.

Driven by some inner perversity heretofore undeveloped, Pete leaned back against the doorframe and smiled. “Your ass looks nice in those shorts.”

A slight pause, then: “Thanks. You want a cookie with your coffee?”

His jaw locked. Thanks? That was it? No more reaction than that? Pete folded his arms over his chest. “How about I take your ass with my coffee?” 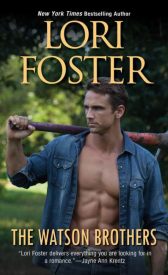 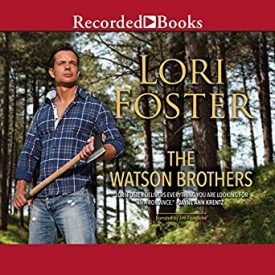 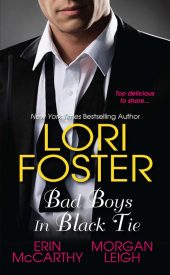