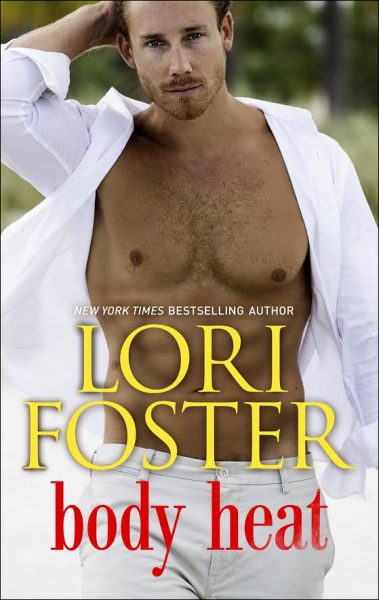 The last person Melanie Tucker wants to find herself trapped with on a party boat is her nemesis, Adam Stone. As always, he’s too smooth…and a bit too sexy for comfort. But when they both fall overboard—and wind up stranded together—Melanie just can’t resist all the delicious body heat smoldering between them… 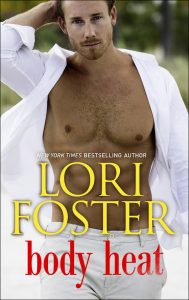 She was the only female fully clothed.

On an enormous party boat filled with people, a dozen half-naked women vying for masculine attention, her subtlety made her stand out. And he wasn’t the only man noticing, a fact that was starting to get to him.

He should thank her. After all, he needed all the distractions he could get right now. Trying to keep his mind off the importance of the deal he’d finalize once they reached Marco Island was making him crazy. He’d worked long and hard for this day, and now it was almost at hand.

She walked to the railing, leaning out over the clear blue Gulf waters, watching the sky and the endless seas; she seemed aloof. A damp, salty breeze picked up and plastered her loose, colorful skirts to her body, emphasizing a sweet little bottom and long legs.

Adam Stone shifted his carry-on bag from one hand to the other, then flexed his fingers. The expensive leather bag, bought for him by his younger brother, Kyle, was a celebratory gift specifically for this trip. The bag was attached to his belt by a long leather strap, securing it to his person. It held important papers as well as a sizeable check. Beyond that, the bag held significant sentimental value. This bag was a sign of his future, his family’s future. There was little chance of being robbed on the yacht, but his innate sense of caution was hard to shake off when so much was at stake.

He considered approaching the woman, but held back, mostly because he knew he didn’t have time to get involved beyond small talk. Not only that, she appeared to be ignoring all the males on the boat, himself included. So far, she’d kept her back to him, almost as if she knew of his interest and rejected it out of hand.

The Florida sun was hazy today, the sky overcast, but that didn’t deter the bikini-clad boaters who approached him. They’d been coming on to him since he’d climbed aboard, determinedly seductive, despite his disinterest. All his attention remained centered on that elusive woman as she walked away, separating herself from the crowd once again.

Without his usual charm, Adam excused himself to follow her. It was her glossy black hair he spotted first. Even without the glare of sunshine, that dark hair shone silky soft. The wind ruffled the short, fine curls and sent her colorful skirts billowing like a flag.

Ridiculous that seeing the shape of a slim thigh through a filmy skirt should have such an effect when he’d just walked away from a topless woman, but there was no denying his interest. He felt it clear to the bottom of his stomach, and somehow the feeling was damn familiar.

Her elbows were braced on the handrail, so he could easily trace the feminine line of her nape, her spine, down to a narrow waist. Her halter top, modest in comparison to the tiny bikinis, still afforded him a teasing view of honey-colored skin and tempting curves. Enthralled, he stepped a little closer, again shifting the bag in his hand.

She hadn’t yet noticed his approach. With a single sigh that her detected even over the loud music and the rush of the water against the hull, she lifted her face to the breeze. Adam stepped slightly to the side, curious to see her profile, to decide if her looks warranted all this interest she’d generated in him.

His shock almost knocked him over.

Rather than turning to him with equal surprise, she abruptly stiffened. Her hands gripped the rail a little harder, and she slowly swiveled her head in his direction. Eyes narrow, mouth set, she said, “Old habits die hard, I see. But the name is Melanie. Ms. Tucker to you.” 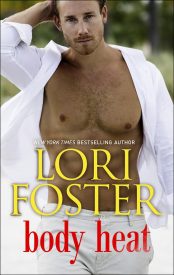