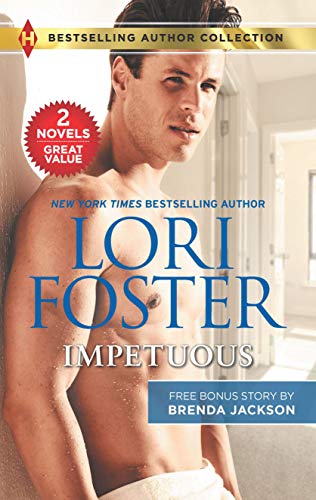 An anthology featuring the novella Impetuous by Lori and Surrender by Brenda Jackson, a special bonus book.

When she was bad, she was better!

Grade school teacher Carlie McDaniels trades in her frumpiness for the look of an exotic harem girl, at least for one costume party. So long, spinsterhood—and hello tall, dark and handsome Tyler Ramsey….

Even after the best night of their lives, Tyler hasn’t guessed the identity of his harem hottie…and Carlie plans on keeping him in the dark. After all, a gorgeous guy like Tyler would never fall for his smart-talking best friend. And Carlie’s not sure she wants to know what would happen if he ever unveiled the naked truth! “You can’t be a coward forever.”

Carlie chuckled, despite her nervousness. “Quit pushing, Bren. You’re not going to provoke me into rushing out into the party dressed like this.”

“Rushing? You’re already ten minutes late.” She had parked in the back of the house, away from the main flow of human traffic entering the party. Small, twinkling lights surrounded the pool and pool house, even though the weather was too brisk for swimming.

“And that’s your fault. What were you thinking, to pick me a costume that was so…so..” Carlie couldn’t quite find the words to describe the skimpy harem outfit her best friend had chosen for her. If she had to go to Brenda’s stupid Halloween party at all, she would have preferred to be a pumpkin or a witch. Anything that was less revealing.

“So…what? You look fantastic. What’s wrong with that? I want you to have fun tonight. I want you to loosen up a little and try socializing. Talk to people.”

“You mean men, don’t you?” Carlie shook her head. “I’m not a hermit, Bren. I have my students and more than enough school activities to keep me busy.” Then she glanced down at herself. “What were you thinking?”

“You said you didn’t have time to pick out an outfit yourself.” Brenda lifted one shoulder in a halfhearted shrug. “Besides, you make a very sexy harem girl. All the single men here tonight will drool. It’ll do you good to realize how attractive you can be when you aren’t hiding behind those hideous suits.”

Carlie winced. She was feeling far from attractive. Exhibited, displayed and downright exposed was more accurate. She was pretty certain she looked ridiculous more than anything else. “Which single men, exactly, did you invite?”

Brenda waved her hand in dismissal. “You’ve met almost everyone, I think. Some of Jason’s associates, a few neighbors, friends…Tyler.”

Carlie went perfectly still for a heartbeat, then frowned at Brenda. “Tyler Ramsey at a costume party? I didn’t think your notorious brother-in-law would bother with something so-”

“I wasn’t. I just thought fancy banquets were more his speed.” Carlie couldn’t imagine Tyler dressed in a costume. He always seemed so…suave. And he always had a very sophisticated, very elegant woman on his arm.

“Tyler came because Jason asked him, and he would never let his brother down. You know how close they are.” Brenda shook her head and added, “you know you and Tyler actually have a few things in common.”

“You just don’t understand Tyler . He had it pretty rough growing up, too. Then she touched carlie’s arm. “But at least Jason was always there for him.”

“My brother had his own life,” Carlie said. “And he was right, my problems were my own.” 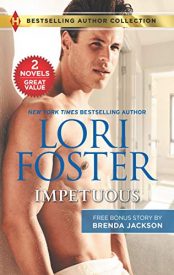